In 1955, the broadcaster CBS proposed a deal with drugmaker Bristol-Myers (as it was then known) to sponsor a new TV show, Alfred Hitchcock Presents.

In 1955, the broadcaster CBS proposed a deal with drugmaker Bristol-Myers (as it was then known) to sponsor a new TV show, Alfred Hitchcock Presents. The show, scheduled to premier later that year, would be a weekly anthology series focused on crime and mystery stories.

The unique selling point was that Hitchcock himself was to appear on screen, introducing and signing off each episode. Film directors were not particularly familiar to the public at the time, but Hitchcock was something of an exception, thanks to his fleeting appearances in his own movies. Spotting his portly presence tended be a moment of light relief amid the mounting suspense. The Bristol-Myers deal was clinched.

Bristol-Myers was the manufacturer of Bufferin; this and the company’s other products would be pushed during the show’s commercial breaks, a process that was already de rigueur on American network television. But the drugmaker got more than it initially bargained for. Hitchcock proved to be as audacious in front of the camera as he was behind it. And one of his on-screen innovations was to ridicule the sponsor at every available opportunity.

Such mischief began at the start of the series. At the conclusion of Episode 1 (“Revenge”), Hitchcock warned, “Crime does not pay, not even on television-you must have a sponsor.” He got more courageous as the season progressed.

Before the sponsor break in Episode 11 (“Guilty Witness”), Hitchcock announced, as if struggling to read the words, “And now for some unadorned facts, presented hon-estly and can-didly and with im-part-iality and ob-jec-tivity…”

Just after the Bristol-Myers ad spot in Episode 28 (“Portrait of Jocelyn”), he was seen slowly clapping his hands with delicate contempt, intoning “Bravo! That was a real show-stopper, in every sense of the word.”

By the following week (“The Orderly World of Mr. Appleby”), he was almost snarling, to comic effect: “Before I say goodnight, my sponsor would like to bring you an important message. I needn’t tell you to whom it is important.”

Of course, these quips were not really the kind of off-the-cuff comments you might get away with in the uncharted territory that was Fifties’ live television (although much of the contemporary audience believed they were). Hitchcock’s segments, like the rest of the show, were filmed in advance of broadcast, the scripts having been submitted to Bristol-Myers for approval.

It was one thing, though, to see a slightly ambiguous line on paper, another to have Hitchcock perform it. His capacity for expressing mordant sarcasm through facial expressions and tone of voice was new to most viewers, Bristol-Myers executives included. A review in Time magazine likened Hitchcock’s attitude to his sponsor to “a fastidious man brushing a particularly repellent caterpillar off his lapel.”

Bristol-Myers was unsure at first, but soon grew to appreciate Hitchcock’s barbs. Why wouldn’t it-the show was achieving a 29.5 Nielsen rating. By 1956, it was the sixth-most-watched program on American television. The public seemed to love Hitch’s mocking of the sponsor most of all. But, importantly, they also remembered the products that were being advertised.

So Bristol-Myers relaxed and joined in the fun. It even recruited Hitchcock to front a print advertising campaign for Bufferin that ran in magazines such as TV Guide.

Would since-merged Bristol-Myers Squibb, or any big Pharma company, entertain the idea of a self-mocking ad campaign today? Perhaps there’s just too much to lose. You have to wonder, though, given the industry’s reputational struggles, whether such a risk might be worth taking.

But then Alfred Hitchcock Presents was back in the cavalier days of the “Mad Men” and their long, Martini-soaked lunches. Maybe it was after one such session that Bristol-Myers signed up to sponsor further seasons of the show.

Hitchcock certainly didn’t go any easier on them. He carried on taking gleeful potshots at the company for years to come, returning after one later ad spot to declare, “You know, I believe commercials are improving every day. Next week we hope to have another one - equally fascinating.”

Reference
Lawrence R. Samuel, Brought To You By: Postwar Television Advertising and the American Dream (University of Texas Press, 2001), pp. 83–84. 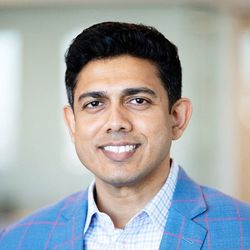