How John Wayne viewed his battles with cancer was consistent with the heroic, tough-guy persona he projected onscreen. And he’s still inspiring patients today.

John Wayne used only one match each day, to light his first cigarette. He lit all his other cigarettes with the one he was putting out. From his early teens he smoked between three and six packs daily. It caught up with him in 1964, when he was 57. Barely able to get through a scene of Otto Preminger’s (presciently titled) In Harm’s Way without a coughing fit, he went for a medical examination that revealed a golf-ball-sized tumor on his left lung.

As Wayne’s daughter Aissa writes, a lung cancer diagnosis in 1964 was effectively a death sentence. But the Duke said, “Screw it.” He went ahead with surgery to remove most of the diseased lung. The surgeon had to go in through his back, the tumor was so big. The operation laid Wayne low for a while, but it was a success. Ten weeks later he called a press conference to say he’d “licked the Big C.” “I don’t want to end my life being sick,” he told the assembled crowd. “I want to go out on two feet-in action.” He then flew off to Mexico with his one good lung to start work on The Sons of Katie Elder. He kept on smoking, but switched to cigars.

If fans had feted Wayne before his cancer, they lionized him afterward. Five years later, in 1970, although he was well out of step with the zeitgeist, he got the Oscar for True Grit, a career high. And he was still cancer free.

The star worked on until he was almost 70. The Shootist (1976) would be his last film; he was sick again while making it. In March 1978 he had open-heart surgery, a risky procedure. Once again, he got through it. He bought himself some new gym shoes for his daily walk around Newport Beach. He started making plans. He thought about moving to Mexico and began taking Spanish lessons.

But the Big C was back. Stomach lining this time. The smell of most food made him want to vomit. In January 1979, surgeons removed Wayne’s stomach and made a new one from his intestines. They found the cancer had spread. Still he said, I’m going nowhere, and began radiation treatment. His weight much depleted, he ordered a new tuxedo for the April Oscar ceremony; he was set to present the award for Best Picture.

He made it to the show. He had to wear a wetsuit under the tux to fill it out, but he was buoyed by the standing ovation as he walked on stage. That’s the only medicine a fella really needs, he told the audience. But by the end of May he was on intravenous morphine in his hospital bed at UCLA. He stuck it out until June 11, 1979.

That Wayne dodged his 1964 “death sentence” was a testament not just to his treatment but to his state of mind. It helped him “kick cancer’s ass,” in Richard Pryor’s words. Enough to grab another dozen good years of life, anyway.

Patients everywhere might benefit from taking a leaf out of Wayne’s book. To that end, the John Wayne Cancer Foundation, the organization set up in the star’s name in 1985, is running a social media campaign asking patients: “How do you show your #GRIT?”

It’s looking for “individuals willing to share their personal cancer experiences.” Of course, not everyone can or wants to face cancer with the Duke’s brand of laconic stoicism. But as the man himself said, “When you stop fighting, that’s death.”

Julian Upton is Pharm Exec’s European & Online Editor. He can be reached at julian.upton@ubm.com 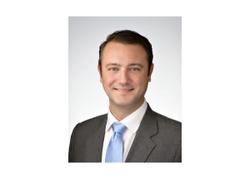 The Role and Recruitment of the Chief Patient Officer