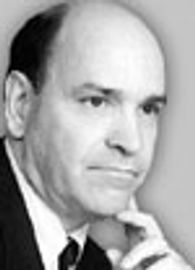 In addition to practicing medicine, Phoenix-based endocrinologist Richard O. Dolinar frequently speaks on key healthcare issues to audiences throughout the United States. Dolinar’s writing and viewpoints have appeared in The Wall Street Journal, The New York Times and USA Today. He can be reached at drdolinar@dolinar.org.

A dissenting view of evidence-based medicine.

Remotecontrol is terrific. It has been used with great success ininterplanetary probes for deep-space exploration and in reconnaissancedrones during the Gulf War. And can you even imagine watchingtelevision today without one?

Unfortunately, not everything works better by remote control. Takehealthcare. Some within the industry are recommending the use of remotecontrol -- through the application of evidence-based medicine -- in anattempt to rein in ever-increasing expenditures.

It is an attempt by the government and the insurance industry toinstitute a top-down approach to medicine. It is, as Brase so aptlynotes, simply "managed care masquerading as science."

So-called evidence-based medicine has already been used to restrictdrug formularies. And it is now in the early stages of being used torestrict physicians' clinical treatment decisions. Best practices andpractice guidelines are being established on the basis ofevidence-based medicine. Next, outcome measurements will be used tomonitor how well physicians are following those guidelines. Apay-for-performance system will then determine physicians' compensationbased upon the outcomes.

This system will dramatically change how medicine is practiced and willprofoundly impact both physicians and the pharmaceutical industry. Thechoice of therapies is being limited, and the control of thosedecisions is being moved out of the physicians? hands and into those ofthird parties. Instead of using clinical judgment, practitioners willbe encouraged to follow protocols that treat all patients asessentially interchangeable.

Despite its growing role, the concept of evidence-based medicine hasseveral fundamental flaws.

Evidence-based medicine is not medicine based on evidence, opines Dr.John Service, editor-in-chief of EndocrinePractice, "but theequivalent in the field of medicine of a cult with its unique dogma,high priest ... and fervent disciples." Indeed, if a doctor questionsevidence-based medicine today, it seems he runs the risk of beingbranded an infidel or heretic or worse.

Proponents of evidence-based medicine assume, without proof, that itwill improve the quality of healthcare by basing medical decisionsprimarily on statistically valid clinical trials; and so, informationgained from randomized clinical trials preempts information from allother sources.

With evidence-based medicine, what is often produced from randomizedclinical trials is data; and data is not evidence, per se. Data is opento interpretation, and that interpretation can vary depending uponone?s perspective or change with time as new information and knowledgebecome available.

This highlights the essence -- and a key flaw -- of evidence-basedmedicine. Whose perspective should take precedence when it comes topatient care? Who should wield that control? How this question isanswered will directly impact which drugs are used and how they areused. This, in turn, will impact drug sales.

Dr. George Spaeth makes this point in evaluating the OcularHypertension Treatment Study, which involved more than 1,000 people whohad increased intraocular pressure but no optic nerve damage or visualfield loss. Only 5% of those treated went on to develop visual fieldloss, versus 10% of those not treated. These data can be used to argueeither for or against treatment, Spaeth notes, depending on one?sinterpretation and incentives. The treating physician could argue thatinstituting early treatment would reduce visual field loss fromglaucoma by 50%. Yet, a third-party payer with a financial incentivecould just as easily argue against treatment, noting that theoverwhelming majority of patients with elevated intraocular pressure donot get worse, even when they are not treated. Consider the evidence.Who is right? They both are.

Is there, indeed, a best practice regarding the approach to elevatedintraocular pressure? If so, how should the algorithm be constructed?Who should have the ultimate discretion in making that decision? Shouldit be the treating physician, who has the best interest of theindividual patient in mind? Or a third party with the best interest ofthe bottom line in mind?

Empirical data is unique and often quite different from the real worldin which clinicians practice. Clinicians now fear medical malpracticesuits if they do not follow evidence-based medicine guidelines in thetreatment of a patient. But which guidelines should they follow? Evenguidelines about the same disease can vary substantially, dependingupon which professional organization published them.

The practice guidelines to be mandated by evidence-based medicine raisemany concerns, according to the recent CCHC report. For example,"guidelines quickly become outdated, many are of dubious quality, andguideline developers often fail to make explicit how recommendationsare devised, leaving practitioners to follow in blind faith. Additionalconcerns include conflicting guidelines, a populations-based focus,selective interpretation, insertion of developers' value systems andnegative impact on medical advances."

The physician has taken the patient's history, performed the physical,reviewed the lab results and discussed the illness with the patient andfamily. He knows the patient's wishes, desires and values. This is allcritical information used by clinicians when treating patients.Evidence-based medicine has only epidemiological information. Yet thisdata preempts all other information that the treating physician hascollected. In fact, unquantifiable data such as the patient's valuesand the physician's clinical experience are not even taken into accountin evidence-based medicine. It is presumptive to think that a thirdparty, operating at a distance in time and space from the patient beingtreated, is able to make a better medical decision than the treatingphysician and, therefore, should be allowed to preempt the treatingphysician's decisions.

Entire medical conferences are devoted to evidence-based medicine,focusing on the statistical purity of the study. Statisticians areoften hired to participate in such conferences. Meanwhile, the clinicalquestion for which evidence was being sought takes a back seat. "Theresult is form taking precedence over substance," says Service. In theprocess, it is often forgotten that responses of a group as anaggregate can be quite different from the response of an individual toa specific therapy. Patients are individuals, not groups.

The decisions of whether to treat and how to treat a disease ultimatelylie with the patient, who makes these decisions with the assistance ofhis physician. These are value judgments. Because there is no way tomeasure value (it is not quantifiable by any measure such as inches,pounds or miles-per-hour), a third party cannot make value judgments onbehalf of an individual.

The ultimate discretion regarding how information from multiple sources(including evidence-based medicine, prior clinical experience, and thepatient's unique circumstances, wishes and desires) is integrated forthe treatment of an individual patient should be in the hands of thetreating physician. Since the physician has the ultimate responsibilityfor the care of the patient, he should have the ultimate discretion.

A point to remember regarding evidence-based medicine is that a lack ofevidence of a difference is not evidence for a lack of a differencebetween medications. Often, studies have just not been poweredsufficiently to identify differences between the medications. Yetdecisions are still made that "no differences exist" and therefore thecheapest drug is chosen for the formulary and the others are not.

Evidence-based medicine also raises the question of external validity.Randomized controlled trials that show a certain therapy or a certaindrug works best in a population of patients do not necessarily meanthat the therapy or drug will work best in an individual patient. Thereare many factors that can affect whether such studies are or are notapplicable to the treatment of an individual, including the selectionof the patients who participated in the trial. They may be quitedifferent with regard to age, ethnicity or severity of the disease whencompared with the individual patient who is being treated. Where thestudy was performed and what type of healthcare system it was performedin also can affect the results. The actual protocol used in the studycan be quite different from the treatment provided in the medicalcommunity.

Different drugs do have different effects on different people. When oneconsiders the great variability in response of patients, one realizesthat drugs, even those considered to be in the same class, are oftenquite different from each other. Variability in symptom management,side effects and outcomes for subgroup populations upholds the argumentthat care must be individualized and decisions must be made by thephysician in consultation with the patient.

Who has the remote?

Many hilarious sitcom scenes have centered on the battle for power overthe television remote control. Unfortunately, the battle for control inhealthcare is less funny.

Efforts are currently underway for the federal government, under theMedicare Modernization Act of 2003, to use evidence-based medicine as afoundation on which to establish pay for performance. Sections 238,646, 649 and 721 of the MMA establish demonstration programs thatattempt to reward physicians and healthcare organizations for followingbest practices and guidelines.

But practice guidelines that are backed by financial or legalincentives could pack serious consequences, according to a recentarticle in Health Affairs(vol. 24, no. 1) titled "The Promises andPitfalls of Evidence-Based Medicine." The authors, Stefan Timmermansand Aaron Mauck, write that such guidelines could become "coercivetools, change clinicians' behavior, curtail treatment choice, limitpractitioners' autonomy and further undermine public confidence."

Twila Brase quotes Debra Stone from Brandeis University, Waltham, MA,when she warns, "when a payment is based on behavior, the physician'scriterion for decision making can be 'changed from medically necessaryto medically necessary for the patient and financially tolerable forthe primary care doctor.' "

In another Health Affairsarticle in the same issue ("Evidence-BasedMedicine in the United States -- De Rigueur or Dream Deferred?"), DanMendelson and Tanisha Carino tout the great potential of evidence-basedmedicine as an important concept for promoting value in healthcare. Yeteven these advocates note that meaningful application of evidence-basedmedicine tools in commercial settings has proceeded slowly due tobarriers such as patient preference, physician resistance, lack ofresearch and the inherent subjectivity of interpretations of evidence.

Mendelson and Carino liken evidence-based medicine to managed care,which was once heralded as a tool to encourage more appropriate use ofhealth services through greater coordination and better caremanagement. Today, the authors note, managed care struggles under thewidespread belief among providers and the public that its policies arecolored by perverse financial incentives. Evidence-based medicine couldsuffer the same fate.

"One major barrier to the adoption of evidence-based medicine is theoverwhelming support for preserving the physician-patientrelationship," write Mendelson and Carino. "Patients expect theirdoctor to tailor care to their individual condition, incorporatingtheir medical history and preferences, the doctor's experience withsimilar patients, the most current research, and alternative therapies."

Education and discussion are the key to battling this cadre ofhealthcare politicos and to restoring control over treatment decisionsto patients and their physicians.

Evidence-based medicine removes the most important element from thedoctor-patient relationship -- thedoctor's best medical judgment --and it does so without removing any of the doctor's legal liability. Bydiscussing this with physicians, as well as the many other ways inwhich evidence-based medicine will change their delivery of care,pharmaceutical representatives can positively impact the politics ofhealthcare delivery at a grassroots level.

"Without immediate and focused intervention," declares Brase,"vulnerable patients will be left to depend on the personal whims,financial agendas and political biases of people who do not even knowtheir name."