The European Medicines Agency (EMA) statistics highlighting centralized-procedure activities for human medicines show a significant increase in positive opinions made between 2007 and 2009. However, the majority of approvals were for generic products.

According to the data, the number of positive approvals issued by the EMA increased the past three years, with 58 in 2007, 66 in 2008 and 117 in 2009. However, the statistics also show that the number of marketing-authorization applications for new products has decreased, with only 35 applications started in 2009 compared with 59 in 2007.

The data were published on the EMA's website alongside January 2010 figures. The agency said that it will be publishing statistics monthly to provide ongoing information about centralized-procedure activities for human medicines.

According to the EMA, the monthly figures will be published on the its website within two weeks after the CHMP meeting. Commentaries and analysis will also be provided in the agency's annual reports. 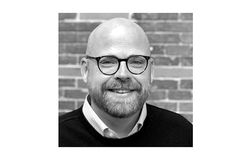