The current pharmaceutical pricing and patient access system in the US is unsustainable. Misaligned incentives in the system promote higher drug list prices, extensive opaque rebates that are generally not passed through to patients, and onerous access restrictions that result in over $93 billion in economic burden per year, corresponding to over $1 out of every $6 spent on brand drugs in 2020. Value-based price for access (VBPA) has been proposed as a voluntary, commercial market-facing solution that can help address the high prices and limited patient access of specialty drugs. In VBPA, independent third parties could create price and access benchmarks based on a drug’s value. Then, the manufacturer and insurer could use these benchmarks to voluntarily agree to exchange pricing moderation for improved patient access.

To date, the focus has primarily been on pricing assessments and determining the value-based price for a drug; however, determining appropriate access for a drug has recently received increased attention. With expanded interest in what it means to have VBPA, Leavitt Partners conducted 24 interviews with payers, including health plans, pharmacy benefit managers (PBMs), and self-insured employers, to understand their reaction to VBPA as a concept. Among the key findings were:

• Payers overwhelmingly responded positively to VBPA in principle; however, much work remains for payers to be comfortable implementing VBPA.

• Payers acknowledged that, ideally, VBPA would be operationalized by lowering list prices; however, they recognized that reaching “value-based” prices through rebates would be a more pragmatic approach in the short term.

The current drug pricing and access system incentivizes manufacturers to set high list prices and give large rebates to PBMs for access. In parallel, the PBM is incentivized to use formulary placement to restrict drug access, and payers decide on specific utilization management measures—prior authorizations, step therapy, and cost sharing—to control costs and ensure clinically appropriate use. The consequence of this system is ever-higher drug list prices and lower access for patients.

In contrast, in a VBPA system, third parties would create benchmark prices as well as benchmark access criteria based on a drug’s clinical and comparative value. Manufacturers and payers could then voluntarily use these benchmarks as a basis for negotiation. In many cases, the value-based price may be much lower than current list prices and access restrictions less stringent, resulting in both lower prices and less-restrictive access for patients. In VBPA, manufacturers and payers are tying financial success to more effective drugs: Manufacturers trade a lower price for more access, and payers expand access to a drug associated with better patient outcomes and potentially lower overall patient costs.

Other approaches exist to better align a drug’s price with its value. For example, in outcomes-based contracts a manufacturer pays a percentage of the original price back to the payer if certain agreed-upon outcomes metrics (e.g., reduced hospitalizations) are not met. Outcomes-based contracts can hold a drug accountable to its promises, but can involve often intensive data tracking and may be complicated by population churn from plan to plan. VBPA offers another voluntary approach to lowering drug prices and expanding access by providing value-based price and access benchmarks up front, based on a third party’s evaluation of a drug. The third parties would regularly re-evaluate a drug using real-world evidence and as competitive products come on the market and adjust the price and access benchmarks accordingly.

The hypothesis behind VBPA is that it would provide financial benefits for all stakeholders in cases where a drug proves to be clinically valuable and cost effective. While expanded patient access could financially hurt payers, the potentially much lower VBPA price could offset this increase. Similarly, manufacturers would trade a lower price for increased volume. Patients would have a lower copay, would be spared the frustration from misaligned utilization management criteria, and could potentially experience better overall health outcomes. Finally, payers, manufacturers, and providers could all spend less on administrative expenses associated with implementing and navigating utilization management.

Payer perspectives on barriers to VBPA

1. VBPA would require an evolution of the current business model away from dependency on rebates. Even if payers, manufacturers, physicians, and patients are all frustrated with the status quo, the existing approach to establishing drug prices, rebates, and access is working “well enough” for payers and manufacturers. These two main stakeholders have configured their processes to remain profitable under the current system. Given familiarity and financial incentive, there may be insufficient motivation or pressure for a new approach, but in the current environment, payer financial dependence on rebates is the largest hurdle to overcome.

Moreover, payers identified a concern that if VBPA only applies to certain drug classes, then manufacturers and payers would have two operating systems: one applicable for drugs under VBPA and another for those that are not. This could add complexity and administrative expense in the short term, although VBPA aims to be less administratively onerous.

2. Insufficient alignment, transparency, and trust across stakeholders hinder new approaches. Disrupting the status quo to engage in a new approach requires greater trust and transparency between stakeholders. Lack of transparency for prices, rebates, and other data limits trust. Payers perceive manufacturers as pricing drugs as high as possible to maximize profits, while manufacturers perceive payers as overly restricting patient access. This absence of trust fuels skepticism that all stakeholders would approach a new arrangement with reasonableness, fairness, and a desire to ultimately help the patient. This reality underscores the importance of trustworthy third parties using transparent frameworks for determining price and access benchmarks.

3. Specific operational logistics need to be addressed. Payers raised several important details that VBPA would need to navigate. First, aligning on a third party’s participants, funding, and methodology for assessing a drug’s value, price, and access criteria is difficult. Payers specifically raised concerns when assessments utilize national data vs. payer-specific data. Additionally, assessments often consider the long-term value of a drug; however, because payers don’t insure members for life, payers want to realize a drug’s value while the member is on their plan.

Third, while a VBPA price would ideally be operationalized as a lower list price, the current system relies instead on rebates. Payers generally agreed that initially implementing VBPA using the existing rebate system would be preferred.

These are challenging barriers. Deviation from the status quo could require meaningful investment, yet change is needed to rein in high costs for specialty drugs and improve patient access to those drugs that are clinically valuable.

We asked payers for their perspectives on how to move VBPA forward, including how to create a value-based price and access framework, how to configure and fund the third parties, and which drug classes make sense to pilot. Here’s what they offered:

1. Aligning on the archetype for third-party assessors. All payers expressed a need for independent, unbiased, transparent, and agile-yet-stable third parties. Many payers advocated that existing third parties would serve as the best starting place to conduct VBPA assessments. Payers differed on approaches to funding the third party, though all were adamant that funding should be transparent and not come exclusively from manufacturers or payers. The idea of user fees from both manufacturers and payers funding the third party did resonate with some payers. Several payers mentioned that a third party run by a government entity would be the most unbiased and potentially have more teeth to enact VBPA, but the majority of payers advocated for a third party separate from the government, citing a lack of trust in the government’s ability to take a sufficiently nuanced approach and move at the speed necessary for this dynamic market.

2. Creating a value-based price and access framework. Payers agreed that the third party should lead the development of a VBPA framework and its assessments, though they wanted payers and manufacturers to each have input. Overwhelmingly, payers shared a desire for the third party to examine comparative evidence and perform head-to-head comparisons of different drugs to determine a drug’s value relative to others on the market. Payers listed clinical evidence, comparative evidence, disease market characteristics, and budget impact as their top considerations to include when creating a value-based access framework.

Most payers wanted to preserve their negotiating ability and advocated that the third party determine price and access benchmarks and then allow payers and manufacturers to negotiate a potentially lower price for more expanded access. Some payers also noted a desire for the third party to regularly re-assess the drugs using real-world evidence and after competitive products enter the market. Other payers noted that they would assess real-world evidence in-house and rely on the third party for assessments at the launch of a new product.

3. Determining a drug class for a pilot. In theory, VBPA could work for any drug class, though payers and manufacturers may have different drug classes with which they’d like to pilot VBPA. Payers were reticent to apply VBPA to a drug class with existing effective, low-cost generics. Instead, they described the potential benefits of piloting VBPA in a class with many high-priced drugs where the payer has the opportunity for significant savings, such as diabetes and psoriasis. In this case, the third party could help align each drug’s price with its value. Unsurprisingly, payers also welcomed the idea of VBPA lowering the cost of very expensive orphan drugs treating rare conditions, such as cystic fibrosis. Payers generally felt that VBPA would be most effective at launch of a new drug. However, it may be in the manufacturer’s best interest to have VBPA apply to a new specialty drug that treats a common condition better than available products, including generics. This scenario highlights the importance of a third party assessing the relative value of new specialty products.

In conclusion, ever-increasing healthcare costs have widened interest in solutions that can sustainably flatten the cost curve while improving patient care. To move forward, manufacturers and payers must step away from their current business model, in which decisions are heavily influenced by rebates, and invest time and resources in improving the affordability of and access to medicines. One potential path forward, VBPA, faces traditional first-mover barriers. Finding participants willing to evolve beyond the status quo to bring more rational prices and expanded patient access to life-saving drugs will be challenging. However, those who proactively address the drug pricing and access challenges will be best positioned to shape the solution and benefit from strategic advantages and financial rewards.

A Cross-Functional Formula: Operationalizing the Broader Role of Access

The Price of Innovation: ‘Paying for a Cure’ Remains Costly Proposition 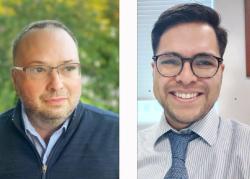