As more new products vie for payer and prescriber attention, the stakes around launch success are higher than ever. Stan Bernard outlines the key traps to avoid in getting things right - when it really counts.

As more new products vie for payer and prescriber attention, the stakes around launch success are higher than ever. Stan Bernard outlines the key traps to avoid in getting things right - when it really counts.

The pharma world is currently composed of the “haves” and the “have nots.” The haves recognize that the industry has transitioned from the Commercialization Stage (“Pharma 1.0”) to the Competitive Stage (“Pharma 2.0”) of its lifecycle and have adopted dramatically new and different ways to win. The have-nots continue to compete the same old way, effectively using yesterday’s battle plans and approaches to try to win today’s brand wars.

Nowhere is this more evident than in product launches. In my experience as a competition consultant, I work with companies and brand teams who consistently launch blockbuster products by leveraging Product Launch 2.0 approaches. Unfortunately, I also witness many other companies who repeatedly make the same launch mistakes. Here is what I refer to as the “Seven Deadly Sins of Product Launches.”

Most brand teams still try to “win the Launch Year” by conducting a military-style campaign. Once a company receives regulatory approval for their new product, they send waves of infantry-like sales professionals supported by heavy air promotional cover into physicians’ offices to battle the competitors’ beefed up front-line field forces. At the end of one year, the launch company analyzes IMS sales data to determine the ultimate trajectory of the new product’s sales in that market.

Unfortunately, in today’s competitive environment, seeking to win the launch year is often two to three years too late. The most successful launch teams conduct an election-style campaign by seeking to win the “Pre-Launch Years.” In late Phase II or early Phase III of clinical development, these teams will initiate an election-style campaign to maximize the awareness, advantages, and advocates for their “drug candidate.” They create a crescendo of positive perceptions of their new agent to ensure high customer anticipation and demand. Upon approval, doctors and patients cast their votes for the challenger agent with prescriptions to the pharmacy. Today’s launch teams can typically project the ultimate sales of a new launch product 12 weeks - not 12 months - after launch.

One of the strongest examples of such an election launch campaign was Gilead Sciences’ launch of its hepatitis C virus (HCV) drug Sovaldi - Gilead built up so much pre-launch buzz and excitement for Sovaldi that many physicians were withholding HCV patients from marketed treatments and “warehousing” them in order to wait to prescribe this new agent.

Sin #2: Trying to win by differentiating your product

In the majority of US Presidential elections, very few voters know the numerous details or specifics of a candidate’s policies; they typically vote based on how they generally feel about the candidate and the campaign agenda. Consequently, the most successful campaign parties use a two-step campaign approach. First, they seek to convince the electorate and constituents to focus on their carefully selected campaign platform issues, particularly the perception of how their candidate would handle these issues. Then they campaign to create the optimal perception of how their party candidate would be best at handling these issues while serving in this leadership role. Essentially, by taking the lead on the campaign agenda, they force rivals to play their game.

In the current environment, pharmaceutical launch teams that force competitors to play their game - according to their own issues, rules, criteria, and timetable - usually win the game.

Unfortunately, the vast majority of brand launch teams are still fixated on product differentiation. For example, over the last few years rival novel oral anticoagulant brand teams have focused first on differentiating their agents based on traditional efficacy and safety parameters. In stark contrast, Janssen Pharmaceuticals has forced rivals to play an “indication game.” Their launch team campaigned first on the critical importance of demonstrating multiple indications of oral anticoagulants across diverse healthcare settings. Janssen then successfully positioned its new drug candidate Xarelto (which it licensed in the US from Bayer) as “the first and only novel oral anticoagulant with six indications approved by the FDA.” As a result of this two-step election-style campaign, Xarelto became the No. 1 prescribed novel oral anticoagulant in the US.

Many pharmaceutical companies and their partner agencies deploy obsolete launch techniques and promotional tactics. For example, numerous launch teams continue to rely on lengthy product positioning statements, product messages, and sales aids. However, in today’s text-heavy, six-second video world, these protracted approaches are tuned out. Doctors, patients, and other constituents today simply cannot keep up with the overwhelming number and amount of different products, trials, data, and details. Consequently, these stakeholders form an overall perception of the different products and select the product with which they feel most comfortable.

Brand teams need to use simpler, more concise communications to convey the optimal perception of a product instead of the details. For example, Janssen used three short “i-Bites” instead of messages to promote Xarelto on its website and elsewhere: “proven efficacy across multiple patient types;” “demonstrated safety profile;” and “convenient oral dosing.” Launch teams that create a clear, concise campaign communication platform for their drug candidate usually perform dramatically better than those focusing on countless product details and messages.

Election strategists know that they cannot win by simply focusing on voters; they have to impact voter influencers or campaign constituents such as the media, political pundits, and major campaign contributors. Similarly, product launch teams need to focus beyond their traditional customer triad of physicians, patients, and payers to engage many other stakeholders. Stakeholders can be defined as those constituents who can influence the perception, access, and utilization of pharmaceutical products.

Stakeholder Management 2.0 consists of several key principles. First, there are numerous types of stakeholders, including but not limited to government agencies, patient advocacy groups, media, analysts, regulatory authorities, politicians, policymakers, professional and lay associations, and many others. Second, their influence can be very different in diverse competitive landscapes and lifecycle stages. For example, Pre-Launch stakeholders are often very different from Post-Launch stakeholders.

Most importantly, today’s pharma stakeholders do not exist in silos but rather in a “Stakeholder Ecosystem.” They routinely influence and are influenced by other types of stakeholders. Sharing of extensive product information and perceptions has been cultivated by the Internet, which breaks down traditional stakeholder silos and offers timely, comprehensive data to all audiences. The most successful launch teams identify, prioritize, and address the stakeholder segments and networks most vital to the launch of their and their competitors’ products.

In elections, it is typical for opponents to attack their rivals preemptively, especially early in the campaign when voters are beginning to form their initial impressions of candidates. In fact, many candidates will seek to be the first to pre-position and create a negative impression of their opponent(s), often by negative campaigning and pulling proverbial skeletons out of their rival’s closet.

Not surprisingly, the same occurs in new pharmaceutical product launch campaigns. Savvy, aggressive companies - most notably Bristol-Myers Squibb and Novo Nordisk--form teams and plans to “counter-launch” against potential new products that threaten their current or future product sales and market shares. Most commonly, rivals will try to form the early first perception of a competitive product by pre-positioning the product in a negative light. Counter-launching companies may deploy many other strategies or actions to preempt new product launches, including legal, regulatory, or payer limitations on market access or specific stakeholder communications and activities.

Many launch teams fail to anticipate these counter-attacks until it’s too late. In many cases, launch teams and their partners erroneously want to wait until they have completed most of their clinical trials or product positioning studies before establishing their communication campaign or product positioning. Unfortunately, competitors will not wait to pre-position their new rival. In fact, these counter-launch attacks may come as early as late Phase II or early Phase III of a new product launch. It is essential to prepare for and counter these assaults as early as possible.

One essential way to prepare for counter-launches and overall product launch success is to conduct a series of competitive simulations or business war games 2.0. The new competitive simulations go way beyond traditional war games to incorporate multiple issues, competitors, landscapes, stakeholders, and market factors. Brand teams role-play their competitors and themselves to identify not only competitive insights but--more importantly--a few prioritized strategies and executable action steps to help launch products win in the market.

The best pharma competitors start conducting these simulations in late Phase II trials or early Phase III and continue to conduct them every three to six months in key markets to ensure that the entire, extended launch team is fully prepared for both the launch and competitive counter-launches. These companies usually take a “Multi-Level Competition” approach by considering ways not only to win at the brand level but also at their or their competitors’ franchise, portfolio, and corporate level. They may also use simulations for global, regional, or local markets; specific situations, such as the release of new clinical data or a major professional conference; or with certain departments/functions or stakeholder groups, such as medical affairs or payers.

The most egregious sin of all is companies and consulting firms that actively perpetuate and promote the first six sins in so-called “Launch Excellence Programs.” Increasingly, companies are recognizing that many of their product launches have failed to meet corporate and market expectations. As a result, they hire consulting firms or initiate internal launch excellence centers to try to counter this trend. These training programs often teach and embed across the organization the very Pharma 1.0 launch strategies and tactics that caused previous product launches to fail. Consequently, many of these “Launch Excellence Programs” are in actuality “Launch Failure Programs.”

Pharma professionals and brand teams that avoid or at least learn from these seven potential sins will dramatically enhance product launch success. As Malcolm Forbes so eloquently stated, “Failure is success if we learn from it.”

Stan Bernard, MD, MBA, is President of Bernard Associates LLC and a member of
Pharm Exec’s Editorial Advisory Board. He can be reached at SBernardMD@BernardAssociatesLLC.com. 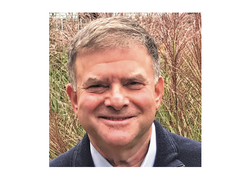 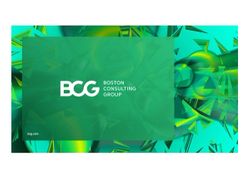