Big Data Innovation and Risk: How to Strike the Balance

As the industry continues to face declining R&D productivity, one efficient way of making the failure rate lower is to use data, writes Adam Towvim.

An analysis conducted at Forbes cites grim numbers for pharma. Companies getting a single drug to market can expect to have spent $350 million before the medicine is available for sale. In part because so many drugs fail, large pharmaceutical companies that are working on dozens of drug projects at once spend $5 billion per new medicine.[1]

Since Forbes conducted the analysis in 2013, the industry has continued to face declining R&D productivity, increased development costs, and pricing pressure from governments and insurers. Some see big data as transformative for the industry: recent innovations in the collection, sharing, and analysis of vast amounts of data have the potential to greatly lower the cost of drug development and increase productivity.

Data to the rescue?

One of the fastest ways to help turn the industry around is to make the failure rate lower by using data to identify bottlenecks and reengineer the pipeline so if failures occur, they happen early and course corrections can be made quickly, instead of in the later stages when costs are higher.

The key to making this happen is big data. In the past decade, the proliferation of data generated from sources such as clinical trials, insurance claims, and personal medical devices have made it easier for healthcare researchers in pharmaceuticals and other sectors to work on a much larger scale. The federal government and other public entities have also made a plethora of data available for analysis and action.

The resulting big data in the pharmaceutical industry can accelerate time-to-market for effective new products and drive down skyrocketing costs. When researchers can mine data from a variety of sources to see which treatments are most effective, identify trial participants and research patterns, or gain other insights, the industry will be better equipped to improve the health of the population and control spending.

But with the proliferation of data on corporate networks and even across national borders, it is increasingly difficult for pharmaceutical companies to protect against inappropriate data use. There is good reason: risks of heavy fines, legal actions, and public relations nightmare that follow the exposure of sensitive data.  These risks cause many organizations to limit both the internal use of their data and the amount of data they share externally, thus limiting the potential for innovation.

C-level executives in the pharmaceutical industry need visibility into how much data is used, by whom, and how. Which data limitation policies are being affected, and how can executives even assess the risks of data use?

Continuous and vigilant monitoring of data use-who’s using it, when, and why is literally the only way forward for pharmaceutical companies. The keys to tapping big data in the pharmaceutical world while reducing the risks include: 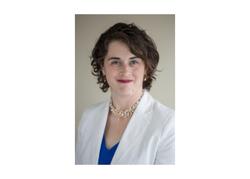