Why major companies are stepping up environmental commitments.

In this year of pandemic and recession, we should be proud of how our sector has rallied, rapidly developing new vaccines, therapeutics, and tests critical to recovery, and collaborating in new ways to accelerate production and distribution. The social impact of these achievements—their long-term value for the health and well-being of our society and economy—will be enormous.

Before the pandemic commanded center stage, our biggest existential challenge was climate change, and it still is. Impressively, many biopharma companies have continued making progress on long-term plans for decarbonizing despite the near-term chaos.This holiday season, I’m thankful to be part of an industry that not only contributes directly to the health of individuals, but contributes indirectly to the long-term health and sustainability of our environment as well.

Here are some of the inspiring commitments that biopharma companies have recently made. (Full disclosure: all the companies discussed participate in the Biopharma Sustainability Roundtable, an ESG leadership network that I co-founded and manage.) I’ll highlight both what they’re doing, and why they see environmental commitments as part of their core missions.

In September, Biogen announced Healthy Climate, Healthy LivesTM, a 20-year initiative to eliminate fossil fuels from its operations. CEO Michel Vounatsos noted that Biogen, in 2014, was the first life sciences company to become carbon neutral, and its ambition now is to advance science around fossil fuel impacts on human health, and actively promote climate and health equity. Biogen is collaborating with several partners to reach these goals. MIT’s Joint Program on the Science and Policy of Global Change and Technology and Policy Program are creating new models of how climate actions can impact human health. With the Harvard Chan School’s Center for Climate, Health, and Global Environment, it seeks to help under-resourced healthcare clinics improve both climate resilience and patient health. And it’ll advocate for meaningful science-based targets in coordination with the World Business Council on Sustainable Development (WBCSD), World Economic Forum (WEF), and United Nations Global Compact (UNGC).

In November, GlaxoSmithKline CEO Emma Walmsley announced two ambitious environmental sustainability goals for 2030: achieving net-zero climate impact and net-positive impact on nature across their value chain. Its strategic imperative comes from a broad perspective on GSK’s role as a global science-based healthcare company, which includes protecting and restoring the planet’s health as part of its mission to protect and improve human health. Focusing on environmental sustainability also adds to operational resilience, ensuring availability of critical products for patients and consumers. The Science Based Targets Initiative accredited GSK’s new carbon targets as consistent with a 1.5-degree pathway—the most ambitious goal of the Paris Agreement.

Taking a different path to net-zero, Novartis announced, also in November, that it would become the first biopharma company to achieve 100% renewable electricity in its European operations.A strategic focus on environmental goals is part of Novartis’ wider objective of “reimagining medicine for people all around the world.” Five virtual power purchase agreements will effectively finance the addition of over 250 MW of clean power to the grid. These agreements, according to Montse Montaner, chief sustainability officer, mark a milestone in Novartis’ goal to be carbon neutral across its operations by 2025, and its supply chain by 2030.

There are more great examples. Novo Nordisk has pioneered the Future-Fit model, seeking to better serve its patients and communities by moving past “doing less bad,” to making net-positive contributions toward the UN Sustainable Development Goals (SDGs). Takeda is developing plans to reduce company-wide emissions to zero, focusing on the connection between environmental challenges and human health.

Momentum toward zero-emission commitments has been surging across sectors, as reported by Data-Driven EnviroLab, tripling the number of businesses with net-zero goals from 500 in 2019 to over1,500 now. The UN’s Race to Zero campaign is calling on governments and businesses globally to set net-zero emission goals ahead of the 2021 UN Climate Change Conference (COP26).

From a short-term financial perspective, environmental impacts are not the most material issues driving a biopharma’s business performance. But as we’ve seen, when we step back and consider the opportunities for long-term multi-party value creation, then environmental performance becomes a key element of biopharma sustainability.

Sandor Schoichet, Director, Meridian Management Consultants, and Co-Founder of the Biopharma Sustainability Roundtable. He can be reached at sschoichet@meridianmc.com. 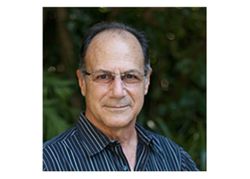 A New Year for Sustainable Governance