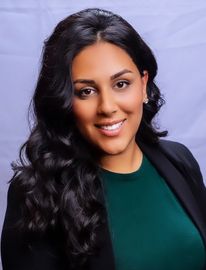 Nadia Khatri is a Director of Omnichannel Strategy at BioPharm Communications, seeking opportunities for growth across all categories in the pharmaceutical space. She is focused on understanding the digitization of healthcare and the implications of major market disruptions.

As healthcare marketing evolves, we are on a constant quest to maximize our omnichannel approach to reaching healthcare professional (HCP) customers.

Paid social has traditionally been considered secondary to the more traditional professional channels such as print, email, and targeted display. However, let’s remember for a minute that HCPs are people too. They will engage with professional media outside of endemic platforms if it’s timely and relevant. In many cases, this more casual engagement with content can be deeper and more meaningful than if it occurred in a professional environment.

This requires a closer look at paid social, where leveraging non-endemic platforms such as Facebook and LinkedIn can specifically help brands amplify their use of key opinion leaders (KOLs) to engage with target HCP customers.

Even though paid social is only one component of a well-rounded omnichannel approach, it has the ability to strengthen cohesiveness of a campaign altogether. In Q4 2020, BioPharm Communications recommended an unbranded, paid social program as part of an omnichannel, non-personal promotion strategy to increase digital reach and engagement with promotional medical education content. A key part of our business challenge was to identify new channels that would fit seamlessly into the existing media mix. We also aimed to incorporate existing strategic and creative direction for speed to market and increase unique reach with HCP targets, with the end goal of driving awareness and traffic to the microsite for additional content consumption.

Performance exceeded forecast, as 33% of total “deep engagements” with microsite content was driven by paid social ads running on the Facebook and LinkedIn platforms. Additionally, though they were coming from two very different social environments, users spent a longer time engaging with the content compared with those coming from other channels like targeted display. This supports that social not only increases the volume of traffic, but delivers quality traffic as well.

Variables such as message type and placement were also assessed, quantifying the added impact of this peer-based approach. The impact of messaging on HCP engagement was assessed across multiple creative and messaging types—all surpassing our benchmark click-through rate (CTR). Placement of the ads influenced performance as well, with the highest performers being those within the news feed. Again, these metrics outperformed benchmark.

The majority of engagements coming from paid social were from mobile devices. When coupled with program results, this validates the theory that HCPs remain highly engaged with traditional “white coat” content, such as KOL-focused promotional medical education, in more casual media spaces.

BioPharm Communications plans to continue developing social media as an integral part of our omnichannel approach to HCP non-personal promotion.

2021 Will Be Another Transformative Year for Digital Marketing

The Importance of Opinion Leader-Content in a Digital Transformation