We supported passage of the Affordable Care Act for the simple reason that it is efficient to include the uninsured and underinsured in our system of care. But execution of the law has unfortunately reduced the number of people able to obtain insurance for the first time. That’s a challenge for our business. We’d like to see additional growth in Medicaid at the state level-the fact that 23 of the 50 states have refused to participate in the federal subsidy arrangements to extend Medicaid eligibility hurts both providers and patients; we think those states are leaving money on the table that could yield better local health outcomes. Nevertheless, we are optimistic the numbers of insured will grow over time as all parties work toward a sustainable model of coverage.

The old model, so successful for so long, is not going to work in the future. I think the industry knows that, but it is hard to let go of something that worked in pursuit of something you haven’t yet figured out. One telling sign of failure is the industry’s more frequent use of the price hike lever on existing products, many of which have been on the market for years. This is not a trend limited to big Pharma-the smaller biotechs are doing it, too, on the rationale that reliance on just one or two new marketed products means they must obtain huge margins because another such opportunity may never come their way again.

The industry is still innovating-but on a financial model of drug development that has little to do with science. The acquisition of Pharmasset by Gilead Sciences solely to obtain the rights to the HCV blockbuster Sovaldi is a good example. The drug was already through Phase III trials and Pharmasset had determined $36,000 per treatment was the right price; then Gilead bought the company, for $11 billion, and promptly added $50,000 to the asking price for Sovaldi. That’s not what is meant in recognizing an “innovative step.” This financial model is by no means limited to Gilead-Roche did the same thing by acquiring InterMune for a single therapy, and is apparently paying for it by raising the price of that drug by another $50,000. We don’t think this model is sustainable. Companies outside the drug sector should not exist just to pay their employees’ pharmacy bills, but that’s the direction we are headed.

The US is an outlier country in failing to consider cost in the value equation for pharmaceuticals. Under Medicaid best pricing rules, we set a floor around the cost of drugs, while the UK and European countries fix a ceiling-I think we have it backwards. It would be a positive if the Patient Centered Outcomes Research Institute (PCORI) had the ability to look at cost as well as clinical effectiveness in its studies on disease-level issues and conditions.

Yes, I’ve been criticizing these high industry prices for most of this year. But what’s less said is I am offering a clear path toward a solution, consisting of four principles I submit to my drug industry colleagues for consideration.

The first is to exercise good judgment in adhering to society’s social contract around pharmaceuticals, which many would define as a public good. How to do that? Step up contacts with all stakeholders with an interest in the product, well in advance of market approval. This process must include the payer’s insight as to what we think is tolerable in the commercial space. For the record, Express Scripts was never informed by Gilead prior to launch as to what the introductory price for Sovaldi would be. It came as a surprise.

Companies also must be aware of the context in which their medicine is going to be used. An orphan drug that will only be prescribed for that small “orphan” population is one thing; a drug intended for the masses, but priced as an orphan drug, is another. Expectations have to adjust.

Second, contribute to securing a final approval pathway for biosimilars here in the US. We think the potential system-wide savings from biosimilars are truly significant, at $250 billion by 2022 for just the 11 most popular biologics. It is a market-oriented extension of the drug industry’s own “headroom for innovation” construct, giving payers more leeway to fund the new hepatitis C treatments and PCSK9 inhibitors for cardiovascular conditions.

Third, sever the connection between IP and drug development through “evergreening”-engineering minor, low-cost modifications to existing products to secure another 20 years of patent protection. It violates one of the industry’s own principles, which is to contribute medicines that add value to patients and providers.

Fourth, step up the effort with other stakeholders to force all developed international markets to pay their fair share of new drug innovation. When the poorest person in America is asked to pay $84,000 for a course of treatment on Sovaldi while a rich stockbroker in London’s financial district pays only $57,000 through the NHS-that’s just not fair. The US pays to secure peace and stability for our allies; those who pay for medicine in this country shouldn’t be required to do the equivalent-and if the Ebola crisis teaches us anything, it is that health today is a global, shared responsibility.

The obligations of government…

Fixing our health system is not dependent on the drug industry alone-all actors need to step up to the plate. What should government be asked to do? Funding for basic medical research has to be restored. The drain in NIH resources must be reversed. In addition, modernization of the FDA is long overdue, including incorporation of the new technologies and information tools available to better tailor clinical trials to real patient needs and to speed processing time through better endpoints-faster and safer. And why shouldn’t all [new drug applications] carry a breakthrough designation? More good drugs on the market result in more competition, resulting both in improved patient outcomes and lower prices. Targeted malpractice reform is another innovation we support, including compensatory funding pools that shield drug companies willing to invest in high-risk areas like Alzheimer’s or vaccines.

Put short, we have to be responsibly explicit in what we expect in terms of a fair or appropriate price. If you don’t like Sovaldi at $84,000 per treatment, then what are you willing to pay? It’s unrealistic-and a bad read of the market-if you think that price is going to be $10,000. There is a balance to be struck in crafting a benefit design that will motivate the manufacturer to innovate, develop, and supply it while ensuring patients will access and adhere to this drug. Hence, it is contingent on every payer to come up with benefit designs that preserve the access that patients expect and make sense, from a total health solution point of view.

For the full profile of Dr. Miller, click here.

The Path to Meaningful Digital Transformation 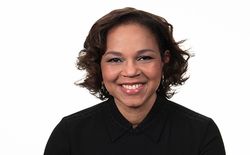 A Vision of a Fairer World 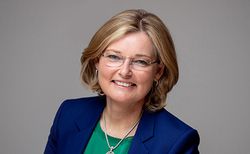