Today’s Accelerated Pace of Innovation: Can We Afford It?

A remarkable run indeed, but cost questions can’t be ignored.

Late last month, Intellia Therapeutics and its partner Regeneron rocked the biotech and CRISPR world with highly positive early data from the first patients ever to have their DNA edited with an in vivo CRISPR/Cas9 therapy delivered systemically. This first-in-human gene editing data could possibly be a crowning moment of achievement, demonstrating proof-of-concept data and opening up the potential for advancing cures for genetic diseases following years of research. Genetic diseases could ultimately be cured and patients who once faced short life spans in addition to challenges to their quality of lives could live normal lives.

The interim results from a Phase I study in patients with transthyretin (ATTR) amyloidosis, a rare and fatal genetic disease, were reported at the Peripheral Nerve Society Annual Meeting and memorialized in The New England Journal of Medicine.

Intellia’s share price soared 50% on the news and (as of June 28) was up 550% over the past year. The stocks of other gene editing hopefuls, CRISPR Therapeutics and Editas Medicine, were also up considerably.

Innovations abound and the pace is accelerating.

We have witnessed the unprecedented rapid and successful development of the COVID-19 vaccines; our industry does fundamentally change the lives of the patients it serves. The reopening of the economy and our ability to socialize, work, and enjoy life’s simple pleasures, such as a hug, is all due to heroic work and scientific accomplishments of our industry

Affording the cost of our successes

Pfizer has projected a whopping $26 billion in its COVID-19 vaccine revenues in its first full year of sales—which is a level nearly double the annual sales the top-selling pharmaceutical drugs of all time have achieved over more than a decade on the market.

What will curative gene therapies cost? Who and how will we pay for them?

And these new breakthroughs, like the COVID-19 vaccine, will likely be adopted by large numbers of patients, for example, the recent entrance of Biogen’s Aduhelm, a disease-modifying treatment for Alzheimer’s disease. These have broad-reaching societal impact that will need to be addressed, in terms of access and affordability.

FDA’s decision to approve the first Alzheimer’s therapy in nearly two decades sparked controversy. The regulatory debate centered around Aduhelm’s murky clinical benefits. The drug was approved on a surrogate endpoint and was given a label for a broader population than was studied in the clinical trials. FDA’s decision also went against a no vote from the agency’s independent advisory committee. Biogen’s decision to price the drug at $56,000 per year —above even the most-lofty analyst forecasts—has invited widespread criticism from payers, Medicare, and politicians. The Kaiser Family Foundation found that Aduhelm’s bill to Medicare could hit $29 billion annually, more than twice Biogen’s sales in 2020, a hit that threatens to increase premiums for all 56 million enrollees.

In 2017, about two million Medicare beneficiaries used an Alzheimer’s treatment. If one quarter of them took Aduhelm, you reach the $29 billion, which is about 78% of Medicare’s total 2019 spending on Part B drugs. The Alzheimer’s Association has called Biogen’s price simply unacceptable after pulling for its approval.

CMS is investigating the FDA approval, and coverage of the drug. Lawmakers are also jumping on board; senators Elizabeth Warren and Bill Cassidy called on the Senate Finance Committee to hold a hearing on Aduhelm’s costs and the financial challenges facing Medicare. One senator even called for the removal of FDA Acting Commissioner Janet Woodcock.

This is, sadly, reminiscent of the fallout when Gilead launched Sovaldi, a cure for hepatitis C virus, at $84,000, and in a targeted, much smaller population. The mistake there was made of not seeding the value proposition with payers and patients and fighting the consequences; life was tougher than it needed to be.

I was so gratified to see the Harris Poll approval ratings for our industry skyrocket through COVID-19 as the world recognized that biopharma was literally the path out of the pandemic. The therapeutics and vaccines were delivered, and we had a huge impact on society. Leaders, let’s build on that momentum for the long term; let’s not break it down.

Barbara Ryan is Founder, Barbara Ryan Advisors, and a member of Pharm Exec’s Editorial Advisory Board 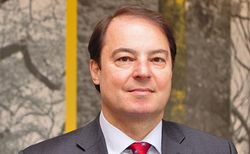 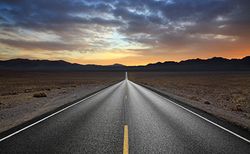 Escaping the “Valley of Death:” The Funding Process for Biotechnology Companies