The worst thing about working for most corporations is the inevitable downward pull they exert even on the best of us. That's why it's always sad to lose a company that learned to fight back.

I don't know about you, but I'm going to miss Wyeth. When I heard that it was to be merged into Pfizer, my first thought wasn't about the price paid, the synergies to be achieved, or the possible impact on the world's largest drug manufacturer. What I felt was regret at the likely loss of an admirable organization that, whatever its financial successes or failures, was resilient, patient-focused, and capable of self-analysis and change. I won't say it was perfect—what human institution is? But it had a positive corporate culture and values, and more than most companies it seemed to be figuring out the future of pharma. Something was right at Wyeth.

It's not that I don't get the logic of the deal (which is laid out in excellent detail by Senior Editor Walter Armstrong, starting on page 36). Pfizer needs product revenue to show some growth over the next few years and to reduce the impact of Lipitor going off patent in 2011. Wyeth has products and a pipeline that will help do the job. It also has a presence in biologics and vaccines, both of which will help balance Pfizer's portfolio, and a consumer products division to replace the similar (though larger) division Pfizer ill-advisedly disposed of in 2006. The deal isn't going to solve Pfizer's problems, but it will buy some time and—who knows?—may pay off in larger ways we can't yet anticipate.

On the Wyeth side, the stockholders get a nice premium on their investment in a rotten market as opposed to waiting uncertainly for returns that might or might not ever come. And for CEO Bernard Poussot, a long-time member of Wyeth's terrific management team, there's an eight-figure bonus that most of us would find extremely persuasive.

So the deal makes decent sense in terms of the numbers. It may even make sense in terms of transferring to Pfizer some assets that will help balance its portfolio. But the creativity and life and teamwork that made Wyeth memorable? Whatever Jeff Kindler says—or intends—it's hard to imagine that they will survive.

The market, of course, would tell us none of that really matters. Pfizer was willing to pay more for Wyeth as stuff to be rummaged through than management and the shareholders felt they were likely to achieve by keeping the company together. To do anything but sell it would be, I don't know, sentimental.

So call me sentimental. I've worked for corporations and reported on their activities for enough years to see their benefits and their limitations. When they're good, they can be brilliant. When they're bad, they're zombies, mindlessly staggering after short-term profits, no matter what they cost in the long run. It's as if they're obeying a sort of business law of gravity.

There's a lot about that sort of gravity that's hard to stomach. The law of business gravity puts profits over patients, assets over teams, numbers over the creation of a sustainable, creative enterprise. It encourages change but scuttles innovation. It always seems to win in the end, but most of the professionals I admire seem to share the conviction that their duty is to fight the downward pull as long as they can.

So, no disrespect to Pfizer, and here's hoping the merger bring success to all, but it's hard to lose a Wyeth—a team of people who clearly had inspiration and knew which end was up.

So, for the folks at Wyeth, and the gravity fighters at other enterprises on the verge of being swallowed up, thanks for the effort. Keep your heads up—and your feet off the ground. 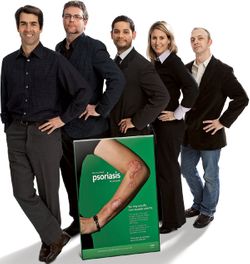 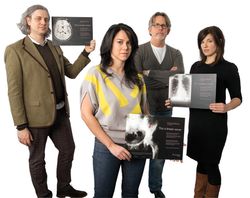 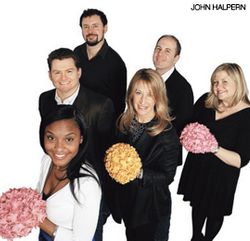