Animal rights activism has been rightly declared as a policy challenge where big pharma has made some progress. Anecdotal evidence and independent survey results—including several referenda in Europe – suggest that public attitudes toward the industry's use of test animals in research have improved. But has the issue really moved on? Or is it slipping out of the mainstream to morph into a potentially more militant and dangerous phase?

The question is worth posing, due to the emergence of a new class of activists committed to a highly personal campaign threatening violence against specific industry executives. Novartis CEO Daniel Vasella is the most prominent target, as victim of several bizarre attacks on family property over the past few months. The assaults are part of a shadowy pattern of actions against Novartis executives that appear motivated by the progress the company has made in explaining its positions to the public and other stakeholders on animal testing.

Vasella himself is characteristically direct, telling Pharm Exec and Swiss newspapers that the attacks—including desecration of a family grave site and the torching of his vacation residence in Austria—are "beyond activism and represent an effort to instill fear. I call it terrorism."

The Novartis case illustrates a key challenge for companies in managing efforts to impugn their reputation as responsible corporate citizens. How do you distinguish among groups that are credible and open to dialogue against the "flame throwers," who rely on tactics best summarized by the phrase "anarchical non-engagement?" When an issue is controlled by the latter, it effectively becomes a terrorist front, with the only dividing line being whether the terror takes the form of verbal fisticuffs like hate mail or actually leads to physical violence against persons or property.

The Militant Forces Against Huntington Life Sciences—the group that claimed responsibility for the arson incident in Austria—classifies itself in the latter category. Its goal is to ratchet up the attention on animal rights by intimidating mainstream activists and radicalizing the debate into two irreconcilable camps. One key tactical maneuver is its focus on Huntington Life Sciences, the leading contractor for lab animals, as the poster child for bad behavior. Militant Forces wants to make a drug company's association with Huntington the sole test it must pass to ensure ideological purity on this issue.

More important, the movement's violent fringe has become more disciplined over the last decade. One consequence is that law enforcement efforts have increased. At least 15 animal rights activists are currently serving prison sentences in the UK and the US for violent crimes.

Facts carry little consequence in this struggle. It is worth noting that Vasella isn't even included in the latest list of "Ten Worst CEOs" published by the largest mainstream global animal rights group, People for the Ethical Treatment of Animals [PETA].

Nevertheless, Novartis employees worldwide are increasingly at risk. Activists sabotaged 17 tubes of Lamisil cream in Mexico, cars of Novartis employees have been trashed, and a Novartis office in Switzerland was attacked with butyric acid. A building in Germany was burned down in September because the company was building an animal testing laboratory inside.

As the pressure heats up, what is the best course companies can take? Novartis can offer some guidance here.

First, the commitment by Vasella to speak up in the face of intimidation not only ensures that militants won't dominate the debate; it provides a boost to company morale as well.

Second, Novartis has established an internal, "bottom up" effort with its own animal-welfare organization of 60 employees that meets regularly to ensure the company sticks to its standards.

Third, exchanges take place between company scientists, toxicology experts and a range of non-violent groups about how to test products in the most humane way. The exchanges are geared to real metrics, with the result that as Novartis' investment in R&D has increased, the animals it uses in testing has declined.

Fourth, in addressing its adversaries, the company puts unremitting faith in messaging around continued progress in medicine. Science may offer the best hope of defusing the issue, as technological advances in computer simulation may soon limit the necessity for most animal testing. 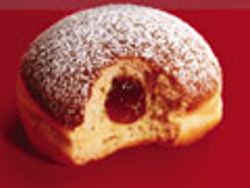 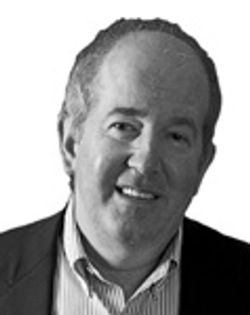