Some of the most creative and influential graphic designers and illustrators did time in pharma marketing.

The pharmaceutical industry began a conversion from sophistic snake-oil salesmanship—or saleswomanship in the case of Lydia Pinkham and her well known "vegetable compound," or "women's tonic"—to marketing science-backed medicines in the mid-20th century. At the same time, a group of artists, graphic designers, and typographers, and people like Herb Lubalin, who was all three, emerged to create the first drug advertisements. Early innovators such as Paul Rand, Jerome Snyder, Lester Beall, and others brought ideas from the European avant-garde to bear on drug ads, often to spectacular result. An art exhibit called "Pharma," put on last month by the Herb Lubalin Study Center at Cooper Union in New York City, brought together a fascinating collection of print ads, promotional mailers, and other miscellany documenting the adolescence of pharmaceutical advertising.

Paul Rand, who later became best known for his logo designs—IBM, ABC, UPS, among them—was 29 years old when he designed a vibrant ad for Smith Klein & French's Benzedrine Inhaler, a product immortalized by Jack Kerouac in his novel "On the Road" (he called them 'benny tubes,' and cracked them open to swallow the Benzedrine-soaked strip inside, for a cheap high). Herb Lubalin, at 27 years old, joined Sudler & Hennessey as an art director in 1945, and his work quickly drew attention. "He had a certain wit that he imparted to the work, and was great with making words come alive," Alexander Tochilovsky, the exhibit's curator, tells Pharm Exec. Lubalin "changed the way topography was treated; he was truly one of the first designers to 'play with type,'" continues Tochilovsky.

Illustrator and graphic designer Jerome Snyder, born in New York City like Lubalin (Rand was born in Brooklyn), was the first art director at Sports Illustrated. He also created strikingly creative pharma ads, for example the Paul Klee-inspired promo mailer for Ciba, from the 1950s. "Most designers were trained as artists and were practicing artists, so they invariably found ways to inject their interest in the art into their work," Tochilovsky says, describing the early days of pharma marketing. The best creative work then and today happens when individuals push the envelope, and bring their own ideas to the medium. 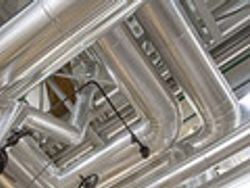 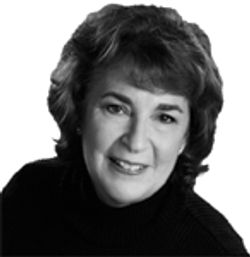 FDA Gets a New Look