I'm running as fast as I can." That describes how many pharma executives see their work-as a high-stakes race. Just as competitive runners find that a coach can be a vital part of their success, many business executives are discovering the benefits of working with a professional coach to improve their leadership skills. The result has been a transformation in the way coaching is applied and perceived. Far from being seen as a remedial step for "fixing" executives who are performing below standard, it has become widely used as a way to make already-effective leaders even better and to move them to the next level of their leadership.

I'm running as fast as I can." That describes how many pharma executives see their work-as a high-stakes race. Just as competitive runners find that a coach can be a vital part of their success, many business executives are discovering the benefits of working with a professional coach to improve their leadership skills. The result has been a transformation in the way coaching is applied and perceived. Far from being seen as a remedial step for "fixing" executives who are performing below standard, it has become widely used as a way to make already-effective leaders even better and to move them to the next level of their leadership.

Two years ago, Novartis was looking for a way to give its senior management team in Montreal, Quebec, an extra edge. In an industry in which the competition for leadership talent is particularly fierce, the company realized that coaching was the way to both retain and develop its leaders. In the end, we called in an outside coaching firm to offer its services to all 12 members of the management team at the vice-president level. This article shares that experience and describes how leadership coaching applies in a senior-management setting. It also gives real-life examples of how such coaching is particularly applicable to a pharmaceutical environment. Â»

To understand how leadership coaching can help take a management team to a higher level of effectiveness, it's important to understand some of the principles behind it.

We called in master certified coach Sheila Goldgrab of Goldgrab Leadership Coaching, who designed a 360-degree structured interview process, with exploration as the approach. The feedback process itself can lead to a ripple of new behaviors and attitudes across the organization. That was the case with Francis Bouchard, who at the time of his coaching was vice-president of sales in the Montreal office (he has since been promoted and transferred to an affiliate in Paris). After the team provided feedback to Bouchard about his strengths and developmental priorities, Bouchard and his coach continued to meet with all of his direct reports on a regular basis for ongoing feedback and to assess his progress.

In part, what Bouchard heard from his direct reports was that they were impressed by his willingness to display vulnerability in front of them. At the regular follow-up sessions, Bouchard had additional opportunities to model leadership with authenticity and candor-and his senior managers had a chance to discuss and learn from what Bouchard had gained through coaching. That, in turn, fostered a feedback culture in which his sales directors made greater requests for feedback from him.

As Bouchard's senior managers began to imitate some of his new behaviors, the effects of leadership coaching were felt two levels below him.

Direct report Jean-Michel Carpentier, for example, had participated in the 360-degree feedback with Bouchard, then replicated the interview process to get feedback on his own performance from his reports. He also began to meet with them regularly to learn what behavioral differences they had noticed with him. Carpentier describes how the process affected him: "I meet managers face to face only six to eight times a year, therefore each of those meetings is extremely intense and business focused. As a result of being part of my own manager's 360 sessions, I began to make it a priority to include personal development face-to-face sessions in our meeting schedules for the first time.

"Together, in an open forum, we identify strengths and areas for improvement, then measure progress on a regular basis. The level of information I shared and my consultation process were the two common themes identified as priorities to improve our team's working relationship. We validated the progress six months later and overall feedback was extremely positive. The managers felt more valued and involved in decisions than before and shared specific examples supporting that change.

"As a consequence, managers started to roll out the same process with their respective teams, resulting in some very positive outcomes. To improve management skills, any manager starting this process must be humble, listen, and accept without argument the feedback from their teams. In my view, listening and accepting what the team has to say about a leaders' performance is the best demonstration of a core ability required in today's world to become a great leader."

For Shanahan, the benefit was in helping her refine her role as a communicator of performance expectations: "It can be a fine line between supporting an associate's development and knowing when to let go. I learned that I would prefer to hang on longer than what might be useful in the long run."

As a result of the coaching process, Shanahan launched a global group mentoring initiative and offered to help IT managers outside her own country gain momentum and get results. Mentoring topics now include development plans, performance evaluations, tying objectives into development plans and performance, replacement versus succession planning, and career paths. It also involves action items for experimentation and for practicing the skills learned.

Communication doesn't just flow downward, of course, and for Shanahan a key insight had to do with how she was communicating upward. "I learned from some feedback that suggested I review how I was utilizing sessions with my boss in the US, the CIO for Novartis North America," she says. "I saw that I used the time we had principally for problem solving and that I wasn't sharing any of the good news. Now, the perceptions of me and my department have shifted because of what I learned about building a profile-without changing my modest style."

The executive team members at Novartis Canada were relatively young, and although members of our executive team had extensive management experience, many were new to the vice-president level. Young, high-performing individuals tend to have high expectations-meaning they need to be capable managers themselves, with retention strategies in place for those who report to them. The company felt that making a commitment to coaching was about creating a commitment to themselves and their own growth. Novartis positioned coaching as support for the CEO's executive development objectives. The VPs in the Canada office were encouraged to get involved in coaching as part of their overall development plans. The goal was for each of the senior individuals to design and execute a full and significant plan. Once the plan was in place, coaching introduced structure and accountability-meaning the executives were more likely to fulfill the plans they had created. Without coaching, their good intentions to design a plan might have been derailed by other priorities.

One important thing to remember in constructing a coaching program is that executives, even if they are relatively inexperienced at their level, are likely to have taken courses or seminars, or to have done extensive reading in management issues. They may be skeptical about what coaching will do for them, or, worse, they may think that coaching is mostly intended for executives with performance problems.

"For a lot of executives, they've already taken all the courses," says Shanahan. "Also, in your technical area, you are already quite proficient. At this level, it's the more complex issues regarding people management."

Organizational commitment can make a big difference in how people receive the idea of coaching. For instance, at Novartis, Stuart Kruger, vice-president of legal and corporate affairs and general counsel, had already received plenty of executive development opportunities, including Harvard Business School courses. When he was asked to consider coaching, he was skeptical.

When he looked further, however, he found out that his immediate superior in Montreal, as well as his global superior in the Swiss head office, were both working with coaches and that the coaching experience was a priority for the company's management team. He was persuaded to start working with a coach himself. At that point, the results won him over.

"It works better than a course because the results are about you," Kruger says. "You're not sitting there for a generic application, shared with 30 other people. It's one-on-one attention."

Coaching often provides information not likely to be found in a course, Shanahan adds, and often is a way of quickly getting up to speed on a new way of thinking.

In technical fields such as pharma, it is common for people to have a lot of academic experience and to be accustomed to working individually in making decisions. To Pier-Giorgio Fontana, vice-president of regulatory affairs at Novartis Canada, that is part of the reason pharma is especially ripe for coaching."We spend time on science and details," he says, stressing that pharma executives need to find their balance as leaders and that scientists and physicians in the industry may not invest enough time in personal development.

Fontana, who has 28 years of experience in the industry, says that not all pharma companies are as willing to invest in people as Novartis is. He is impressed that Novartis would invest resources in helping him develop. He feels that the coaching sent a strong signal that the company cared about his success.

In today's pharma sector, managing the product pipeline is a major success factor. However, there is another "pipeline" at work as well-the leadership pipeline. Companies need to develop their people and groom them to take on leadership positions. At Novartis, there is a commitment to be aggressive in the acquisition, retention, and development of leadership talent and to accelerate leadership development at the senior levels as a priority of our human resource strategy. As our experience at Novartis has shown, coaching, as part of a focused development plan, can be a key factor that gives leaders and their organizations an edge in keeping the talent pipeline flowing. 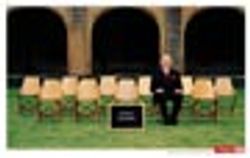 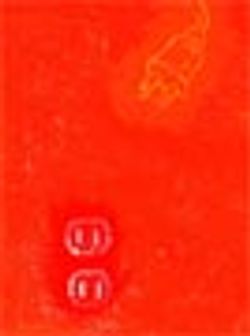 Knowing When to Pull the Plug On Your Experimental Drug