Pharma needs a reeducation on what it means to be compliant.

The compliance paradigm in pharma is flawed. My evidence, I confess, is largely anecdotal but as in medicine, a weight of anecdotal evidence does warrant further investigation and these are not simply my own observations. If you provide an opportunity to express frustration with “compliance,” you can hear the problems for yourself. In no particular order and without any claim to being exhaustive, here is a list of some of the things I heard from a mixed medical and commercial group to whom I gave the opportunity to vent.

Among other things, compliance was described as:

From a business perspective, one could perhaps reasonably say “so what?” to most of this. So what if compliance is made boring? Lots of jobs are boring. So what if it appears arbitrary and a legal exercise? The company has to cover its responsibilities in law. So what if it is tribal? Medical and commercial functions have differing roles and objectives. By themselves, perhaps these aren’t problems, but they do reflect a compliance paradigm that has negative consequences for our business and society. It is a paradigm in which the central flaw is the belief that rules are the sole protection against immoral behavior and individuals cannot be trusted to reach good decisions.

Consider for a moment how commercial ideas are developed and progressed. An idea is created by a brand team (a sales aid, a meetings program, or a website) and it is flung with its details at a compliance sieve; what takes place is whatever gets out the other side. Too often that is very little or nothing. The compliance sieve is getting finer and finer as more and more mesh is added, not by regulators, but voluntarily by companies. This is in the mistaken belief that more rules make things clearer and less risky: doing nothing is compliant-surely the fewer things we can do, the more compliant we must be.

This “do-nothing default” may achieve compliance but it is ethically deficient; if a program of education and communication in a neglected disease area is abandoned because of a small imagined risk, compliance is achieved, but no one is helped and the ethical equation is in the negative. Worse perhaps is that doing nothing is more usually not even a conscious decision; it is simply a consequence of uncertainty about what is allowed and fear of repercussions that leads to inertia and projects ending up in the long grass that has grown around them.

The obsession with adding internal company compliance rules not only engenders inertia, it also undermines the very thing that most protects the pharma industry: the ethical good sense of the people within it. Every time a new compliance SOP is issued, dictating the actions an individual must take in a particular arena of activity, it restricts further the need for that individual to decide for themselves. That may be the aim, but simultaneously it removes from the individual their accountability to do the right thing. They must comply with a course of action-not decide a course of action. They must learn a rule-not understand how to make a decision.

None of this is to say compliance regulations within companies is unnecessary; it is only to say it is not a panacea to address the ethical problems the industry gets itself into. We cannot write a rule for every scenario and we should stop trying to. Lay out basic expectations and critical processes to get things done, but let’s stop trying to dictate every action, or identify every possible wrong.

Just as internal company compliance regulations need to change, so too does compliance education. We need the good people in pharma to think and we must empower them to do so. The pharma industry employs people with well-above-average intellect who in their day-to-day lives have formed views about some of the most complex moral issues humanity has faced, from euthanasia to stem cell research to capital punishment and beyond. These are people we should trust. Compliance education should utilize those natural ethical abilities, making the links between morality and compliance strong and intuitive such that being compliant is not seen as a company hurdle but a personal moral obligation. 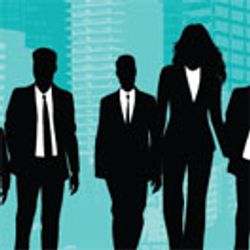 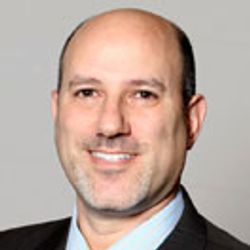 How Pharmas, Payers, and Providers Can Meet the ‘Triple Aim’ 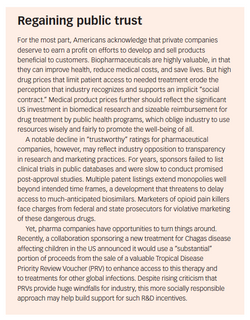