Ambry Genetics' CEO discusses his company's decision to release the genetic information of its customers for free-a rare move, reportedly, for a commercial testing firm.

You may have caught the news yesterday that DNA testing company Ambry Genetics is launching a free online database that unlocks the human genome information of 10,000 of its customers. AmbryShare will initially include data focused on breast and ovarian cancer, but the company said it plans to release thousands of genomes every month (covering all the diseases it tests for), potentially making available data from almost 200,000 individuals annually.

The purpose of the move, according to Ambry, is to help advance the relatively new field of precision medicine. It’s in line with President Obama’s Precision Medicine Initiative, which includes the development of a voluntary national research cohort of at least a million people. Ambry’s move also reinforces its belief that human genes should not be patented or owned-a debate that has generated much fervor on both sides for decades and was in the spotlight in recent years.

Pharm Exec caught up with Ambry founder and CEO Charles Dunlop briefly via email to discuss his company’s decision and the larger implications for the medical research community.

PE: What was the chief motivation to release this data into the public domain? Is it simply a matter of the access need?

Dunlop: The decision to release our data is a matter of doing the right thing to advance research and save lives. For too long, vital genomic data have been hoarded by commercial and academic organizations, and that practice has stagnated medical progress. It has caused real human suffering and it needs to stop.

I am a Stage IV cancer survivor, and at a critical point in my recovery, I realized that genomic data are just too valuable for anyone to hoard and profit from. By sharing the data and collaborating with the research community, we can speed up the discovery of new treatments and cures to save more lives, sooner.

PE: How would you encourage other organizations, whose business model may involve selling genetic information, to share such data in the same manner?

Dunlop: Anyone collecting genomic data should free that data. It’s just the right choice because everyone benefits if medical research can progress. I would like to see more data sharing across the industry, and would support efforts to make it easier for researchers to share.

PE: There are other genetic databases accessible to the public. How is AmbryShare different, in terms of the potential value of the information?

Dunlop: AmbryShare is the largest free, disease-specific public database of human genome sequencing data. The data released are anonymized, aggregated data of 10,000 human genomes focused on hereditary breast and ovarian cancer. These are allele frequency data, meaning that they allow us to see the occurrence of gene

mutations across the population.

Based on the sheer volume of the data we have released, we have already identified 10-fold more genes implicated in breast and ovarian cancer than was publicly known, broadening understanding and potentially opening up more drug targets than from any single data release in history.

Ambry Genetics is committed to continuing this effort to sequence genomes and release the data for all of its consented and de-identified patient samples, to gain these kinds of genetics insights for other cancers and other disease areas.

PE: With the possible momentum for more public sharing of genomic data such as yours, are there unique privacy concerns that organizations should be aware of?

Dunlop: Patient privacy is very important to us, which this data release is aggregated exome data from consented and de-identified patient samples. We also secured approval from an independent research board to conduct research exome sequencing on these patient samples. 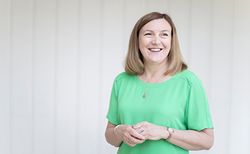 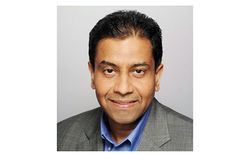