Could Valeant Pharmaceuticals Have Gifted Teva its "Biggest Commercial Hope"?

Intellectual property analysis of one recently approved drug shows how Valiant might have missed out on at least one vital acquisition opportunity. Duncan Clark reports.

Shares in Canadian-based Valeant Pharmaceuticals fell in February this year after the company reported that it expected revenues to fall by as much as 8% as it struggles under pricing pressure and continues to pay down tens of billions of debt that it has built up through numerous acquisitions.[1]

Analysts estimate that the company is also facing a dent in revenues of several hundred million dollars as its patent protection on several valuable medications expires over the next few years. Earlier this month Valeant revealed that its iNova Pharmaceuticals business is set to be sold in the second half of this year for $930 million as CEO Joseph Papa tries to reduce the organization’s enormous debt position.

Is Valeant Pharmaceuticals just another victim of the intensely competitive pharmaceutical industry, with its high R&D costs, and challenging regulatory environment?

Intellectual property analysis of one recently approved drug-AUSTEDO-shows how the company might have missed out on at least one vital acquisition opportunity. Instead, the company ended up spending years of research and several clinical trials on essentially the same molecule for a different therapy, with little to show for its investment.

The complicated story of AUSTEDO

AUSTEDO is the brand name of deutetrabenazine, a recently FDA approved drug for the treatment of chorea associated with Huntington’s disease. The patent for this drug is US 8,524,733, and was originally filed in 2009.

Prestwick was acquired by Biovail in 2008 and Valeant and Biovail agreed to merge in June 2010. Valeant Pharmaceuticals had also been pursuing tetrabenazine independently, although its Phase II trial for use in Tourette’s syndrome was eventually withdrawn in 2010.

With the acquisition of knowledge through mergers and acquisition activity, it should follow that Valeant would have the upper hand in research around this molecule.

But fast-forward to 2017 and we find that deutetrabenazine, a modified version of tetrabenazine, becomes the first new drug in a decade to be licensed by the FDA for symptoms of chorea in Huntington's disease.[2] The assignee of the patent is Teva. So what happened?

What could Valeant have done differently?

Given that Valeant could have known as early as 2005 that the structure it was working on had completed advanced trial phases for Huntington’s disease, there are several ways the company could have achieved a better outcome.

In one scenario, they could have opted to modify their base structure and apply it to other therapeutic areas to build a better defence against others patenting in this space. Pursuing multiple therapeutic areas in this way can reduce the impact of a failed drug release. For example, Neurocrine Biosciences suffered a setback when valbenazine (which has a similar structure to tetrabenazine) also failed a Phase II trial for Tourette’s syndrome; however, just last month the company achieved approval for the drug as a therapy for tardive dyskinesia instead.

In the case of Valeant, it should have had an early-mover advantage when it came to tetrabenazine. But analysis reveals that it was Auspex Pharmaceuticals who had a clear track record in patenting similar structures around tetrabenazine for Huntington’s disease, and it was Auspex who eventually filed a patent for deutetrabenazine. Did Valeant throw away the early advantage it had to protect its space, or it was too distracted by its spending spree, as the company continued to buy multiple pharmaceutical companies to drive growth?

A lifeline for Teva

One thing is clear: Valeant was in the market for buying pharmaceutical companies and Auspex was up for sale. But, it wasn’t to be. In 2015, Teva snapped up Auspex and, following on, in April 2017, Teva announced that the FDA had approved AUSTEDO (aka deutetrabenazine) tablets for the treatment of chorea associated with Huntington’s disease.

It’s a move that could be the one that secures Teva’s existence, as EP Vantage explains: “The drug is one of Teva’s biggest commercial hopes outside its generics base, and the beleaguered company needs to show that it make can make the most of this opportunity.”[3]

Meanwhile, Valeant’s woes continue, as it attempts to bring its debt burden under control. Valeant is in need of a heavy-hitting new drug and almost certainly will have to undertake some rigorous data crunching alongside its R&D efforts to define the best course for its future. 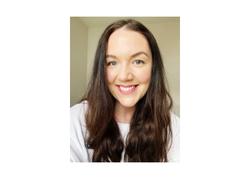 The Future of Safety and Adverse Event Processes