Do you know your doctor's style? 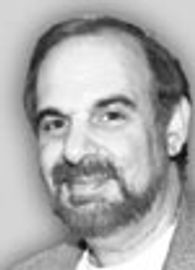 Michael Kessler is a physician and is president and CEO of the Atlanta-based Medical Communications Center. He conducts beginning, intermediate and advanced sales training workshops for the pharmaceutical, medical product and device industries. He can be reached at MKessler@repsuccess.net or (404) 257-1251.

Profiling the physicians you sell to.

Most reps realize the importance of understanding the social and behavioral styles of their doctors. Unfortunately, when dealing with doctors, it's not as simple as just mirroring these styles.

Many courses that teach techniques for selling to the different social or behavioral styles are excellent. But what happens when you try to implement these techniques and strategies with non-communicative, arrogant, egotistical and argumentative doctors? It's not easy to succeed with these types of difficult physicians.

To maximize the usefulness of social and behavioral style information, you must combine it with an understanding of the mind-sets of doctors â how they think and act and why. Once you understand this, it will be much easier for you to be versatile. When you combine knowledge of social styles with a knowledge of the doctors' mind-set, you really have a powerful sales approach.

In focus groups with difficult doctors, they tell me that they see a majority of reps as being "perky, chatty salespeople who waste my time with their canned sales pitches, and [they] don't understand what I want or need."

In my sales training workshops, I ask reps, "What social or behavioral styles do you have the most problems dealing with?" Invariably they say it's the analytic and driver (investigative and authoritative) social or behavior styles. That being said, it should come as no surprise that many difficult physicians and surgeons are analytics and drivers.

The making of an analytic

College students must have good analytical skills to get into medical school. All doctors go through eight to 12 years of training that reinforces the analytic and driver styles. No matter what social or behavioral style a doctor had before he or she went to medical school, the doctor is thoroughly indoctrinated into the analytic and driver styles while they are in school.

After eight to 12 years of being subject to analytic- and driver-style training, those who originally had analytic and/or driver styles got reinforcement for their style. Once out of training, they became the difficult doctors with whom you have trouble dealing effectively.

Doctors who were amiable and expressive before starting medical school had a tougher time in their training. But once out of training, these doctors regained their amiable and/or expressive style to became the 40 to 60% of doctors in your territory with whom you are successful.

It is important, however, to remember that when doctors (regardless of their style) are discussing clinical issues with their peers, they revert to the analytic and/or driver style. They are comfortable in this style. It's the way that they were trained to communicate with other physicians.

Dealing with a difficult style

The most common mistake made by reps today with analytic and/or driver doctors is being product-oriented rather than education-oriented. The minute these doctors hear about a product, with its features and benefits, it's over. That rep has just been stereotyped as a typical salesperson, and the doctor shuts down. In addition, future access to that doctor will probably be curtailed if not denied altogether.

A real-world example comes from a rep who could only get an appointment with a difficult analytic doctor by writing down what she wanted to discuss. The doctor would read it and then decide if he would allow the rep to come back for an appointment. The rep wrote three different letters about her "new product" but never got an appointment. It was obvious that the doctor didn't want to have anything to do with someone who was just like other pharmaceutical representatives. I told the rep to challenge the doctor by writing a letter asking him what his take was on an important article that was just published regarding the disease state related to her product, but not about the product itself. It worked, and she got in to see him.

Because she understood the social/ behavioral style and the mind-set of the doctor, she gave him what he wanted, how he wanted it and in a way he was used to receiving it. You will be more successful with these types of difficult doctors if you position yourself as an educator rather than as a salesperson. For example, don't lead with product. Lead with clinical information from a journal article that shows the physician that you are a valuable educational resource and not a stereotypical rep.

The next most common problem in dealing with difficult analytic and/or driver doctors is the use of standard presentation skills. Most sales courses teach that you must control the presentation material and use it to present, or lecture, to the doctor. To do this, the typical rep whips out his or her sales aids and lectures the doctor. The rep picks out a graph or table, say his or her drug is better and then ask for a commitment.

This kind of approach frustrates difficult analytic and/or driver doctors. Doctors are power and control freaks. They are no-nonsense, hands-on people. They control the situation with their patients and lecture to them.

The way to get these doctors' attention is to look them in the eye and deliver the message in 60 seconds or less from memory. Hand the doctor a copy of the clinical study or review article and let them have control of it. They will most likely start asking you questions. When they do, they're telling you what they want to talk about â which is what they are interested in.

By understanding not only behavioral styles but also a doctor's mind-set, you can be versatile enough to allow these difficult doctors to be in control. Best of all, you allow doctors to tell you what's important to them, what they need and want. After all, isn't this what the social/behavioral style courses are all about? PR