Lovenox still needs a defense strategy to hold share, but it requires less investment as a specialty product. Instead, Lovenox should throw cash over to Acomplia, the putative future star of the Sanofi-Aventis portfolio.

Put your cash where it's doing the most good. Although that seems like a simple idea, most pharma strategists don't allocate promotional resources effectively—they overinvest in some brands, and underinvest in others. Given that top companies have several hundred drugs each, all with different growth rates and market shares, these are certainly complicated decisions. But executives can better direct their resources, and make smarter investments, by using portfolio analysis.

While Pfizer, Eli Lilly, and Bristol-Myers Squibb use portfolio analysis, it is generally underused in the industry: Less than half of the top 20 firms integrate it into their annual planning process. As such, companies continue to throw money into drugs that are rapacious cash eaters and fail to move the market-share needle.

Since the 1970s, a familiar way of looking at portfolio analysis is through a model developed by the Boston Consulting Group (BCG). The BCG Growth-Share Matrix describes products in terms of two factors: market growth rate and relative market share, defined as a ratio of a firm's sales of a product relative to the sales of its largest competitor. Positions on the matrix typically correspond to a product's cash-flow characteristics (see "BCG Growth-Share Matrix," below).

Believe it or not, the majority of products in any company's portfolio are cash traps or "dogs" (see "Learn the Lingo"). But the product portfolio of any pharma company should be an exercise in the balance of cash flows. Each firm needs high-growth products in which to invest cash, and low-growth products with high market to ensure excess cash flow. Each drug should eventually generate cash and compound the cash invested in it. Otherwise, it is worthless; it is a drain on EBIT (Earnings Before Interest and Taxes) and only becomes of value to the company in being sold off.

Look at Inspra (eplerenone). Pfizer launched this drug in Q4 2003 and continues to pump money into this problem child, despite anemic sales of roughly $40 million in the $2.7 billion heart-failure market dominated by Toprol-XL (metoprolol). Pre-launch hopes were probably high for Inspra. It was supposed to gain market share and become a star, and eventually a cash cow when the market growth slowed. But Inspra is likely to remain a dog, despite any amount of promotion, given its perceived safety issues and a cheaper, more effective spironolactone in the same Pfizer portfolio. Because Pfizer invested heavily in promotion early on with Inspra, the drug's earnings potential and positive cash flow is elusive at best. A portfolio analysis of Pfizer's cardiovascular franchise would suggest redeploying promotional spend on Inspra to up-and-coming stars like Caduet (amlodipine/atorvastatin) or torcetrapib to ensure those drugs reach their sales potential.

Know When to Grow 'Em

Many companies allocate promotional budgets based on sales and market data, but they should instead base their decisions on measurable inputs. The amount of information makes it complex and difficult to compute, but there is now a variety of software models that can assist in carrying out portfolio analysis.

In the GE/McKinsey Business Array model, for example, compounds are displayed against two composite dimensions, "market attractiveness" and the compound's "competitive strength." (See "GE/McKinsey Model") These dimensions are composed of a series of weighted factors: The attractiveness factor can include measures of market size, growth rate, and competitive intensity, while the strength factor can include elements like revenue growth, market share, market growth rate, and relative price.

The GH/Luft model for portfolio analysis goes further by generating a new 3x3 grid. The Y axis measures promotional productivity (ROI metrics like net sales per direct product expense), which is plotted at low, medium, or high. The X axis combines market attractiveness and competitive strength (from phase I of the analysis) with the same low, medium, or high measures. By mapping individual products' promotional productivity against market competitiveness and competitive strength, companies can gauge how sensitive a drug is to promotion.

Most companies don't generate cash-flow reports by brand. But by examining cash flow, promotional ROI, and promotional response, executives can see how a drug performs relative to others in the portfolio, given the company's investment. A few examples follow.

Lovenox (enoxaparin) Sanofi-Aventis' deep-vein thrombosis (DVT) treatment enjoys about a 90 percent market share in its class. A portfolio analysis would show that Lovenox is a cash cow. It has the lion's share of the DVT market, and a relatively low response to promotion. A cash-flow analysis would show Lovenox generates significantly more cash than it uses. What should Sanofi do with all that cash?

With market share at more then twice the closest competitor, Fragmin (dalteparin), and more than four times the second closest, Innohep (tinzaparin), it's not wise to chase after the remaining 10 percent share since the value of each share point lessens as the remaining share diminishes. Lovenox still needs a defense strategy to hold share, but it requires less investment as a specialty product. Lovenox should instead throw cash over to Acomplia (rimonabant), the putative future star of the Sanofi-Aventis portfolio.

Humira Abbott's Humira (adalimumab), for rheumatoid arthritis (launched January 2003), recorded serial growth rates of 100 percent in 2004 and 2005—now that is a star. However, the amount of promotional spend required to gain at least twice the market share of the next competitor is significant, but important: The more product the company produces, the cost of making and marketing the drug decreases, while cash flow increases.

A portfolio analysis for Abbott would show Humira is promotionally sensitive and should be fully funded, while investment in Synthroid (for hypothyroidism) should be reduced as generics emerge in the coming year. The positive cash flow Synthroid continues to produce will fund growth for portfolio stars like OA/RA drugs Humira and Mobic, especially given the safety fears of the COX-2 class.

While conducting a portfolio analysis takes time and effort, its long-term benefits are well worth the upfront investment and should be considered a vital component of a company's annual planning process.

Blair Gibson is the former president of Grey Hair Consulting. He can be reached at bgibson@aims-llc.net 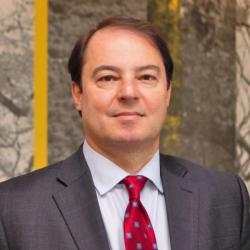 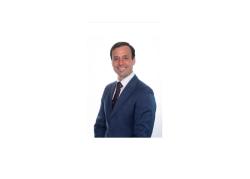