From the Editor: Fine Whines

The newspapers seem shocked to learn that scientific journals occasionally publish things that aren't true. Where have they been?

When the conversation turns to science and scientists, and the tone threatens to get a bit elevated, I try to keep my feet on the ground by remembering the most down-to-earth, human account of science I've ever read: John D. Watson's The Double Helix. It's a quirky tale. On the one hand, it's the story of one of the great scientific discoveries of our time, the structure of DNA. On the other, it's a sort of comedy of errors about how a pair of overconfident, underinformed young men—Watson and his collaborator Francis Crick—could skip the preliminaries, get the chemistry wrong, play a little fast and loose with other people's data, generally blunder around, and still come up with a heartbreakingly elegant insight about the world. It is inspiring, not because it shows human beings transcending their natures, but because it shows what you can accomplish even with a raft of imperfections.

I should send a copy to the New York Times. Judging by the issue on my desk as I write, they could use one.

The story I have in mind announced the startling truth that scientific journals are sometimes wrong. Sometimes they even publish articles based on fraudulent (or completely nonexistent) data. As a result, newspapers, which rely heavily on journal articles for their science news, sometimes publish untruths. And that, according to the Times, has newspaper editors worried.

I'm not disagreeing, mind you. I'm just trying to figure out what planet all those newspaper editors lived on before they came to earth and became journalists. And while we're at it, what they've been doing since they got here—because they obviously haven't been paying much attention. Have they already forgotten Jayson Blair, and the inconveniently missing Iraqi weapons of mass destruction, and cold fusion, and the amazing life-saving properties of oat bran? Or what about the Sokal Hoax, just a few years back, in which an NYU professor submitted deliberate gibberish to a peer-reviewed journal and got it published? Have they never heard the old journalistic truism: Doctors bury their mistakes. Newspapers print theirs.

Yes, dear newspaper editors, people make mistakes. People lie. Scientists make mistakes and occasionally lie. And the people who rely on them will sometimes be drawn into error themselves. It's a sad thing, I suppose.

But it's also a permanent feature of human life. And while I can see why newspaper editors would be upset about the shortcomings of their most important scientific sources, I can't understand their treating it as news. How did they think the world works?

Like everyone else, I have my frustrations with the news media. But this particular story drove me so far off the deep end that it took me a while to recognize the specific emotion it inspired. Finally I had it: It was one of my parental reactions—the kind of irritation you feel at whining children.

And that, of course, is what's wrong with so much of what passes as criticism of science, healthcare, and pharma these days. It isn't criticism at all. It's just whining: We don't want to pay for healthcare! It's not fair to make us doctors responsible for explaining risk to patients. We patients don't want to take drugs with side effects! Why can't we newspapers just publish anything that appears in a medical journal as truth?

Well, you can't tell Congress or the New York Times to go to its room, no matter how much you want to. But just between us, they both deserve it lately. Even my kids have mostly stopped whining. Don't you think the big boys could just grow up? 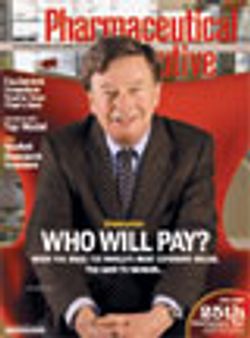 Alternative Media: Masters of Their Domain