Bernhardt Zeiher, Chief Medical Officer of Astellas discusses how the company transitioned from a traditional R&D approach to a platform approach, the need for innovation models to change in pharma, and the impact academia has on drug development.

Bernhardt Zeiher, MD, F.C.C.P., F.A.C.P., Chief Medical Officer of Astellas talks with Pharm Exec about his move from a pulmonologist to working in the pharmaceutical industry, how Astellas is changing its R&D, and partnering biotech with academia.

You began your career as a practicing pulmonologist. Can you describe your move from treating patients to working in industry?

Bernhardt Zeiher: I trained in pulmonary and critical care medicine and saw patients full-time until I joined the industry around 1998. What I enjoyed about practicing is the ability to work with patients and share good news when they improved on treatments. But equally, you do a lot of sharing of bad news, conveying diagnoses of cancer or other conditions that are potentially life threatening. So, it’s an honor in a lot of ways, as well as a tremendous responsibility, because patients give physicians a great amount of trust.

Moving to the pharmaceutical industry, one of the things I missed, and what other physicians miss, is that individual patient care… the personal involvement and helping them on a one-on-one basis.

But moving to industry, on the other hand, you have the opportunity to work on a much broader scale and work on therapies that-if successful and approved-don't just help one patient, but can help hundreds, thousands, or potentially millions of patients worldwide.

I have to admit what I enjoy most is when I hear individual patient stories and individual patient benefits after treatment with one of our therapies. I hear these most from our expanded access or compassionate use programs, where we receive specific patient requests for use of a drug that isn't approved yet. Oftentimes, we'll get an email or follow-up note from people about the benefits that they've received.

Astellas has shifted from a traditional R&D approach to a platform approach. Can you elaborate on that transition and the associated operational considerations?

BZ: Astellas has recently changed how it does research and development. Historically, Astellas mainly worked in transplantation, infectious disease, and urology. The researcher would be looking for a mechanism of action, compound, or therapy that may be effective in one of these disease areas. The problem we were seeing-and I don't think Astellas is unique in this-was that the therapeutic area may no longer be a fruitful area for research because new therapies have already been available. In addition, with some of the new technological advances and innovative modalities that could be applied across multiple disease areas, companies can’t limit themselves. This is why we now follow a platform approach, conducting drug discovery and development from multiple perspectives regardless of therapeutic area.

Then we acquired Universal Cells, Inc. and their proprietary Universal Donor Cell technology, which combined with other technologies, can lead to an off-the-shelf cell therapy or regenerative medicine-type approach, where you don't have to match for human leukocyte antigen (HLA) type. (Cell therapy products that do not require HLA matching potentially overcome a huge treatment challenge by reducing the risk of rejection or need for immunosuppressive therapy).

So, using a platform technology in cell therapy, we’ve started with ophthalmologic diseases, but in the future, we envision that the platform technologies can be applied to many other indications outside the eye.

Can you elaborate on the platform approach from an operational standpoint on how to best achieve that?

BZ: Continuing to use our work in cell therapy as an example, there's a lot of effort required in terms of building the understanding of the technology, the capabilities around it and the manufacturing requirements needed. Unlike the traditional approach, with a platform approach, you aren’t starting with a specific indication or disease you may be treating. It becomes a question of understanding the technology and asking, “Where could we test this best?” You then look at the right indication and the right patient population that would receive the most benefit, in an efficient time frame.

The reason we chose ophthalmology was because the eye is very accessible, as far as observing whether the cells have been delivered. Also, vision can be measured specifically so it’s quantifiable or testable to show benefit. Also, the number of cells needed is much smaller to treat the eye versus the liver or another organ. So, to operationalize a platform approach requires growth and experience in one area – for us, that’s in ophthalmology: understanding the technology and manufacturing, and building on that to move into other indications in the future.

You have spoken on how innovation models in pharma need to change and have noted that around 60% of drugs approved by the FDA in the last five years come from small biotechs/pharma. How does this change the way big pharma changes its innovation models, as well as partnering for the future?

BZ: This has been a trend for a while: that a fairly large proportion of approved products originated in a small biotech company.

What's also changing is that biotechs are increasingly able to take these new molecular entities (NMEs) all the way to approval themselves, which has put pressure on pharma to think about how to bring innovation in-if the biotechs aren’t seeking us as partners earlier in the development of products.

I think it means pharma has to be a little more like a biotech, which often means partnering with academia earlier, as many biotechs are spun-out from academia. One approach is to partner with academia or acquire the innovation that comes out of an academic center, rather than letting it go into a start-up biotech. But this approach requires greater risk-taking, the ability to be more nimble, and take more innovative approaches.

There are still opportunities to partner with biotech, but now it’s more of a question of how to structure it in a way that is complementary and attractive to both sides. For example, providing the scale to go outside the United States where it would be harder for the biotech to make its product available to patients worldwide, is one way. We have to be more flexible as well, in terms of how we partner with biotechs in the future.

Academia probably used to be as insular and siloed as pharma. What changes have you seen from universities and industry that are positively impacting drug development?

BZ: The biggest change at academic institutions is in drug development. Previously, a lot of the work was focused on the science, understanding mechanisms of action, pathophysiology and so forth, without as much thought around how to apply that knowledge.

Increasingly however, the scientists and researchers at academic institutions are now thinking about the drug development part and playing an increasing role as developers, asking, “Could we develop a drug for this?” This could lead to the biotech spin-off situation I described, as well as some academic institutions doing the drug development themselves. We have a long-standing relationship with MD Anderson Cancer Center; one partnership with them is related to a novel technology, a target for acute myeloid leukemia, which they developed an antibody for. They did the pre-clinical work and they're also running the initial Phase I studies in collaboration and partnership, with some funding, from us. But again, the academic institution did almost all of the work, which is very different than in the past where, if they had an idea, they would need someone else to develop the drug and conduct the clinical studies. There is an increasing capability at academic centers to take ideas and concepts further into clinical development, which, in the long run, is positive and will lead to innovations getting tested and hopefully benefiting patients more quickly.

How does increased partnering with biotech, academia and maybe other organizations impact pharma companies? Is it hard to keep all of those relationships structurally sound? How can that best be accomplished?

BZ: Just like any human relationship, it requires work. A lot of it starts with being transparent and aligning on the objectives that you want to achieve with the innovation from the start-for example, its target profile, next phase priorities and key decision criteria. In some cases, making the divisions of labor and who's going to do what work, and ensuring that neither party is duplicating functions, as well as taking advantage of the skills and capabilities of each of the partners, is key.

When you look at large pharmaceutical company organizations and how they are organized, it’s usually the team leaders that organize their team, align on how they're advancing projects, navigate internal governance, ensure they're getting approvals and funding, and so forth. But that takes on another layer of complexity when you have a partner because then you have each company's governance and funding to take into consideration and navigate.

Often you need your best and most talented leaders in the partnership, and it is critical the individuals have the skills and ability to truly partner and work together as one team, with a shared vision. Collaborating is hard, but going it alone is harder – particularly if you hope to make a scientific innovation available globally.

Lisa Henderson is Editor-in-Chief of Applied Clinical Trials. She can be reached at lhenderson@mmhgroup.com. Follow Lisa on Twitter: @trialsonline 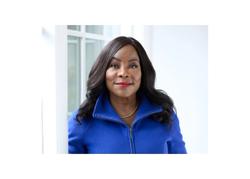 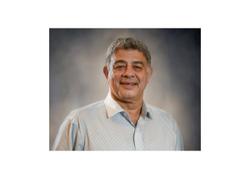