Patient protection and social influence among trends to look out for as calendar turns.

Pharmaceutical companies will continue to shift their marketing efforts—and dollars—from healthcare providers to patients. The regulatory structure now in place seeks to protect patients by regulating interactions between drug manufacturers and physicians. As those regulations become more restrictive, manufacturers are increasingly seeking out ways to bypass physicians and connect directly with patients.

Social media influencers will continue to become a more significant element of pharmaceutical marketing campaigns. In 2020, the small biotech company Biohaven made Khloe Kardashian a paid spokesperson for its migraine medication, Nurtec ODT. In addition to making appearances on television shows like The View, Kardashian promoted the drug on her social media channels with more than 100 million followers. Weeks later, AbbVie announced Serena Williams as a spokesperson for its competing migraine drug. Williams, too, posted sponsored content on her Instagram.

Increasingly, countries are beginning to borrow ideas on transparency regulation from each other. Many countries outside the US have more aggressive reporting criteria on spend transparency, and we can expect some of those requirements to make their way into U.S. law. Senators Chuck Grassley (R-IA) and Ron Wyden (D-OR), for instance, have recommended that pharmaceutical companies be required to report payments made to tax-exempt patient advocacy groups. Likewise, it would not be surprising if the US adopted French rules that require reporting on payments to social media influencers.

The unintended consequences of price transparency laws should begin to show themselves in 2022. Price transparency regulations in at least 7 states require pharmaceutical companies to reveal information about their marketing activities. That is just one piece of information that pharmaceutical companies have been reluctant to report publicly, for fear of handing valuable business intelligence to their competitors. In 2022, we should begin to see whether that provision or others begin to have any unintended consequences on market behavior. 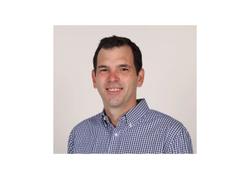