Dutch pharma releases the same drug as a brand and a generic. Will this two-pronged attack work?

Dutch specialty pharma Eurand was initially formed years ago as a leverage biopharma offshoot from Wyeth. The company now has its own pancreatic enzyme on the market—Zenpep (pancrelipase) was approved by FDA last August for treatment of exocrine pancreatic insufficiency (EPI). Patients with EPI, which can be caused by genetic disorders like cystic fibrosis (CF) or be symptomatic of conditions like alcoholism, do not produce the enzymes necessary to digest food and therefore need supplements like Zenpep.

The company has also taken the unique step of releasing an authorized generic along with the branded drug. Eurand Executive Vice President of Sales and Marketing Michael Walters talked with Pharm Exec about the thought process behind this novel strategy.

Pharm Exec: Was your first mode of attack to educate the physicians and the specialists about this drug?

Michael Walters: Awareness was certainly higher for cystic fibrosis; but it was very low within the gastrointestinal (GI) market segment. The GI market segment is built of gastroenterologists and primary care physicians. Those are the physicians treating EPI due to other conditions.

We made conscious decisions to deploy two dedicated sales forces to physicians: One into cystic fibrosis, and one into the general GI market. There were already people within Eurand with both expertise in the cystic fibrosis area. So for the launch of Zenpep, we expanded that number from about six to 16 field reps.

With these two segments, it's essentially launching different products, because the ways in which physicians use these drugs—and the ways they perceive the drugs—are very different in cystic fibrosis versus GI.

If you look at the GI market segment, for example, what we saw were two discrete "buckets" of business. One was a group of prescribers who were clearly promotion-sensitive. The others were more price-sensitive—these were the doctors who prescribed less often.

Now, if you looked at the number of doctors you'd have to touch, we were seeing about 33,000 as the market. So one of the things we asked as we looked at this segment was, "How do we begin to develop specific tactics and tools that will support the sales representatives in this more promotion-sensitive element? And how do we do the same through non-personal promotion in this more price-sensitive area?"

PE: And what was the answer?

MW: When Zenpep was approved, one of the tactics we used was to come out with an authorized generic—but only for the low-dosage strength. An authorized generic is not new, but it tends to be an end-of–life cycle tool. As we launched Zenpep, we saw we had a product that had very high share among lower decile doctors and, with these doctors, very high usage with our low-dosage strength. So with this strategy, physicians could essentially move from one low-price product to another, and we could rely on some of the same non-personal drivers to flip this business.

Generics are positioned differently in the marketplace with respect to copays; therefore, you really can provide a solution to patients by providing a low-cost product with a low copay burden, and cause little disruption as you move your old business to your new FDA-approved product. But again, we did that for one strength only.

PE: Was there any worry about the other strengths?

MW: No. One of the things that came out of research is that patients are very focused on pill burden. And the doctors who are more promotion-sensitive tended to write the higher dosage strengths. So we weren't concerned about cannibalizing the high strengths with the lower strength.

PE: Eurand won't have a direct-to-patient campaign, but will you jump into the online fray?

MW: If we look at cystic fibrosis, there really are great reasons to took to an online vehicle. One of the big concerns with cystic fibrosis is cross-infection. Patients with cystic fibrosis, unfortunately, become chronically infected with pseudomonas, which causes a loss of lung function over time and is linked to probably 80 percent or more of the mortality in CF. Hence, the centers don't want CF patients interacting in the same room, and so we do see that there is a very vibrant online community within CF.

If you look at different online vehicles, Twitter and Facebook are great for getting information out; but if you contrast them to blogs, which we see more in the CF world, that's a more dynamic environment. So in CF we see the blogs as an area where there is a lot of patient activity and a lot of family activity, compared to Twitter, Facebook, etc. What we want to do is build awareness of our brand and, more importantly, knowledge of the product. So we need to position our messages near those blogs.

Of course, having said that, in the GI segment you also have some patients with EPI due to alcoholism; online isn't a good way to interact with that group of patients.

PE: When you talk about messages, do you mean display ads? Is this something you've rolled out yet?

PE: Are there any ideas of partnering with them to make something like a "patients like me" CF channel?

MW: Yes. Rather than trying to invent something, we want to rely on something that the CF community is already using, and that's why we've gone the route we have. Previously, a lot of the supplemental enzymes would be broken down before they ever reached the site they needed to in the small intestine.

PE: How does this drug differentiate itself from the competition?

MW: Unfortunately, a lot of the previous supplemental enzymes were broken down in the acidic environment of the stomach before they ever reached the site they needed to treat in the small intestine. Hence the advent of enteric-coated enzymes. Zenpep, importantly, is not just an enteric-coated enzyme. Pancreatic enzyme products today contain three key enzymes: amylase to dissolve sugars and starches; protease to break down proteins; and, importantly, lipases to break down the fats.

What happens is lipases are unstable in the stomach. They're unstable in an environment where there's a very low pH, which is very acidic. So before there were enteric-coated enzymes, people would have to take large quantities of enzymes but, Zenpep is an enzyme that was developed to meet an FDA guidance issued in 2004 to ensure conformity to the official product label. Why is that guidance important? It's about the manufacturing of enzymes. Because enzymes are inherently unstable, and manufacturers would overfill to deliver the label amount of lipase. Under the USP Guidelines the overfill was something like 165 percent of label claim. So a product that claimed 10,000 units of lipase could have 165 percent of that amount, if the product was new. On the flip side, if it was an old product, it could have as little as 90 percent of the label requirement: in the example I just gave you, a 10,000 label, 9,000 units.

Thus, FDA guidance stated that for a product to remain on the market, manufacturers had to submit NDAs and develop products that were sufficiently stable to have zero overfill. That is to say, the product had what was on the label. 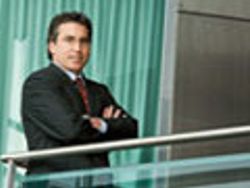 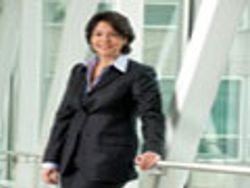