Why do patients drop drug therapy after 12 months?

There are no awards for awareness of the medications adherence problem. On average, fully half of all patients abandon their therapy 12 months after the start of treatment. How deeply ingrained is that sobering statistic within the halls of Big Pharma? It's laid out as an accepted truth quarter after quarter, year after year.

So why are we still just passively reporting this drastic statistic? Can't the industry move forcefully to boost adherence rates, recognizing that better uptake will tow more revenue toward a superior bottom-line performance? And why are patients not driven to change their behavior by repeated attempts to rectify the situation?

All thos questions lead to one answer: We are missing the mark.

The classic approach of pharmaceutical marketing is to throw money at the problem. If that doesn't fix it, then throw a bit more cash and say, "At least we tried." The easy conclusion is that, in the end, poor adherence is a matter of human frailty, and thus unfixable.

As a cognitive psychologist, let me share a quick tip on problem-solving. Problems remain unsolved for only two reasons: Either the problem has not been properly defined, or the solution is being sought within a confined set of parameters—when in reality that solution lies outside the presumed limits.

Failure to solve the adherence epidemic is no different. Typical "solutions" (I use this term loosely, because if they were real solutions, the problem would no longer exist) have failed for these same two reasons.

For one, the problem has been defined as a total population issue, when there are in fact well-defined patient groups who exhibit poor adherence. I'm not referring to attitudinal segments, but rather behavior-based cohorts, regardless of their attitudinal style. A global strategy will not move the needle—and if it did, the impact in the non-adherent section of our market would be so diluted by the adhering section that the measured result would be unimpressive.

Secondly, strategies for intervention are based on meaningless criteria—typically, the number of comorbid conditions, attitudinal segmentations, cost, side effects, and other non-indicative factors. The list is almost endless.

But before we focus on effective strategies for solving the adherence problem, we need to focus on defining the problem's scope.

Where is the Problem?

A key part of defining the problem is the way we look at the data when assessing adherence rates. Who are the patients that fill their scrips and later default, or don't even fill their first prescription? Take, for example, those familiar curves that plot the percentage of patients filling scrips month-by-month. We see the usual cliff at month two to three, and then a steady decline throughout the rest of the year, tapering off at about 50 percent by year's end.

But that 50 percent rate isn't necessarily the problem; using these estimates as a definition is the problem. We are looking at the total patient population rather than important cohorts; furthermore, the definition of non-adherence in that context is any missed, or late, prescription. That is, one small misdemeanor— say a two-week delay in filling one prescription across the entire year—can qualify a patient as non-adherent. Those are pretty stringent criteria.

How many patients can be expected to achieve this level of adherence? We already know the answer: 50 percent. That's the 50 percent who are still within the curve at one year.

Shouldn't the question really be: "How are the other patients performing?" Data published in the Journal of Clinical Oncology (JCO) in 2008 addressed this issue of cohorts of poor adherers. Even in the case of a life-threatening disease such as breast cancer, that 50 percent estimate at month 12 still shows up—until the question is flipped around. If we agree we are not particularly interested in the percentage of patients with near-perfect prescription filling (i.e., all but a two-week delay), but in the poor adherers, we need to ask: "What are they up to?" A commonly accepted standard of good adherence for oral medications is 80 percent pill consumption. Now the question becomes, "What percentage of my patients fall below this bar during the first 12 months of treatment?" That is a much more interesting and relevant question.

When breast cancer patients are categorized according to this definition, the new group of non-adherers or poor-adherers is only the 22 percent of patients who fall short of this goal. Now the question changes again: "How much below?" Is it just a little—in the 70s, perhaps—or is the picture worse than that? The 2008 analysis in the JCO went on to report that the average pill consumption within this poor-adherent segment across the first year was actually 43 percent.

That is the real problem: 22 percent of the market is sub-optimally adherent in that they consume, on average, 43 percent of their medication within the first year, and do not continue in the second.

What's that 22 percent worth to the brand? Is it worth going after such a small segment at all? That depends on a few factors: the incremental revenue this small segment could generate if they were adherent; the ability to efficiently isolate this segment of patients; and the ability to improve their adherence rate.

We can estimate the missed opportunity using this refined definition of non-adherence. The incidence of new cases of early stage breast cancer in the US is approximately 120,000. More than half of those patients (approximately 72,000) are treated with hormone therapy. According to the JCO article, 22 percent of those patients are poor adherers; that's 15,840 patients—a pretty small cohort, relative to most therapeutic classes. Nonetheless, the revenue associated with the incremental gain from their baseline of 43 percent consumption to the lofty goal of 80 percent (which would indicate 133 additional days of therapy) is high, considering the cost of treatment. Hormonal therapy costs run approximately $300 a month these days. With an additional opportunity of 133 days per patient, that's another $1,330 per patient. That, across a cohort of 15,840 patients, puts the total value at more than $21 million.

Even with a very precise, possibly limiting, definition of the problem, the opportunity for improving adherence remains extremely high. Put in the numbers for a broader market—say, statins—and the volume goes well above double-digit ROI for a $5 million spend, while achieving just half of the opportunity.

Is it any wonder, then, that adherence curves look the same month after month, year after year? So 50 percent of patients have near-perfect adherence, as defined by not a single minor misdemeanor over the year. Are these the people we should be following? Should we expect this near-perfect group to be growing? And why haven't we been looking at those who are actually underperforming? What is happening with them? Are they improving with the continued efforts to change their behavior? As long as the problem remains ill-defined, we simply don't know.

A precise definition of the problem is the first step in tackling the adherence challenge. Define it as it needs to be defined; focus on the segment that is under-performing and who provide the opportunity for investment and double-digit ROI. What you actually do with them to address this non-adherent behavior is another kettle of fish.

In the next installment: We've defined the problem, now what is the solution?

Andrea LaFountain is CEO of Mind Field Solutions. She can be reached at andrea.lafountain@mind-field-solutions.com 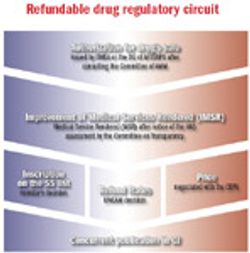 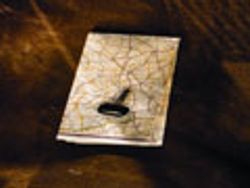