No longer just hype, investing in big data is the path to the future for pharma, even if big returns aren't a direct result.

sentences, it would work. Big Data started out in pharma overhyped a few years ago, and according to many IT experts, hasn’t yet reached its potential. But it will.

Let’s talk about the hype. In a recent discussion I had with technology and clinical trials experts, we struggled over using the term “Big Data.” Basically, we agreed that everyone hates the term because of the hype factor, but used it because people understand the term as it is referenced in journals and the like.

In this issue, our European Editor Julian Upton looks at big data and pharma’s response to see if the industry is poised to get past the hype and take advantage of its promise.

“I think it takes hype to get enough movement, to get pragmatism into the process,” Steve Rosenberg, Oracle’s SVP and general manager of its Health Science Global Business Unit, told Upton. “There’s not as much data as there is, for example, in banking applications. We are not talking about an unmanageable amount of data; it’s just a question of what it’s going to be used for. There’ll be pockets of success along the way. Two to three years from now you’ll see a pretty large proliferation of data, but until then the success will remain in certain therapeutics areas.”

Further, Upton interviews Berg Analytics Co-founder and Chief Analytics Officer Slava Akmaev, who says, there has been “a lot of resolve in the last two years on the big pharma side to invest in big data analytics, it is difficult to see how quickly companies just starting to move into the space will be able to show that their artificial intelligence (AI) or big data platforms can deliver products to the market.”

Getting to the money shot

Before we get to AI, however, let’s discuss what has to happen to data in the next two to three years. In the technology panel referred to above, and included in this article, David Evans, Managing Director, Accenture, LLP, said that getting to AI/Cognitive Computing is not an easy thing. He explained: “In machine learning, it has to have a gold standard of large volume and high quality endpoints to learn or determine decisions. You still have to build the big database using high-quality data in order for the machine to interpret what the unknown is so that it can learn.” This is how Big Data relates to AI. Without large volumes of high-quality data in a consistent format (achieved through standards), the pattern recognition, decision support, signal detection, etc., is not achievable.

Evans believes that data can also come from the Connected Computing sector-defined as all the Internet of things (IoT), wearables, connections, smartphones, sensors, etc., that offer real-time data everywhere. “As the connected universe expands, you will have large volumes of high quality data to go to Big Data, to inform analytics,” Evans said. “But currently, we have a

lot of data, but not the quality.”

As Rosenberg noted, there will be successes along the way, in certain therapeutic areas. And for that we can look directly to next-generation sequencing (NGS) data that characterize tumors and immune systems in the area of immuno-oncology. In this issue, Brandi Davis-Dusenbery, Senior Vice President of Science & Product for Seven Bridges Genomics, discusses the challenges biopharmaceutical executives have to de-silo information to take advantage of full potential of these NGS data sets, which can be useful in multiple settings and be used more in analytic decision-making.

While we learn to accept that Big Data is not hype, that pharmaceutical companies are starting on the path to high quality, shareable data that gets them to AI and better decisions, executives too will have to look at the costs. Investing in Big Data is the path to the future. Maybe the path doesn’t lead directly to Big Money, but it will lead to big changes in how drugs are developed and delivered.

Lisa Henderson is Editor-in-Chief of Pharm Exec. She can be reached at lisa.henderson@ubm.com. FollowLisa on Twitter: @trialsonline 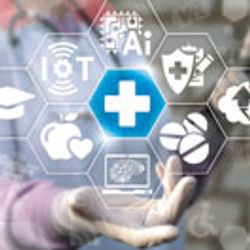 Big Data: Is It Crunch Time for Pharma? 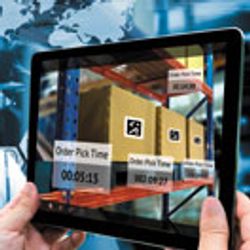 Biotech Roundtable: The Quest for Translation