As a drug company promoting a drug free Olympiad, GSK wins our gold hands down for finally putting the industry's best face forward on the last frontier of advertising-the TV sets of Europe.

It's an unusual sight in the United Kingdom—a television commercial for a Big Pharma company. But among the cultural and commercial innovations being attributed to the London Olympic Games is GSK's first UK consumer-facing corporate brand campaign, showcasing its anti-doping operations. The television ad debuted on July 16; and the company's campaign went "outdoors" in late July with hoardings and posters appearing around the country.

As the first private company to be responsible for overseeing Olympic drug testing (it will test up to 50% of all competing athletes for more than 240 prohibited substances), the UK drugmaker has opted for a distinctive ad that rises above a lot of the other Games-oriented TV fare. Taking a virtual tour through British athlete Marlon Devonish as he limbers up for an event, the film intersperses CGI "medical imaging" with potent visual metaphors and assorted pyrotechnics to convey the stimulating effect an Olympic-level dose of natural adrenaline has on the body. But surely the commercial's masterstroke is in juxtaposing medical imaging elements—and, not least, the GSK logo—with the emotive catch-line, "The crowd is my only drug."

The TV campaign is of course governed by European rules on DTC advertising, but the idea of a Big Pharma company eschewing its traditional wares to promote a "pure," "drug free" Games is a neat one. And it looks to be providing a welcome if gentle (and likely temporary) boost to GSK's reputation in the United Kingdom following some of its more recent negative exposure, not least its $3 billion run-in with the US government following the off-label marketing of Paxil and Wellbutrin, and other offenses. 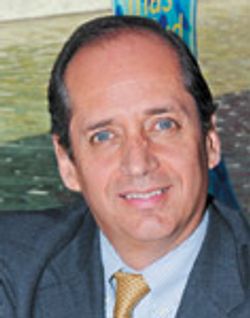 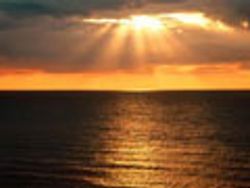