Diagnostics can bost the efficacy of drug treatments, but delivering the promise depends on a predictible pathway to reimbursement.

The struggle to make cancer a curable condition depends not only on good science, but customized treatments that address the range of genetic aberrations responsible for uncontrolled cell growth. In fact, if the concept of "personalized medicine" is to apply anywhere, it must first start with the practice of oncology. Realizing this promise has its challenges, the most important of which is incorporating the latest diagnostics tools in the continuum of patient care, at a cost that is appropriate for the innovator and acceptable to payers, patients, and society at large.

Specifically, what we are confronting is a new "access hurdle" that comes right after the long process of market authorization is completed. It's best posed as a question: How can you build an effective, responsive price and reimbursement standard to establish that there is sufficient incentive for industry to develop the diagnostic tests that ensure the right patients will benefit from the best drug for their condition?

By and large, reimbursement of diagnostics is an opaque and passive process, in contrast to its pharmaceutical counterpart, where there is a relatively transparent pathway to a price agreement. The lack of such an approach for diagnostics leads to a lengthy process by which diagnostic and pharmaceutical companies are obliged to determine if a structure exists for reimbursement via a code-based system or coverage through hospitals or labs. In the latter case, there can be a high degree of budget variance across institutions. Hospitals and labs with insufficient funding are compelled to make tradeoffs on the number of patients that can be diagnosed appropriately. Rules also differ on stakeholder engagement in soliciting for diagnostic reimbursement. In some cases, the pharmaceutical industry is prohibited from involvement.

Ultimately, the lack of clarity and systemic gaps lead to a lag in access, which has an impact on all key stakeholders. Patients receive suboptimal diagnoses and treatments given that physicians (oncologists, pathologists, etc.) lack metrics to showcase the best clinical option. Payers are using resources inefficiently as funds may be spent on treatments with lower response rates. One of the key criticisms of the oncology profession from payers is the "whatever sticks to the wall" ethos in determining the course of treatment, which, given the high cost of most cancer drugs, is simply an admission that there is waste in the system. Why not acknowledge that innovators of both the drug and diagnostic are not provided the appropriate incentives that should come with investment in the development of effective, targeted therapies?

There is the option to rely on subsidization of diagnostics development costs by pharmaceutical companies to address the funding gap. However, this is not a solution for the long-term because there are inherent complications to relying on one stakeholder to shoulder the weight.

First, there are legal issues in many countries outside the US, where drug-maker subsidization is considered to be a "promotional activity." Second, other key stakeholders needed to make the system work effectively—such as pathologists and laboratory technicians—have differing preferences as to the type of platform used to identify a genetic marker. Third is the issue of fairness or equity. Within oncology, some diagnostics used to test for genetic markers are covered, while others are not. There is no clear rationale—and certainly no standard—to address this discrepancy. In addition, diagnostics in other therapy areas including CVD, diabetes, and HIV are commonly covered, so why not do the same in the cancer space? Fourth, there may be multiple relevant treatment options—adhered to by different pharmaceutical companies—for the disease identified; how can these be reconciled where there are competitive circumstances at play? Fifth, expecting drug companies to do all the heavy lifting in subsidizing diagnostics serves as a disincentive for them to invest more in the targeted therapy itself. This is particularly true now that science has advanced to the point where new diagnostic tools are coming on stream that may not be under the control of a sole diagnostic proprietor.

This last point is very important—and is best illustrated by the introduction of the multiplex ligation-dependent probe amplification (MLPA) technique, more commonly known as multiplex. Multiplex allows multiple genetic markets to be tested simultaneously. While this process may facilitate more efficient identification of genetic aberrations, it further clouds the reimbursement picture. Multiple probes—very possibly owned by different diagnostic companies—will be used for a single test. Without a third-party mechanism or other clear funding apparatus in place, the reimbursement process becomes very convoluted for the end users and budget holders.

So the need for action is clear. As diagnostics reach a critical mass in oncology there is opportunity to work in partnership with payers and other stakeholders to develop systems to expedite what is the bottom line for clinicians and patients: better access and reimbursement. There are many good reasons for doing so. It is up to the industry to articulate them, particularly now that regulators such as the FDA and European Medicines Agency (EMA) are beginning to engage in areas that directly impact market access issues around diagnostics.

Below are four suggested messages that can serve as the starting point for any structured dialogue focused on a solution to the reimbursement challenge:

Diagnostics incentives support common goals among payers and industry. The current economic state leaves budget holders unsympathetic to the simple assertion that pharmaceutical companies should not pay for diagnostics; therefore, it is in industry's best interest to advance metrics that demonstrate the efficiency, cost, and outcomes benefits of targeted agents. Put bluntly, diagnostic agents are more effective and safer than chemotherapies, resulting in more efficient use of resources. In addition, there is a reduction in uncertainty that a patient will benefit from the treatment as demonstrated by higher response rates. And finally, these therapies improve patients' quality of life.

Reimbursement for diagnostics is not a cost driver, but self-sustainable to the health system. Government initiatives to implement a systematic process to test cancer patients for genetic markers are taking hold, on grounds that this will improve health outcomes by focusing care on interventions most likely to work in individual patients. For example, through the National Cancer Institute (NCI), France has initiated a program to test for current and emerging biomarkers in lung cancer, colorectal cancer, and melanoma. The UK's Stratified Medicines Innovation Platform aims to improve the environment for personalized medicines. Both programs were initiated based on a commitment under National Cancer Plans. Nevertheless, a key point is currently lacking in these plans: a formal, transparent diagnostic reimbursement process. If that exists, governments will be able to benchmark testing against the potential savings from superior response to treatment.

Targeted therapies facilitate more rapid adoption of clinical care and effectiveness guidelines. A key objective of all national health reform strategies is improving the pace at which professionally endorsed clinical practice guidelines are taken up and applied in actual practice. In the US, that often takes up to two decades. An effective, integrated reimbursement standard for diagnostics will ensure that clinicians know which guidelines to apply, and under what conditions. Presumably, this should again feed back to better outcomes—the ultimate objective of all guidelines, whatever the condition. A predictable diagnostics standard will in turn prompt more countries to draft guidelines that relate specifically to cancer. At present, only the US—through the National Comprehensive Cancer Network (NCCN)—has strong guidelines in place; even though cancer is firmly established as a global disease, there are fewer ground rules for the application of diagnostics internationally. Guidelines are also vital as a building block around methodologies for the cost-effectiveness studies now required by many countries as a condition for access. It is particularly important that because of their unique applications, diagnostics not be subjected to a "one size fits all' rule in application of these methodologies.

Reimbursement for diagnostics will enhance the role of neglected stakeholders in improving cancer care. For example, our industry has an unfamiliar advocate in the work done by the pathologist. Targeted therapies reliant on genetic testing have transformed the role of the pathologist to a key decision-maker in the treatment of cancer patients. In that regard, the industry has an advocate for not only facilitating testing, but also for reimbursement as they best understand the need for a process that increases the odds that patients will get tested for key genetic markers. Nurses and physician assistants also have a strong interest in improving access to diagnostics, as their intervention at this stage of the treatment continuum can reduce time and decision pressures on the withering ranks of specialists. Leveraging these groups' support is a crucial first step in improving conditions for reimbursement.

To conclude, what we hear is near universal support for the credo that personalized medicine is the wave of the future around enlightened patient care. Finding an effective pathway for the reimbursement of diagnostics—to end the uncertainty industry faces in providing good diagnostic tools to clinicians—is central to realizing that promise. Pfizer is committed to working with the patient, physician and payer communities as well as the diagnostic industry to carry this vision forward.

Don Creighton is Director, Oncology Market Access, at Pfizer. He can be reached at don.creighton@pfizer.com 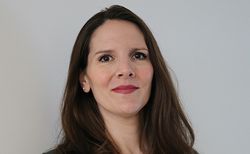 MSL Teams Need to Digitize, or Face Being Left Behind

How MSLs Can Enrich Scientific Exchange with Customer Insight