AmerisourceBergen, big Pharma’s top distribution partner, looks to build on its US success in healthcare delivery to create a global service mix focused on knowledge transfer, scale and reach, and partnered innovation.

While globalization as a business strategy has been embraced by big Pharma for the past decade, its network of providers, payers, distributors, and service vendors has been slow to follow suit. But a subtle but unmistakable shift is now underway among these low-profile drivers of the industry's supply chain, best summarized in the catch phrase: "follow the customer." One strong example of the trend is the $100 billion sourcing and distribution behemoth AmerisourceBergen (ABC), which is building on its success in the US market to expand internationally through a series of strategic ties with foreign enterprise partners.

Put short, ABC's management has concluded that keeping its commitment to "lead the market" through a three-tier commitment to knowledge, reach, and partnered innovation depends on viewing future opportunities as boundaryless. In a breezily informal talk to more than 400 ABC drug industry customers last autumn, CEO Steve Collis summarized it this way: "our goal is to be more global-to go where you go, and hopefully to get there first."

By itself, the commitment is not a major stretch, given that ABC already has a marketing presence in 52 countries. What's missing is binding its vast US expertise in all elements of healthcare delivery-from bread and butter distribution of generics (where ABC is already tops worldwide) to tailored specialty drug services and sophisticated data-based patient adherence programs-into a coherent global service mix founded on a reliable, consistent guarantee of quality. It's also founded on an awareness that ABC's most touted value proposition-the "power of reach"-will fall short if the claim fails to resonate in those geographic segments where pharmaceutical market growth will be highest in the coming decade, such as the emerging countries of Asia, Africa, Latin America, and the Middle East.

The point person for global engagement is Peyton Howell, a 16-year veteran of the company who was appointed to the post of president, global sourcing and manufacturer relations, two years ago last month. In an anniversary exchange with Pharm Exec, Howell described her assignment this way: "The intent is to seed and replicate our culture as a learning organization, where we can match our portfolio of innovations in capabilities and services to the needs of our customers. We will do that in both directions-domestic to international and reverse. Internationally, we intend to build on the success of our domestic operations through strategic partnerships with firms that have strong functional expertise as well as an entrenched position in our target local markets."

To do that, Howell has literally dispatched herself abroad, to Bern, Switzerland, where she heads a new unit, AmerisourceBergen Global Manufacturer Services GmbH, that will coordinate the globalization strategy as well as manage sourcing activities around the company's most important drug distribution partnership, with Walgreens/Alliance Boots, whose operations headquarters is also located in Bern. Success of this alliance is pivotal to ABC's future-CEO Collis calls it a "game changer" that doubled the scale of its drug operations in the past year-and both parties acknowledge that collaboration skills are the most important element going forward. "Centering the knowledge links in Bern is going to help us achieve that," Howell said.

Three bites at a bigger apple

ABC has already completed three acquisitions to expand its footprint in key ex-US markets. Last June, it purchased a $100 million minority stake in Profarma, one of Brazil's top nationally diversified drug distributors, with extensive reach not only in the generics segment but specialty and retail as well. The deal will give ABC access to a large supply and service base, while Profarma benefits from ABC's expertise in manufacturing and supply technologies that can be applied to grow the local specialty business, whose potential is high as the country's middle-class expands to demand better quality medicines.

Says Howell, "We took our time to find the right partner in Profarma. The culture fit is good in that the company operations are highly transparent, Profarma being one of the few potential assets in Brazil that is publicly held. That was an important partnering criterion for us." Executing the transaction is founded on a simple goal: to lead the local market, particularly in specialty drug distribution and services. "Response from local manufacturers has been strong; many are excited about the technology efficiencies and patient-oriented services like improved adherence that ABC brings to the table, based on our record in the US."

In March 2014, ABC built out its consulting business, led by its strategic services vendor subsidiary, Xcenda, by purchasing a boutique German firm, Herescon GmbH, which specializes in commercialization, market access, and HTA services for big Pharma clients. Herescon is merging with Xcenda and will continue to focus on the European region, adding to the base of mature market best practices that Xcenda can eventually market to clients in emerging countries. "The acquisition recognizes that our customers want more than logistical support, by extending our reach into all aspects of product life cycle management, from early stage development to loss of exclusivity and beyond," Howell tells Pharm Exec. "Understanding how pharmaceuticals contribute to better health outcomes is a major unmet need in all international markets-we intend to fill that gap through targeted acquisitions like Herescon."

The third deal, of a leading clinical trial and drug logistics vendor, World Courier Group, was initiated nearly three years ago, in March 2012. Today, it is station central in the global expansion train, helping to expand ABC's capabilities outside the US in specialty drug trial management, investigational drug storage and other drug development oriented services. The acquisition has seeded some novel best practices in markets like Australia, where ABC formerly had no presence. Going forward, World Courier will act as sponsor of ABC's "3PL" (third-party logistics) activities. "It gives us added leverage to take us beyond status as a simple wholesaler in these important Pacific Rim markets," said Howell.

With support from ABC's US HQ as well as a small-but growing-staff based in Bern, Howell lists four objectives she intends to secure for the business in 2015. These are:

» Ensuring a smooth set up of the global sourcing and contracting operation in Bern, with metrics that include continued expansion of the generics business; establishing a bigger suite of specialty services, including strategies to access useful information that promotes better health outcomes; and developing a culture that can incubate an idea in one country and transfer that experience and insight to others-"global ideas, applied locally."

» Executing seamless sourcing capabilities around the Walgreens Alliance/Boots partnership, with an emphasis on boosting operational efficiencies that add customer value and/or lower costs.

» Consider other "thoughtful' acquisitions that reinforce the culture and make sense, for the long term.

Howell cites as a strong example of best practice exchange the work that its Canadian-based specialty product patient support unit, Innomar Strategies, is doing to raise adherence to therapy. Innomar has created a new business model by applying the rich store of data it compiles through its patient support program to dig down and help clients address the root causes of non-compliance.

In one particular case, involving an injectable biologic, it found that the biggest lapses occurred among patients who were forced to get their injections in a clinic rather than at home. Armed with this evidence, Innomar was able to convince its client to invest and promote at-home injections using a professional nursing service. The numbers told the story: after six months, compliance rates for injections increased by more than 70% and the company was able to demonstrate to payers that this differentiated service had persuaded the majority of patients to agree the company's drug was "most convenient to access," against the competition. The increased market share more than compensated for the additional investments in at-home nursing support.

From a strategic standpoint, adopting this patient assistance "best practice" allowed ABC to carve out a distinctive leadership niche in the specialty drug segment in Canada, despite the fact that rival McKesson holds the lion's share of distribution business in that country. Seeding the concept elsewhere, through a targeted small acquisition with deep local roots, like Innomar, is viewed as a good way to grow ABC's share of business in other foreign markets where it is not the leading distributor.

Finally, Howell emphasizes that the embrace of global will work because it has been equally and collectively embraced by ABC's top management. Tangible evidence of that is seen in the decision of CEO Collis and others to raise ABC's profile as an active interlocutor on policy issues. She points to her involvement in government trade advisory delegations as well as the company's active role in global industry associations like the International Federation of Pharmaceutical Wholesalers (IFPW), including a recent visit by Collis and six other members of senior management to China on a fact-finding tour to highlight areas where policy could be improved to speed access of Chinese patients to the medicines ABC distributes. "It shows our leaders are really taking the time to understand the issues that motivate our customers and patients in the field."

Many point to this change in attitude as the emergence of a powerful new stakeholder willing to back big Pharma where it counts-in the policy arena. "Medicines deliver value-we are in a position to back that up with evidence, because we live it every day," Howell concludes.

William Looney is Pharmaceutical Executive's Editor-in-Chief. He can be reached at wlooney@advanstar.com. 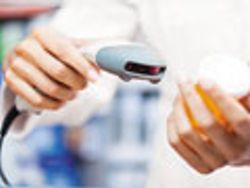 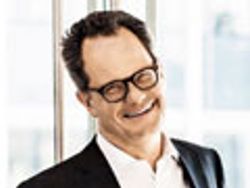 Beyond the Blame Game: How Pharma is Learning to Collaborate 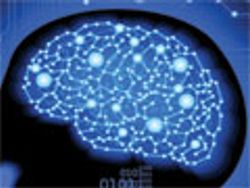