The September 11 attacks on the United States caused pharma shares to fall along with others, but as investors switched to safe stocks, considered less susceptible to cyclical consumer trends, they rebounded. On September 12, broker WestLB Panmure raised its recommendation of the pharma sector from "neutral" to "outperform," favoring Sanofi-Synthelabo, Novo-Nordisk, Shire Pharmaceuticals, and GSK.

The September 11 attacks on the United States caused pharma shares to fall along with others, but as investors switched to safe stocks, considered less susceptible to cyclical consumer trends, they rebounded. On September 12, broker WestLB Panmure raised its recommendation of the pharma sector from "neutral" to "outperform," favoring Sanofi-Synthelabo, Novo-Nordisk, Shire Pharmaceuticals, and GSK.

Coombe emphasized that the company's postmerger integration went well and increased its estimate of cost savings from Â£1.6 billion to Â£1.8 billion by 2003. GSK spokesperson Alan Chandler said he did not expect the Twin Towers attacks to have a great effect on the company's performance.

Yet business as usual doesn't mean doing business is easy. Paxil/Seroxat (paroxetine) may be a key growth driver, but a California law firm has launched a class action suit against GSK on behalf of 35 patients who said they suffered distressing withdrawal symptoms after discontinuing use of the selective serotonin reuptake inhibitor (SSRI). The suit alleges the company failed to warn doctors and patients of the withdrawal symptoms, said to include head pain, vertigo, loss of coordination, abdominal discomfort, agitation, and confusion.

The UK's Guardian reported that more than 1,500 patients with similar complaints have contacted the law firm since it initiated the class action. GSK maintains there is no reliable scientific evidence that the product is addictive, but the Medicines Control Agency has forced all UK-based SSRI manufacturers to amend product labeling to highlight the possibility of adverse reactions. GSK may also have to deal with claims that SSRIs are associated with a greater risk of gastrointestinal bleeding.

On a brighter note, GSK has strengthened its pipeline prospects through a collaboration with Tanabe Seiyaku, one of the oldest--and, after its merger with Taisho, one of the largest--pharma companies in Japan. By next April, the companies will begin working together to research, develop, and market a number of Tanabe compounds in the areas of psychiatry, neurology, urology, and diabetes.

Pipeline prospects at AstraZeneca are already among the best in the world. Datamonitor forecasts that new blockbuster sales for the company will reach $6.34 billion in 2007--better than any company in the industry and strong enough to make up for the imminent loss of US patent protection for Prilosec (omeprazole), according to the market research company.

Not everyone agrees, particularly in the City of London, where the company has always had an uneasy ride. Most recently, broker JP Morgan gave the company a "market performer" recommendation. It acknowledged the strength of AZ's pipeline but said in a research note that the company also has the industry's "biggest patent headache"--products worth $8.5 billion, or 54 percent of 2000 sales, that are facing near-term patent expirations. Schroder Salomon Smith Barney, another City firm to express doubts about AZ, downgraded its rating from "buy" to "neutral."

The company's 2001 half-year sales rose by 8 percent and pretax profits were up by 5 percent. CEO Tom McKillop makes much of AZ's ability to extend the life of its key products. The latest example of that came with the UK approval of a 150-mg Casodex (bicalutamide) dosage for the treatment of early stage prostate cancer, the first once-daily medicine to treat that phase of the disease.

Because the United Kingdom acts as a reference member state for the authorization procedure, approval for the new indication was also granted in Greece, Portugal, and Austria, and the rest of the European Union is expected to follow suit. AZ is planning a regulatory submission to FDA by the end of the year.

As the prospect of military conflict looms larger, whether business as usual can be maintained in the coming months remains to be seen. For the moment, the pharma industry is doing its best. 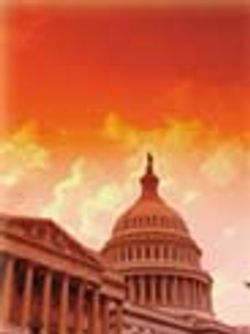 Feds Crack Down on Fraud 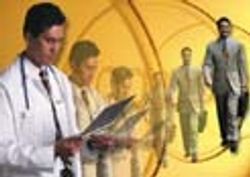 Doctors in the House