The question thus is whether FDA does enough to facilitate market approval of alternative products-or, conversely, if agency actions delay market entry of potential competitors. Even though generics now account for 88% of prescription drug sales in the US and have saved billions for patients and payers, generics makers still complain of too-slow reviews and burdensome rules.

Multiple products in a drug class also can avoid shortages that often lead to price hikes. No one wants FDA to ignore quality or safety problems with a drug or facility, but agency citations can prompt a manufacturer to close an outmoded plant or exit a low-profit market, limiting competition, particularly for older sterile injectibles.

Concerns about generic drug regulation and its relationship to recent sharp spikes in drug prices were addressed at a January hearing before the Senate Health, Education, Labor and Pensions (HELP) Committee and at a high-profile session in February held by the House Oversight and Government Investigations Committee. Some legislators suggested that FDA’s ability to quickly approve a new alternative therapy might deter pharma companies like Turing from buying up small firms with products amendable to steep price hikes.

Janet Woodcock, director of the Center for Drug Evaluation and Research (CDER), testified at both sessions, acknowledging that multiple drugs per innovator may facilitate patient access to more affordable therapies. She highlighted how CDER has greatly accelerated approvals of “first generics” and

is whittling down the enormous backlog of pending applications, largely due to revenues from the generic drug user fee program (see sidebar).

She acknowledged, moreover, that innovators often seek to block market entry of new competitors, as seen in loud complaints from generics makers about problems obtaining supplies for bioequivalence testing of brand products subject to risk evaluation and mitigation strategies (REMS).

Woodcock said that FDA has advised pharma companies that REMS don’t warrant withholding drugs for research purposes, and that she is open to discussing how Congressional action could help address REMS issues. But she also emphasized that FDA does not approve a new drug or generic in response to rising prices, and that its scientists don’t even know what qualifies as a “price spike”-is it doubling a price from 10 cents to 20 cents? Or raising a list price by more than 1000%? Woodcock referred the legislators to an HHS report on generic drug prices that found no link between generic pricing and overall increases in outlays for prescription drugs.

FDA does keep a close eye on solesource products and those with only one or two competitors as part of efforts to anticipate drug shortages and supply disruptions. Woodcock told the Senate panel that while 623 innovator drugs have three or more generic competitors, there are only one or two alternatives for about 150 products, and no approved generics for 125 brands, despite expired patents and exclusivity.

Many of these are orphan drugs or specialized therapies that serve very small patient populations and don’t attract competitors, Woodcock explained. And topicals, inhalants, and complex treatments often lack well-understood methods for testing and documenting bioequivalence, a situation CDER is addressing through more research on new bioequivalence test methods to “open up previously blocked pathways” for new generics.

FDA oversight of drug quality and safety also can spur compliance actions that whittle down competition in a drug class. One response, said Woodcock, is for manufacturers to adopt more agile “advanced manufacturing” systems that can ensure product quality and quickly ramp up new production when needed.

In certain short supply situations, FDA has bent the rules to permit the import of similar treatments approved overseas and to allow pharmacy compounders to produce needed drugs. But Woodcock strongly opposed any routine reliance on drug compounders for less costly alternative medicines when generics fail to meet demand. She emphasized at the Senate hearing that there are “very great risks” in such proposals, citing two recent examples of compounded drugs that sickened dozens of people. Mass production of these drugs without adherence to good manufacturing practices (GMPs), she warned, “could have put thousands of people in the hospital.

More competition, though, can arise from FDA actions to spur the development and approval of biosimilars, largely by providing more guidance documents on product development and agency approval policies. As of January 2016, five sponsors had announced submissions of eight applications for biosimilar products, Woodcock reported last month to the House Energy & Commerce Health subcommittee. Nearly 60 biosimilars to 18 different reference products are in development, and an advisory committee recently recommended approval of a biosimilar to arthritis drug Remicade.

However, disagreement over proposals for naming and labeling biosimilars, as well as Medicare reimbursement and coding policies, threaten to curb market acceptance of these less costly therapies. Alternatively, competitive product development could accelerate under the Obama administration’s proposal to reduce the exclusivity period for biologics from 12 to seven years- an unacceptable change for innovators. Or a legislative “poison pill” proposal would suspend exclusivity on products that experience sudden price hikes.

The White House also is looking to rein in drug prices by requiring manufacturers of certain highcost therapies to disclose outlays on product research and manufacturing. Some 50 House Democrats have urged HHS to exercise “march-in rights” to curb patent protections for drugs licensed from the National Institutes of Health (NIH) that become so expensive that they fail to be “available to the public on reasonable terms.” Medicare plans to test price caps on Part B drugs, and more such strategies are likely to emerge. 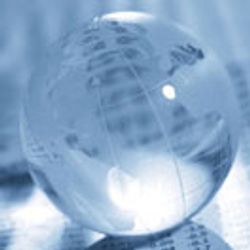 Beyond 2020: Building Strategic Coherence in the New Health Economy 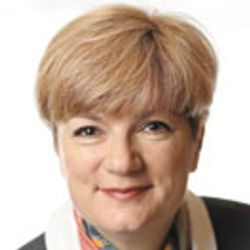 What Errors Do We Miss in Clinical Trials?