Having proved its efficacy against COVID-19, mRNA technology is positioned to combat another insidious human adversary: cancer.

Cancer is generated by mutations in certain genes, which affect how our cells function. Certain genetic changes arise spontaneously during DNA replication following cell division. Others, on the other hand, are the consequence of DNA damage caused by environmental and occupational factors. Chemicals in cigarette smoke, occupational exposure to asbestos, diesel exhaust, radon, vinyl chloride, benzene, or other carcinogens are examples of these factors.

Because cancer develops from our own cells, the immune system has a far harder time distinguishing proteins in cancer cells as foreign, compared to proteins in pathogens such as viruses. However, significant breakthroughs in cancer biology and genetic sequencing have enabled the development of vaccines that can distinguish between the two.

We have all seen first-hand the remarkable efficacy of messenger RNA (mRNA) vaccinations against COVID-19. Unlike traditional vaccinations, this new kind of vaccine does not utilize a weakened or dead virus to educate our cells on how to fight illness. Instead, it includes a fragment of mRNA that instructs the body's cells to produce a harmless spike protein — present on the virus's surface, giving it the distinctive crown-like look — and hooks onto host cell surface receptors. mRNA is rapidly degraded in the cell after translation. When human immune cells recognize the spike protein, they launch an attack, producing antibodies against it until all of them are destroyed. Despite not having been infected, our immune system is prepared to fight it.

While this mRNA COVID-19 vaccine is new to us, it has been under investigation by experts for decades and was only approved after passing stringent scientific safety tests and being approved by the FDA. The need for a global pandemic prompted a worldwide rush to produce the vaccine, which allowed it to be made more rapidly than prior vaccinations. The potential of mRNA technology is so great that researchers are exploring the possibility of using mRNA vaccinations to combat cancer.

Paving the way for a new generation of medicines

Recent advances in cancer immunotherapy have shown that activating antigen-specific T cells in a number of cancer settings may result in potent antitumor responses. Despite these advancements, many cancer types react either partly or not at all to these therapies. One method is to give a cancer vaccine that encodes for peptides harboring mutations identified in their cancer, resulting in a customized cancer vaccine comprised of neoantigens specific to a patient's tumor.

The multinational pharmaceutical giant Moderna is now working on developing customized cancer vaccines that are based on mRNA and designed to give one custom-tailored medication to a single patient at a time. Scientists can detect alterations present on a patient's cancer cells, termed neoepitopes, using next-generation sequencing. Neoepitopes may aid the immune system in discriminating between cancerous and normal cells. They can anticipate which 20 neoepitopes existing on the patient's tumor should elicit the greatest immune response using bioinformatician-developed algorithms, depending on the patient's immune system's unique features and cancer's specific mutations. They may then develop a vaccine that encodes for each of these mutations and encodes them all on a single mRNA molecule. Once injected, the vaccine will instruct the patient's cells to express the chosen neoepitopes after they have been identified. The patient's immune system may be better able to identify cancer cells as foreign and kill them as a result of this.

In a Phase II study of an mRNA-based vaccination for colorectal cancer, BioNTech is expanding its clinical oncology portfolio with the administration of the first patient dose. BioNTech reported that the first colorectal cancer patient has been treated in Phase II clinical study with their personalized messenger RNA cancer vaccine BNT122. The trial has been launched in the United States of America, Germany, Spain, and Belgium. According to BioNTech, around 200 patients will be enrolled to compare the effectiveness of BNT122 to watchful waiting after surgery and adjuvant chemotherapy, which is currently the standard of treatment for these high-risk patients.

A percentage of these patients are anticipated to have tumor recurrence within two to three years after surgery; in the clinical study, individuals at high risk of recurrence will be identified early on using a blood test that detects circulating tumor DNA.

In a 2014 study published in the Iranian Biomedical Journal, researchers discovered that the carcinoembryonic antigen, the most widely used human tumor marker, was present in 24 of 30 lung cancer patients. Furthermore, the sensitivity of mRNA has been estimated to be 80%, which is why mRNA vaccines show extremely promising outcomes in the treatment of lung cancer. In addition to treating lung cancer, mRNA technology may be utilized as a sensitive and specific marker in peripheral blood for lung cancer detection.

According to separate research published in the medical journal BioMed Research International, malignant mesothelioma tumors express the same protein that mRNA vaccinations are designed to remove from the human body. The etiology of all types of mesothelioma is closely linked to industrial toxins, the most common of which is asbestos. After receiving the vaccination, the mesothelioma patient may benefit from a greater survival rate and an improved quality of life, since the vaccine substantially slows the development of cancer.

Considering that lung cancer tumors express the same protein as mesothelioma tumors, which is the protein that is targeted by mRNA vaccines, it is possible that mRNA vaccines may be helpful in the treatment of this cancer as well. As a result, patients with lung cancer may soon benefit from increased survival years and a better quality of life. Unfortunately, the majority of patients who develop lung cancer as a consequence of asbestos exposure are diagnosed much too late for conventional therapies to be successful, which is why mRNA technology may be life-saving for these individuals.

Cancer vaccines, in contrast to vaccinations that protect against infectious illnesses, are therapeutic in nature. However, the underlying principle remains the same: provide the immune system with an antigen, a protein that it must identify and react to when it comes into contact with a cell that produces that protein. Messenger RNA has benefits in the creation of both preventive and therapeutic vaccines. After the target pathogen has been sequenced, mRNA may be created and generated rapidly. These genetic instructions guide the protein-making machinery of a cell on how to produce the target protein that will elicit the appropriate immunological response.

Cancer immunotherapies are designed to assist the immune system in fighting cancer cells in the same way that they would fight invaders such as viruses. Because cancer begins in normal, healthy cells and does not always seem to be clearly alien, the immune system has a more difficult time fighting off cancer cells.

An mRNA vaccine's purpose is to warn and prepare the immune system to go after the distinctive characteristics of tumor cells and to destroy them as soon as they are identified. Immunotherapy, which includes utilizing the patient's immune system to combat the illness, has become a common treatment for cancer. This may be accomplished in a variety of methods, including the use of synthetic substances that function as natural immune system components to kill cancer cells. As a result, there is a resemblance between how immunotherapy works and how mRNA vaccines operate.

What the COVID-19 Vaccine Process Showed Us, and How It Can Impact the Future of Drug Development 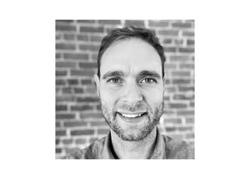 If Content Is King, Context Is the Power Behind the Throne