A hospital safety expert says it's now possible to completely eliminate certain adverse events. Pharma can't claim the same yet, but is it time for us to start imagining a time when we can "benchmark perfection"?

In the world of hospital care, specifically in the area of preventing certain hospital-acquired infections, it's finally possible to "benchmark perfection." So argues Lucian Leape in an interview in the online version of Health Affairs (www.healthaffairs.org). "This means that we can stop talking about reducing medication errors by 50 percent or improving handwashing by 30 percent, and so forth," says Leape, an adjunct professor of health policy at Harvard best known for his work on patient safety. "We now have convincing demonstrations that when the effort is made and new practices are implemented, we can actually eliminate certain adverse events."

Among his demonstrations: a group of 68 Michigan hospitals that managed to achieve zero infections of central-line IVs and zero cases of ventilator-related pneumonia for six months.

That's remarkable, especially when you realize that injuries to hospitalized patients are much more common than we once thought—something we've learned thanks to the Institute for Healthcare Improvement's Trigger Tool for detecting adverse events.

"The frightening thing," Leape explained in the interview, "is that when hospitals have used this trigger tool—and now there are dozens that have—they find that not 4 percent of injuries, which is what we found in ...1991, but 40 percent of patients admitted will experience some sort of injury." Some of the injuries are mild—rashes or momentary changes in blood pressure—but by focusing on injuries of any sort rather than on deaths or errors, researchers build up a body of events that they can eliminate with good management.

The latter part of the interview is devoted to strategies for perfection. Some are predictable—training, teams, transparency. Others are more controversial. Leape is iffy on pay-for-performance; he's skeptical about setting up a program that actually incentivizes the correct behaviors. On the whole, he'd rather pay for results, which is even trickier. And he backs an insurance company initiative to refuse to pay for 27 "never" events—amputating the wrong leg, the death of the mother in a normal delivery, and so forth. Perhaps most controversially, he thinks that when patients are harmed, the hospital should automatically inform them, apologize, and compensate them. That may sounds like it would open the floodgates to litigation, but Leape cites several cases in which the strategy led to a decrease in litigation and lower overall payouts for liability.

Hospitals are very different from drug manufacturers, of course, and pharma is nowhere near benchmarking perfection. But there are elements in Leape's argument that are incredibly appealing: the focus on eliminating harm rather than eliminating error, the shift of risk onto the party who's able to do something about it, and the desire to take risk away from the patient.

That may sound counterintuitive for pharma: All drugs are dangerous, and patients ultimately have to take responsibility for themselves. But short of that, the idea that pharmaceutical companies could devote themselves to eliminating risk, and that they would be compensated for their success at maximizing good outcomes, is incredibly appealing.

How could we do it? I haven't the faintest. But, then again, I never imagined before now that I'd hear of a hospital that could run six months without a single ventilator-related pneumonia. Apparently the impossible isn't always out of the question. 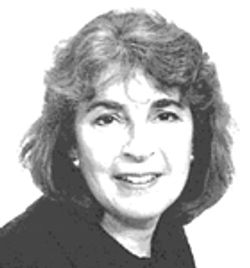 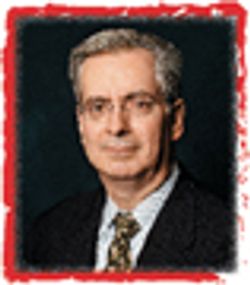