Community: The Business of Life

Adam Smith's theory of the uncompromising market may set the tone for today's capitalism, but we forget that his first work,"The Theory of Moral Sentiments," made 'bettering the human condition' the basis from which all productive commerce flows.

The single most relevant management axiom for today's turbulent business environment is to prepare for the unexpected. To show the way forward, biopharma companies are placing big bets on scenario forecasting, market analytics, and other costly, metric-driven decision-planning tools. But our editorial investigations this month reveal that good intelligence on market changes can often be had for free, simply by leveraging the "I" powers of intuition and interaction.

This depends in turn on the willingness of key C-suite decision makers to reach out to new people whose lack of familiarity with the daily grind of selling medicines is precisely what can yield those fresh perspectives.

Pharm Exec's cover feature this month marks the initiation of an effort on our part to expand the notion of industry "stakeholder." We begin with an interview with Nobel laureate Elie Wiesel, whose impact on health and science derives from a unique combination of moral presence, intellectual authority, and practical exposure to what is both sublime and bestial about the human condition.

In the discussion, Wiesel underscores that no industry has as much potential to improve human life as biopharmaceuticals. It's an opportunity for public engagement that many CEOs have ignored by failing to capitalize on the legacy of history and memory to infuse a sense of public optimism about the future. In his role as convener of last month's 2010 Prix Galien awards ceremony for innovation in medicine, Wiesel points to just one of the nominated drugs—the anti-malarial Coartem—that has revolutionized treatment of malaria, especially in children, saving an estimated 650,000 lives since 2001. What a contrast this single figure makes against the blight that characterized his youth in a Nazi concentration camp—when global life expectancy, even for those privileged to enjoy freedom, was still well under age 60.

Wiesel has a number of practical suggestions geared particularly to CEOs, noting the importance of communicating beyond the traditional one-page set of talking points. Says Wiesel, "A physician will tell you that without the capacity to stabilize brain patterns through dreams, stress will build and the body cannot survive. Why not make this connection to unleash the creativity of the research enterprise as well?" Yes, why not? With the industry's top offices occupied by a growing range of functional expertise, from marketers to manufacturers, lawyers, and, yes, even a few scientists, could the future hold a place for the philosopher too? At the very least, given the industry's eroding reputation, the ability to chart a clear course around life's more fundamental questions should be part of every CEO's skill set.

Three other Pharm Exec features this month provide a more prosaic amplification of the theme of acknowledging a larger community of stakeholders. Our profile on Roche's latest effort to create a better structure for its relationship with social media highlights the boundaries that risk and regulation can place on how companies reach out to the public. An interview with two observers of the payer base finds that evidence, data, and information is not sufficient to prevail in reimbursement negotiations. The human touch—intuiting what keeps the payer up at night—still counts.

Finally, a column by a top executive of a leading generics firm shows how a precondition for success in that sector will be a capacity to think more about providing solutions through an external-facing, service-oriented approach—one that extends beyond the price point. And that requires knowing your customer—the stakeholder—as something more than a one-off commoditized transaction.

Ultimately, what merges our content this month is the practical lesson of reaching forward to tap the human community—and the moral connection—that will preserve the "license to operate" in the biopharmaceuticals business: the business of life.

Getting Ready for Sunshine 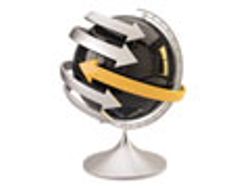