Congressional leaders clearly believe that pharmaceutical companies can afford to contribute more than $80 billion to support health reform. Sure, industry will grumble about higher rebates, new taxes, broader disclosure and potential price controls, but at the end of the day, the boost in coverage to some 40 million potential customers is a “sweetheart deal” that will increase sales more than enough to cover those losses.

Pharma also takes a hit from a measure to halt “pay-for-delay” agreements between brand and generic firms. And “sunshine” provisions were extended to require disclosure of marketer payments to medical education companies, which most likely will further curb industry support for continuing medical education.

The main good news for pharmaceutical and biotech companies is that the agreement on follow-on biologics held firm in the House. That provides for 12-years exclusivity on FOBs, the same as in the Senate bill.

How Much Growth?
Although health reform may bolster drug industry sales over the next five years, as cited in an IMS October report, the analysts still expect pharma growth to be relatively low due to the global economic downturn, patent losses and more intense pressure on prices. Industry executives insist that health reform will be a wash in terms of revenue, especially if most of the added sales involve government health programs.

Ken Johnson, senior vice president of PhRMA (Pharmaceutical Research and Manufacturers of America), raised the specter of industry job losses and curbs on innovation under the House-passed bill. Manufacturers hope for a better deal from the Senate, and ultimately from a House-Senate compromise.

Congress is anxious to gain any and all savings from pharma because reform legislation does very little to “bend the cost curve” on the nation’s health care system. Pending bills purport to curb spending by cutting fraud and waste, establishing electronic medical records, assessing the effectiveness of medical treatments and bolstering preventive care. These strategies may improve health care quality but won’t make any real dent in federal expenditures.

Serious cost control involves changing the tax treatment of employer-provided benefits and overhauling provider payment methods – neither proposed in current reform bills. Instead, the legislators seek to hike taxes on consumers and health care companies to reduce federal outlays for expanded coverage. Tax hikes, though, do little to curb health care spending overall; they even may boost outlays even more.

As the great health care debate of 2009 comes to a close, members of Congress have to decide whether to adopt admittedly imperfect reform legislation, or to admit failure and abandon the entire exercise. The Obama administration and Democrats are determined to pass any bill that can be identified as health reform, while Republicans insist that such action will drive up spending even more and bankrupt the nation. The pro’s seem to outnumber of antis, believing that some change is better than none, and that policy makers have to take at least some steps towards reforming the nation’s dysfunctional health care system. 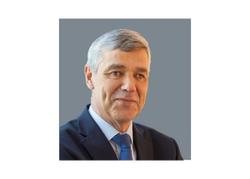