PharmExec talks to babylon founder and CEO Ali Parsa on how technology will deliver healthcare services to patients globally.

babylon has made great strides very quickly, last week becoming the #1 most downloaded health and medical app  and 161st most popular app in all categories. This week Parsa will be addressing delegates at eyeforpharma Barcelona (March 24–26) on “how technology will deliver healthcare services to patients globally”.

Ahead of his presentation, PharmExec speaks with Parsa about his plans for the immediate future and the message he would like to convey to pharma.

What is your message to pharma companies?

Ali Parsa: Many pharma companies at the moment seem to be content just to be manufacturers; they produce a drug and sell it and there the relationship with the customer often ends. That is an enormous missed opportunity that other producers have long learnt to capture. It’s kind of like how car manufacturers used to be twenty, thirty years ago.  You’d buy your car from BMW, for example, but then soon after you’d take it to another garage for a service, etc.

Car manufacturers have now learned that their relationship with the customer has not finished when they buy the product, it has only just started. Manufacturers now offer a complete after-care service; they continue to monitor the product after it has left the show room. Drug companies have not yet moved that way.  If they were to, and were to begin to foster more direct relationships with their patients, then I could imagine that a partnership between the industry and a service like babylon would be incredibly useful. For example, we next plan to bring out a range of medication management systems, with the aim of ensuring patients’ adherence to their treatment regimes.

You’ve enjoyed rapid success with the take-up of the babylon app. But is it possible to reach potential groups such as the elderly, who are not tech-savvy?

One of the most striking things we’ve seen is the engagement of men with the platform. Men are typically very reluctant to engage with their own health. But we are seeing men signing up, signing up their families and taking responsibility for the health of their households.

As for reaching elderly patients, it’s kind of like saying should Apple have launched the iPhone seven years ago because the elderly were not among the first wave of users? When Apple launched its first smartphone, it only sold one million handsets globally, but when they launched iPhone 6 last year, they sold 16 million handsets on the first day. The way any innovation works is that there will be about two per cent of people who are very early adopters, then attracting 15 per cent early adopters and through this very significant group the innovation can be pushed out to an “early majority” of adopters. What we are really targeting first is that 2–15 per cent early adopters.

Your presentation will deal with delivering healthcare services to patients globally. What are your global plans at this point?

We made a decision to go to Ireland in December last year and we launched there on March 2. It took us less than ten weeks; that’s the beauty of our platform, it’s completely scalable. But next we’re going to Rwanda. We hope that by Q4 this year we will be launching a national service there. Obviously we need to make significant changes to the system to make it robust and reliable for Rwanda. For example, we need the system to be able to work on 2G phones, which is a big departure for us. But the reason we have chosen Rwanda is that we are currently providing a service in some of the world’s richest countries, so we would also like to show that we can provide that service in one of the poorest countries - at prices that are affordable. Technology will democratize access to healthcare globally. 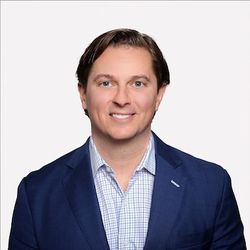