A look at the results of recent surveys revealing the impact of the COVID-triggered digital switchover on sales rep interactions and medical conferences.

A major consequence of the global pandemic has been the accelerated adoption of digital tools enabling us to continue doing business even while working from home at a distance.

The healthcare industry, as with many other sectors, has had to adapt swiftly to new practices. Physicians have had to switch from face-to-face consultations with patients to telephone or video conferencing within a matter of months, moving any in-person education to online platforms, interacting with sales representatives virtually or via telephone, and attending online events for networking rather than going in person to any of the major medical conferences.

According to a poll of more than 2,500 companies around the world by digital communications specialist Twilio, 74% of healthcare companies sped up their digital transformation to overcome the challenges associated with the COVID-19 pandemic.

Two more traditional, offline healthcare professional (HCP) marketing channels highly impacted by the pandemic are sales rep interactions and medical conferences. Using insights from primary research carried out in recent months, we consider how successful these channels might be at engaging the physician if they continue to be delivered digitally post-COVID.

Because digital channels appear to offer significant advantages in terms of cost, efficiency, and scalability, some pharma companies are investigating the possibility of changing their sales and marketing models permanently, with more investment in digital and less on their physical sales forces. With physicians potentially less and less keen (and able) to give time to sales reps during their working day, the idea seems to make sense. But how might physicians respond to such a change?

Therapy Watch is a syndicated service from Research Partnership conducting research with an online panel of almost 1,000 physicians across Europe working in HIV, hepatitis C virus (HCV), rheumatoid arthritis (RA), osteoporosis, and psoriasis. As the pandemic began to spread around the globe, Therapy Watch started to track the impact of COVID-19 on patient consultations, prescribing, and switching behavior. Its research also looked at sales rep interaction during the pandemic and asked about future preferences. We looked at the findings from the third quarter survey carried out in June–September 2020.

During this summer period, around half of EU physicians felt that patient management was still being severely impacted by COVID-19, although Germany considerably less so than other countries. Spain and the UK were the most impacted, while Italy and France felt that the impact declined somewhat in this period compared to the previous quarter.

Unsurprisingly, like patient consultations, rep visits were conducted predominantly by telephone or video conferencing, especially in the UK and Spain. Overall, telephone was favored over video, except in the UK where video was preferred. In RA, rep visits were down by 28% in this period, but for those that did happen, more than half were via telephone or video, with Germany driving that average down, as the UK had less than 5% of face-to-face rep visits. In HIV, the picture was similar with 73% in EU5 seeing sales reps virtually, more so in Spain and the UK.In psoriasis and osteoporosis, where Therapy Watch research was conducted in UK and Spain, we once again saw a very marked move to virtual rep visits.

However, when asked what they would prefer in the next six months, around 50% of EU physicians stated they would like to see a return to face-to-face rep visits, with HIV doctors particularly keen. HCV physicians were not asked this question specifically, but rather when they expected to see sales reps again—most expected that to happen in the fall of 2020, which was perhaps a little optimistic given that many countries had to put in place further lockdowns in the winter. The only country that differs markedly in their opinion is the UK, where doctors reported a preference for video conferencing or telephone in the future. We analyzed the RA doctors by seniority and in this cohort (207 rheumatologists), the less senior doctors (those with less than 10 years’ experience) would prefer to see their rep via telephone or video. The more senior (those with more than 21 years’ experience) would prefer to return to face-to-face.

These findings align with the Digital Savvy HCP Survey 2019 conducted by thought-leadership forum PharmaFUTURE (pharmafuture.org), which reported that among a panel of over 1,000 physicians, face-to-face tablet-based detailing remained, in the last three years, the most popular channel for doctors to receive information about products, both in the US and in the rest of the world.

However, according to the PharmaFUTURE survey, physicians indicated that their interactions with medical representatives would be more valuable if the sales reps could share information that is relevant and personalized for them or they could get remote on-demand engagement with a medical science liaison (MSL).

This sentiment marries with the trend many pharmaceutical organizations are moving toward: employing consultative customer teams in a pull strategy to support HCP needs rather than relying on pushing out promotional information via a salesforce.

The insights from the Therapy Watch survey, however, suggest a certain level of caution. While it might seem economical to rely less on a physical sales force, or change the way rep visits are conducted, some doctors may not yet be ready to lose this form of interaction. From these EU findings, pharma companies looking to test the waters might do best to start in the UK or with less senior doctors, where virtual visits seem preferable and where video conferencing may be more available as an engagement option. If trialled, it may prove more successful if the interaction is seen to improve the HCP experience, perhaps by leveraging the benefits digital technology provides to ensure calls are personalized precisely to meet the physician’s needs and maybe with the involvement of an MSL as well as the sales rep.

Back in April 2020, Research Partnership commissioned Medepoll to conduct a poll among several hundred medical specialists in the US and across Europe to find out their attitudes on virtual conferences. Among the physicians polled, 75% were planning to attend medical events that had been (or threatened to be) disrupted by the coronavirus. Of those, a large majority were keen to explore the option of attending a medical congress in a virtual format. If they did attend, two thirds said they would just dip into papers and presentations of interest; the remainder would undertake to review a broader range of presentations.

Less than a quarter said they would seek to access a key presentation “live,” with half more likely to take it in at a later date, whenever they had time.

In response to the key question, “Do you think the virtual format is the future of medical conference?” almost two-thirds indicated “yes.” The results of the poll looked promising and showed a clear willingness—even a preference—for busy physicians to engage with a virtual conference.

ASCO 2020 ran as a three-day virtual scientific meeting from Friday, May 29, to Sunday, May 31, with materials available to access on-demand long after the event had finished. It is reported that over 45,000 attendees from 138 countries participated in the event, which included over 5,300 abstracts, 2,300 oral and poster presentations, and more than 100 broadcast sessions. ASCO called it a record-breaking number.

Medepoll again carried out a poll pre- and post-ASCO among 71 physicians. The virtual conference format attracted a broad group of oncologists from across the US and EU, including those that hadn’t even planned to attend the event in person before the pandemic struck. Of the physicians asked, just 61% were planning to attend what would have been a five-day event in Chicago. In actual fact, over 75% of respondents had since engaged with or intended to engage with online content presented as part of the virtual conference.

Knowing from the April poll that physicians are more likely to engage with virtual conference material in their own time rather than watch live presentations, we ran the survey several months after the event finished. We found that two months after the conference, the majority of physicians had viewed as much as they were going to view and didn’t plan to visit the site anymore.

It appears from our research that running conferences online has its advantages in terms of reduced cost and increased outreach. However, oncologists also felt the lack of networking opportunities was a key disadvantage. Several mentioned they disliked the lack of interaction and opportunity for live discussion with speakers and presenters. On the plus side, one-quarter felt there were no issues at all. The results give us some indication as to what physicians think about virtual conferences in the here and now. It remains to be seen if post-pandemic, medical conferences will return to the venue format they were before. Perhaps an opportunity exists for both a virtual event and a live event to run side-by-side, so that those who are unable to attend in person can experience something like the real thing.

The global trend for technology-led customer service seems to be gathering momentum in healthcare in a fashion witnessed in industries such as retail and financial services. The pandemic has accelerated this trend even more, forcing the industry to move at a speed that it perhaps hasn’t to date.

Many pharma and healthcare companies are progressing with their omnichannel marketing strategies as a way of engaging with HCPs more efficiently and seamlessly, using artificial intelligence and machine learning tools to deliver a better customer experience.

It remains to be seen whether the customer experience for HCPs is improved by greater use and adoption of digital engagement channels, and whether there will still be a need for the personal touch afforded by in-person interactions and events.

What the COVID-19 Vaccine Process Showed Us, and How It Can Impact the Future of Drug Development 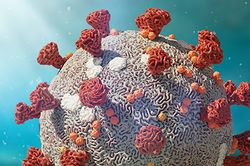 In It For the Long-Haul: Planning for the Future of COVID-19