Three examples from Pharm Exec's coverage this month show that, in our industry, there are always two sides-at least-to every question.

THE MONTH OF APRIL REPRESENTS THAT SEASONAL SPLIT BETWEEN SPRINGTIME AND THE LONG SHADOW OF A WINTER DEPARTING. It's thus appropriate that we turn Pharm Exec's attention to a similar borderland, where business principles and practice converge in a mud field of contradictions: what industry thought leaders call an "unresolved policy debate." We prefer to call them dividing lines, three examples of which we bring to your attention as part of our feature coverage this month. What they show is, in our industry, there are always two sides—at least—to every question.

Who is Your Customer? In our Executive Roundtable with four St. Joseph's University Business School alumni responsible for commercial operations, a recurring theme is being "customer centric." Beyond that basic agreement, however, there was a strong sense of uncertainty on how to cope with the sheer diversity of the audiences the industry now needs to serve. This diversity requires commercial teams to pursue costly, customized approaches to market outreach; many are using big data tools to appease one key party: the payer. But a few brave souls still insist the industry will lose its way unless the patient interest is put back at the center of the picture. Tension between these two pathways is palpable: while you can execute a contract with a payer for a quick, definable payoff, building an asset by meeting eye to eye with the patient, at ground level, is a project only for the long-term. The question is can you strive to do both, and serve two masters? Market leadership in a future of non-obvious strategic choices may depend on it.

Diversity in the "C-Suite:" A Dream Deferred? This month's cover feature is our annual take on the Healthcare Businesswomen's Association Women of the Year (WOTY) award, which now has been expanded to three winners in pace with pharma's effort to integrate to all segments of healthcare. Our story provides strong evidence that female leadership is a reputational asset; in an industry associated with the production of a public good, it is also good for business. Yet there is evidence, too, that women are still woefully underrepresented in the top echelons of pharma power —so where is that sense of urgency, to reach beyond the tired expression "as it has been, so shall it ever be?"

The danger is, as a movement matures (HBA's recognition of female talent in the industry now spans 25 years), what was novel can become commonplace. More stimulus is needed, but the direction is wide open to debate. Is the movement promising too much in terms of a culture change? Or should it push harder on the more straightforward economic arguments for diversity in management? One of the most deflating justifications for gender equity I've heard came from Gloria Steinem herself, when she said "it's not that women in the workplace are more moral than men. They've just had less opportunity to act immorally." To move that workplace culture to a better place—maybe more moral, but certainly reflective of the new market demographics—requires that change be felt not just at the top of the food chain, but at the bottom too. That's a harder task, and a much bigger commitment—is the "c suite" ready?

Who You Gonna Call? Not Pharma (Not Yet). Our third feature explores the efforts of Wikipedia, the world's largest online source of health information, to impose some discipline on the legacy it has made—the English language site logs an average 200,000 health visitors a month but only one percent of its content is vetted through external peer review. As the story attests, pressure is on to persuade big Pharma to participate directly in Wikipedia's efforts to improve its standards for completeness and accuracy. As usual, however, the industry must deal with the predictable issue of bias. In this case, the dividing line is drawn on the other side: some Wikipedians just want pharma in, while others want to attach a very big string—to force companies to disclose the results of all sponsored clinical trials, good and bad. Right now, industry seems comfortable deferring any action to the constraints imposed by promotional controls. But, given Wikipedia's vaunting popularity and clout with patients and providers alike, for how long can an industry position based on passing the buck to the regulator be sustained? Stay tuned—this potentially rotten egg is still gestating. 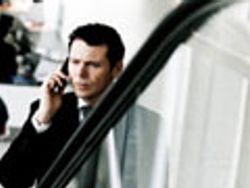 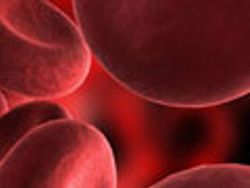 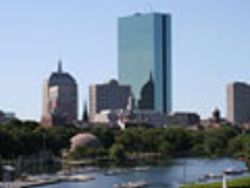