Drug Compounding: A Cause and Cure for High Drug Prices?

The ancient practice of drug compounding has become one of the most controversial issues in the pharmaceutical industry. While public health concerns have inspired the FDA to implement comprehensive safety reforms, compounded products continue to represent a significant cost burden for government and commercial health plans. However, just as insurers and regulators have sought to tamp down compounding costs and utilization, observers have begun to acknowledge that compounding may sometimes serve as an essential antidote to spiraling drug prices. Thus, in the topsy-turvy world of drug pricing and reimbursement, compounding is viewed as both a cause for escalating drug prices as well as a potential catalyst for reform.

‘Compound’ growth: The good and bad

Drug compounding has historically been performed on a small scale in the independent pharmacy or physician office to create customized versions of drugs for patients desiring a more convenient dosage form or flavor Nevertheless, compounding has grown in scope and prevalence to meet growing market demand for drug products tailored to unique health and cosmetic needs. For several years, this trend progressed unabated in a relatively lenient regulatory environment. However, in 2012, a deadly fungal meningitis outbreak was linked to a Massachusetts’s-based sterile compounding facility-a tragedy that brought to light safety concerns surrounding compounding. Congress responded with the passage of the Drug Quality and Security Act (DQSA), which clarified the FDA’s regulatory authority and outlined a new legal framework to ensure safer compounding practices.

While government action has been taken to address safety concerns, compounding has become one of the central contributors to drug price inflation in the US. According to the Express Scripts Drug Trend Report, overall US prescription drug spend increased by 13.1% in 2014, whereas compounding spend increased by as much as 218% during the preceding two years.

This upward trend is largely based on the actions of drug manufacturers that have inflated the average wholesale prices (AWPs) for certain bulk substances-the constituent ingredients in compounded formulations In addition, many believe that costs are being driven by unscrupulous physician prescribing habits and compounding pharmacies that have employed creative profitmaking schemes.

The combined growth in compounding costs and utilization has negatively impacted many commercial and government payers, particularly those that base reimbursement on the prices of bulk ingredients. Commercial insurers have been quick to question the value and efficacy of many compounded products while implementing reimbursement caps and coverage restrictions.

Likewise, some government healthcare programs have overhauled their reimbursement mechanisms to dramatic effect. Notably, on May 1, 2015, TRICARE, the government health plan covering civilian health benefits for military personnel, revised its reimbursement policy to screen for all ingredients in compounded prescriptions and reject coverage for any non-FDA approved ingredients. In the month following this change, spend on compounded claims decreased by 74% and the number of filled prescriptions dropped from 105,200 to over 41,800. Although reform has progressed more slowly in the workers compensation arena- where generous reimbursement policies are the norm-several states have implemented measures to better control costs and utilization. For example, significant progress in managing workers compensation medical spend was achieved in Oklahoma, Texas, and Washington State, which adopted closed drug formularies, and in Ohio and Mississippi, which imposed reimbursement caps on compounded products.

But while compounding is often viewed as one of the central contributors to rising drug costs, the practice has emerged as an apparent-if unlikely- solution for the seemingly intractable problem of generic price increases. Public outrage stems from the actions of certain drug makers that have obtained rights to selected solesource generic drugs and then dramatically increased their prices.

In one now-notorious example, Turing Pharmaceuticals acquired the rights to Daraprim-a drug that is critical for the treatment of the parasite-borne disease, toxoplasmosis- and then ratcheted up its price from $13.50 to $750 per pill. While consumer advocates and lawmakers have bemoaned their limited options in combating this practice, San Diego-based compounder, Imprimis Pharmaceuticals Inc., announced plans to produce a formulation of Daraprim’s active ingredient, pyrimethamine, for about $1 per capsule. The proposal received support from Express Scripts, which announced on Dec. 1, 2015, that it would cover Imprimis’ formulation when supported by a patient-specific prescription. Imprimis now intends to produce cheaper alternatives for other sole source generic drugs that have been the subject of price gouging schemes.

The cost-saving potential of compounded drugs was recognized during a December 2015 hearing convened by the Senate Special Committee on Aging to address the causes and effects of generic drug price increases. Nevertheless, critics maintain that compounding is a disfavored remedy, given its safety concerns, non-FDA approved status, and contributory role in rising drug costs in certain settings. Moreover, under the FDA’s new regulatory scheme, facilities that engage in large scale and sterile compounding activities are required to register as “outsourcing facilities,” pay annual fees, comply with current good manufacturing practices (cGMPs), and submit to FDA inspection. In addition, outsourcing facilities may only compound f rom bulk substances that appear on a drug shortage list or on an impending list of bulk drug substances for which there is a recognized “clinical need.”

Many industry players are waiting on the sidelines to see whether the scope of the bulk drug substances list will be sufficiently broad enough to warrant registration as an outsourcing facility. I n the meantime, given the added costs and burdens, there may be an insufficient number of outsourcing facilities that are willing and capable of providing cost-saving formulations on an appreciable scale.

At a time of growing anxiety and confusion about drug pricing issues, policymakers will need to understand compounding’s Janus-like nature, and its real and potential impact on the pharmaceutical industry. Reforms may be

On the other hand, policymakers should avoid overly broad and categorical limitations that may restrict the availability of products that are often needed and desired by patients. Likewise, recognition should be paid to the advantages of compounding as a lever against certain sources of high drug costs, particularly in the generic sector.

At a time when many lawmakers are calling for radical costs controls, the Daraprim incident has revealed how traditional market mechanisms and the creative employment of existing pharmacy practices, such as compounding, may serve as effective checks and balances. This is an important consideration as our society confronts the challenge of structuring suitable drug pricing reforms, which inevitably involve difficult trade-offs between innovation, patient need, and cost.

John S. Linehan is an attorney in the Health Care and Life Sciences practice group of Epstein Becker Green. He can be reached at jlinehan@ebglaw.com 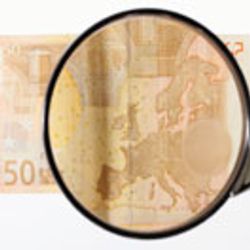 Disclosure D-Day Draws Near In Europe 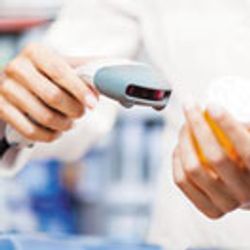 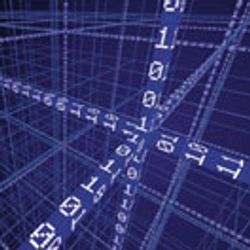