From the Editor: Meaningless

A new bill says HHS has to negotiate Medicare drug prices with pharma companies. It won't work-but that's not the biggest thing wrong with it.

Well, the Democratic leadership of the House of Representatives delivered on their promise and passed a bill requiring the Secretary of Health and Human Services to negotiate Medicare drug prices directly with pharmaceutical manufacturers—and did it within their first hundred legislative hours. It's probably just as well that they hurried, because it leaves them more time to go back and pass legislation that actually means something. Heaven knows the price negotiation bill doesn't. Even if the Senate comes through on equivalent legislation (which is far from certain), and Congress can muster enough votes to override the inevitable presidential veto (downright unlikely), the bill can't accomplish much.

As the Congressional Budget Office (CBO) succinctly pointed out, the bill has a fatal flaw. Though it mandates price negotiations, it denies HHS the ability to drop drugs from the formularies of Medicare Part D, and it allows individual drug plans to negotiate prices lower than those obtained by HHS.

"In that context," wrote CBO, "the Secretary's ability to influence the outcome of those negotiations would be limited. For example, without the authority to establish a formulary, we believe that the Secretary would not be able to encourage the use of particular drugs by Part D beneficiaries, and as a result would lack the leverage to obtain significant discounts in his negotiations with drug manufacturers."

In other words, if you don't bring anything to the table, you're not negotiating, you're just asking.

I'm used to the idea of Congress passing bills that don't do anything. But I'm always puzzled when it happens: Is it that they don't care whether the bill works, or do they just not understand what it takes to change things?

Of course, in the case of Medicare Part D, you could argue that if you truly understand how things work and you truly want to cut average drug prices, the best thing to do is just sit back and let market forces take care of the job.

Think of the factors that are lined up, ready to do what Congress hadn't the heart or the smarts to do:

Better generics The drugs going off patent now and over the next few years—including many terrific products—aren't just a loss of revenue to pharma. They also beef up the offerings of generic companies and make it possible to build a stronger formulary with less reliance on brand-name drugs.

Transparency Thanks to the Deficit Reduction Act, pharma's customers are going to have an unprecedented amount of information about pharmaceutical pricing. It's a safe bet that they'll use it to drive harder bargains.

Competition Of the drugs in the pipeline, a disproportionate share target cancer. That's good for patients and the industry, but it raises the real possibility that innovative new drugs will face more head-to-head competition than they traditionally have.

So should the Dems be happy? Not really, because average drug price was never the most important issue. Utilization is. There are millions of patients with common chronic diseases—high blood pressure, high cholesterol, diabetes, and so forth—who aren't currently treated. If they get treated and they stick with their meds, they'll break the Medicare bank, even at discount prices. The current system, it seems, is designed to work only if it turns its back on vast numbers of patients. That's a problem far more fundamental than who negotiates with whom. Maybe in its next hundred hours, Congress might want to start thinking about that. 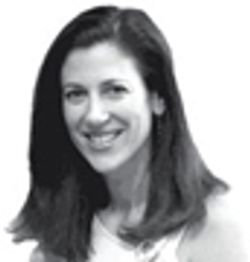 Direct to Consumer: One Size Fits You 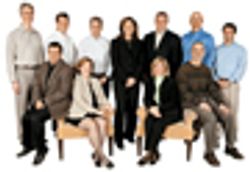 Brand of the Year 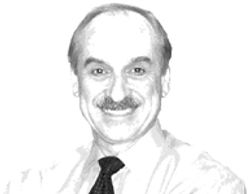