In these cost cutting times, no drugmaker can afford to keep shoveling money down the Rebate Black Hole. Here's how to optimize your ROI and push back against the growing pressure of third-party rebates

As financial pressures increase, pharmaceutical companies are paying greater attention to cutting costs and increasing efficiency. With more than 70 percent of prescription utilization going through managed care, rebates have a major effect on a company's bottom line. Yet rebate expenditures continue to expand—in part because of the industry's imperfect understanding of the relationship between discounts invested and value received. The complexities of managed-markets contracting can be overwhelming. By looking at the origins and rationale for rebates, we hope to throw light into the Rebate Black Hole.

There are steps that every drugmaker can take to turn rebates from a significant "expense" into a significant "investment"—steps that may even result in savings. What's required is a system to make rational, performance-based decisions within the immensely complex world of managed-markets contracting. A data-driven strategy can help you deal with these critical issues:

All of these variables will assist in determining the difference between the rebate investment and the rebate expense.

Rebates and the Fight for Formulary Status

The concept of managed care came onto the national stage in the late eighties and early nineties. The premise was simple: Find the lowest-cost means to safely and adequately care for patients. Managed care organizations (MCOs) were fixated on promoting preventive care as a key component of driving down costs. Pharmaceutical therapies, being far less expensive than surgeries and emergency room visits, were at the core of this strategy.

This presented the need to reimburse providers for these products along with the challenge of managing ever-growing drug expenditures. Drug formularies were created as a way to control costs by determining which drugs would be covered—and therefore, in an indirect way, which would be most frequently prescribed, and even demanded. Ever since, the pharmaceutical industry has been faced with the dilemma of determining the level of rebates, or post-purchase refunds, to be paid to various segments of the managed care market.

Rebates have long been viewed as a way to gain a preferential position, referred to as formulary status, early in the life-cycle of a drug. As the concept caught on, the bidding became increasingly aggressive. In 1990, the federal government passed the Medicaid Reform Act, which brought Medicaid into the rebate arena.

Pharmacy benefit managers (PBMs) and health maintenance organizations (HMOs) also brought sophistication and complexity to the rebate process with utilization-measurement tools, such as bid grids, complex performance structures, and innovative contracts that were often exceedingly difficult to manage on both sides of the table. This presented the drug industry with the need for more robust contracting systems, increased data scrubbing, and contract compliance measures. One area that has lagged substantially has been a drugmaker's ability to analyze customer and contract performance with an objective measure of margin and profitability.

The Road to "Rationalized Pricing" Info

Currently there are few tools available to rank and prioritize your customer base. In fact, all too often prioritization is relegated to an informal hallway or cafeteria discussion about a specific customer. Unfortunately, many pharma and biotech companies lack the technical resources to accurately analyze the return on the rebates invested in an account. (To clarify, the "return" is the monetized value of a change in behavior due to the revised discount rate or contract terms—the bang for your rebate buck.) What is needed is an understanding of how each customer fits into your overall managed markets portfolio and the value each presents.

Obviously, not every customer can be the most important, and this is precisely why customer prioritization is so important. Until recently, developing this prioritization process was hampered by the limited quantity and quality of the data. Gut feelings and best guesses were often the deciding factor. In contrast, today there are numerous information sources with rich data that can be leveraged to answer such basic questions as: Who's helping, who's hurting, and who's doing nothing for you (and your competition)?

Yet these data points often remain incomplete, inconsistent, and even inaccurate. The information tends to reside in databases that are functionally siloed and technically disjointed; a subset of the total data set is often carved out for an entirely different purpose.

When a company invests in directly linking its managed-markets pricing guidelines to the prioritization process, the result is generally a net price that correlates more closely to the value placed on the account. Such fact-based "rationalized pricing" information enables the account-management team to enhance the negotiation process, determine relative profitability, and ensure that discount levels correlate to customer value.

Pricing Guidelines and Levels of Control

Too often, pricing guidelines (and related customer pricing) are defined in, to put it politely, an unscientific manner with minimal variances among the "open," "restricted," and "closed" levels of control. "Restricted formulary" can mean just about anything to each side of the negotiating table. Utilization with little or no level of control somehow tends to fall into a "restricted" discount level simply because the definition is left vague.

It is critically important to develop pricing guidelines that parallel the levels of control within each pricing segment. Companies often underpay for results within the "closed" component of the business while overpaying for the "open." And the "open" component often reflects a large percentage of the customer's product utilization, resulting in drugmakers getting the worst of both worlds: subpar performance at inflated prices.

Almost every contract can be viewed as profitable when proper expenses are allocated against it. But the question is, How profitable is it compared with other scenarios? For example, is an investment valuable if you invest $12 million in a customer that can move market share from 15 to 20 percent, while your national share sits at 30 percent? Without the proper performance-measurement tools, answering such questions is not easy, to say the least. (See "'Actual Performers vs. Key Biz Scenarios" chart, below.)

The best way to go about evaluating a contract's performance is to complete the performance components of budgets with the customer. This process ensures that so that all parties are on the same page regarding expectations. It also sets the stage for productive quarterly (or annual) business reviews.

The concept of "margin for share" is a fundamental benchmark against which contracts are negotiated and implemented. Too often, the analysis of contracts is done using only transaction-based data. While this data may be very accurate, it has significant drawbacks, such as reflecting factory-based, rather than demand-based, utilization. Such information tends to provide only the good news regarding approved claims utilization. It skimps on the bad news—rejected claims, say, or high copay values—and tells you little about your competitors.

Quality Control of the Contract

It's a no-brainer that the finance and legal departments should be involved in the contract process. Yet they are often brought into the picture only when a crisis has occurred: a Medicaid "best price" violation, a "Most Favored Nation" clause violation, or when total annual rebates come in over budget due to poor or overly optimistic forecasting. For best results, the finance and legal departments must sign off on both the performance and the financial tools used in the pre-contract and ongoing contract analysis.

There is always the question, Whose contract template should we use? Whenever possible, use your own—it was developed by your team, is focused to meet your product's goals, and integrates your company's philosophy into the terms and conditions. When the contract template is not yours, the language is always up for interpretation. For example, as previously discussed, there is often substantial vagueness in the definitions of "open," "restricted," and "closed" formularies. These inconsistencies often impact the prescription as it travels through the pharmacy/MCO systems.

Auditing the Data for Contract Compliance

Since the late nineties, many companies have been scrubbing rebate data on both the commercial and the government side, and this process has been found to be very cost-effective on a retroactive as well as a proactive basis. In the past year or two, the "compliance" audit has become more frequent and is a very useful tool to detect violations and measure strategy. For example, a recent contract stated that there needed to be a minimum of a $10 copay differential between formulary and nonformulary products. But an audit of the actual transaction data revealed that more than 25 percent of the plan/employer group utilization was in violation of the contract. These noncompliant accounts all had average copays for the product under contract that were less than the required favorable $10 copay differential with their competitors. (See "Contract Copay Compliance" chart.)

A drugmaker can address such violations in any number of ways. The two extreme reactions are "do nothing" and "full breach." The preferred scenario is somewhere in between.

In a perfect world, the account executive's compensation package would parallel a company's overall goals. However, such incentive plans are often based instead on market share, utilization, or number of contracts. Therefore it should come as no surprise that account managers gravitate toward offering the lowest contract price. This would not be the case if incentive plans were based on discount percentages offered or contract profitability. A recent AMR Research study found that less than 5 percent of drugmakers correlated their account manager's compensation to corporate profitability goals.

As an example, say a top account executive approaches you and asks, "By canceling two large contracts, over $15 million would fall to the bottom line. How will I be compensated if we implement my recommendation?" Currently, most incentive plans do not support this scenario. The result, most likely, would be moving the individual to another department. With today's technology and business tools, an account executive's performance can (and should be) monitored and linked to corporate goals.

Too often contracts are written with the bulk of the rebate linked to the access (non-performance-based) discount. This imbalance may not offer enough of an incentive for the contract owner to "move share" unless there is very strong contract language wrapped around the access discount.

Since a pharmaceutical company does not always get the "bad news" in the data submitted by the customer, it has no way of knowing whether the contract owner is helping, hurting, doing nothing—or even whether it is compliant. If the contract owner can receive a healthy discount for simply placing a product on the formulary alongside its competitors, the motivation to drive share via higher copays, prior authorizations, and product not covered is minimized. It is not uncommon for as many as seven brands to be listed as "preferred" within a single drug class at a specific account. In that case, is any one really "preferred"?

An analysis of market dynamics tends to show that most drugmakers have some level of non-performing or marginal investments in their portfolio—and that these investments are often pushed to the back burner. It is disturbing to find out that when marginally performing contracts are identified, "Don't tell Finance!" can be the standard response. A more proactive approach is to understand that the problem likely stems from the fact that initial pricing decisions were based on limited data and limited business tools.

Today's advanced business tools can provide richer data and pricing methodologies for a more accurate determination of a customer's full potential. Add in the means to track customer performance, and the result is the ability to not only clarify the dynamics of the Rebate Black Hole but also to make big strides toward escaping it altogether. 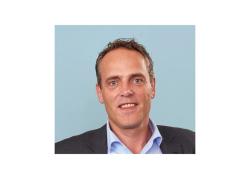