Keeping Your Place on the Nifty 50

What do the Pharm Exec 50 numbers tell us? The dominant theme seems to be one of gradual restructuring toward a post-patent-cliff era.

THIS MONTH'S COVER STORY is our annual statistical snapshot of the state of the global pharma industry. So, what do the numbers tell us? The dominant theme is one of gradual restructuring toward a post-patent-cliff era marked by a much higher profile for generic medicines combined with a renewed struggle to demonstrate innovative clinical differentiation, at the top of the value chain. Maintaining a competitive edge against both trends is increasingly costly, which is also why size and scale matter to decision-makers in the "C suite." Although market concentration is still modest in comparison to other sectors, the top 10 players among the Pharm Exec 50 are grabbing a higher portion of total industry revenues, at 60 percent last year compared to 53 percent in 2008.

Building that critical mass is attributable to the vulnerability that most companies feel as the pace of patent expiries picks up. Generic medicines already dominate in terms of the volume of Rx prescriptions: Our survey shows that Teva and Mylan alone account for more than 1 billion of the 4 billion scrips issued by the 50 in 2010. And the trend toward product commoditization is likely to accelerate as opportunities for generic placements increase in the next two years.

This year's profile also demonstrates the continuing complementary relationship between revenues and unmet medical needs. The biggest jump in revenues occurred in two therapeutic classes—multiple sclerosis and attention deficit hyperactivity disorder—where good treatments are scarce. Following just behind were treatments for the great "untameables" of non-communicable diseases: diabetes and senile dementia. Oncologic drugs retained the global top spot in spending, but growth in that segment is slowing, slipping from nearly 9 percent in 2008-2009 to 6.6 percent last year, as payers grow more resistant to these therapies' high price tags. Growth for oncologics was even slower in the US market, which accounts for by far the largest share of the purchasing base for this high-profile category. And as oncology goes, so goes the remainder of the specialty segment, which over the next decade is poised to unleash a host of new complex biologic drugs made possible by the sequencing of the human genome.

Overall, the picture is one of transition to a much-less-predictable future, where being able to adapt to a range of market conditions will spell the difference between average and superior returns. This point is exemplified by our two other feature stories in Pharm Exec this month.

Associate Editor Jennifer Ringler's review shows that opportunities for IT cost savings and the "global connectedness" provided by server-directed cloud computing must be balanced by knowledge that, without proper precautions, reliance on the Internet can create the potential for external misappropriation of sensitive commercial data.

Minimizing uncertainty by understanding the customer is taken forward in Pharm Exec's story on managing today's "fifth hurdle" in medicines access. That hurdle is finding the best way to gain a preferred listing on drug formularies, without making excessive—and ultimately ruinous—concessions to payers involving rebates. The key here, says author and Pharm Exec Editorial Advisory Board member Mason Tenaglia, is better data that can accurately forecast the margin impact of the various forms of utilization controls imposed by payers, such as step-up requirements or prior authorization.

Added to this heady mix is the capacity to gauge all the imponderables that intervene to disrupt the industry's daily routine. For example, did anyone in the industry a year ago consider the ripple effect that high global demand for commodities and food shortages would have on the rate of inflation and public deficits? Price stability in medicines has been accepted as the norm for years, but inflation is back as an environmental factor that should be addressed—and why must drugs be exempted? Do companies have a strategy to justify why payers need to help the industry keep pace with rising production costs through compensatory price increases? These questions deserve a good answer.

Responding early and well to this growing list of game-shifting curveballs will determine who moves up—or down—in the Pharm Exec 50 rankings. What's really interesting for our industry right now is how fluid that listing is going to be over the next 10 years. 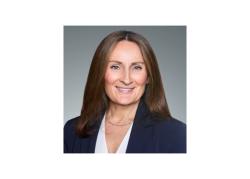 The Potential of Proteomics