Top hubs continue to perform despite financial uncertainty in other industries.

With short-term financial considerations hitting all industries worldwide, the pharmaceutical R&D ecosystems living within the US borders are still thriving based on well-known keys to success. It does not seem that long ago that Pharmaceutical Executive started to dig deeper into its biotech brethren that was fueling the innovation and inspiration for advanced science and therapeutic ingenuity.

In 2018, we outlined the keys to success for the top R&D hubs: Cambridge/Boston, San Francisco, San Diego, Philadelphia, New Jersey, and New York City. Keys included proximity to or number of research/hospitals/health systems; discovery/academia/universities (tech transfer); students/scientists; number of existing biotechs; transportation; state/local government investment; and the number of key FDA approvals that could indicate a positive pivot to commercialization.

The numbers haven’t changed all that much, according to the recent JLL 2022 Life Sciences Research Outlook and Cluster Rankings, which designates its innovation cluster models based on access to talent; funding that leads to commercialization; and real estate infrastructure to support further growth, weighted at 35%, 30%, and 35%, respectively.

Based on their weighted rankings, JLL experts listed their top 15 life sciences clusters, consistent with our top five hubs above, adding Greater DC/Baltimore at No. 4; Raleigh-Durham, NC, at No. 6; Seattle at No. 9; and Salt Lake City at No. 10.

A shout-out to Philadelphia, however, for its recent No. 2 placement if you are looking at the cell and gene therapy (CGT) market. As noted in our 2018 article, state and local investment into building “Cellicon Valley” is hitting its stride. A recent report commissioned by the Chamber of Commerce for Greater Philadelphia and researched by economic consulting firm Econsult Solutions, Inc. points to the city as No. 2 overall for CGT hubs. This report ranks according to research infrastructure, human capital, innovation output, commercial activity, and value proposition. Boston placed first and New York third.

In this month’s issue, we do focus a bit on the current financial environment affecting biotech markets, as well as pharma M&As. Columnist Barbara Ryan describes the interplay between interest rates and biotech valuations, where she optimistically reports, “Many of the fundamental factors that led to the collapse in the sector following its peak in February 2021 have improved, with data surprising to the upside, M&A picking up, and recent inflation metrics have come in lower than expected.”

Bill Borden, a freelance contributor, offers that large pharma is making inroads to innovation through acquisition, citing Pfizer’s purchases of ReViral, Biohaven, and GBT this year. However, smaller clinical-stage biotechs need to navigate their cash flow when risk averse investors consider what clinical data looks like.

JLL experts also expect large biopharmas to play an outsized role in the funding and acquisitions space, as they sit atop a mountain of cash, though they expect “further belt-tightening” into 2023. It seems the overall sentiment is that even as the innovation engine takes a licking, it keeps on ticking.

Lisa Henderson is Pharm Exec’s Group Editorial Director. She can be reached at lhenderson@mjhlifesciences.com. 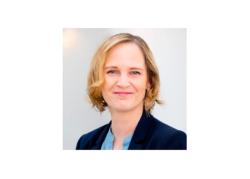 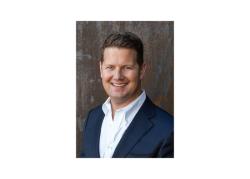 At the Heart of Pharma: ESG has Arrived as a Central Strategy