The Importance of Embracing Diversity

After the George Floyd incident in May, I received a flood of company statements on diversity in the workplace. I was left to wonder, however, how deep the message actually went. Most companies realize the importance of diversity and inclusion (D&I) and many even have resource groups to address such issues. But as the weeks following the incident pressed on, I heard little more and was left to believe that many companies may be getting stuck in the subsequent dialogue.

Stephen Frost, CEO of Frost Included, an organization that provides diversity and inclusion solutions, says he would currently give pharma a “B” grade when it comes to diversity in pharma. While companies are good at complying with legal benchmarks, he says some fall short when it comes to delivering positive marketing messages about diversity that have substance. But the real challenge is turning those messages into action with inclusion.

“Systemic issues, such as limited role models, have caused a dearth of diverse talent in senior levels within the pharmaceutical industry,” says Dr. Tracy Duberman, president and CEO of The Leadership Development Group. “We know that children often follow the lead set by their parents. If people grow up with parents in a scientific field, they are more inclined to see themselves in that type of career. For communities that lack those role models, it’s harder for children to imagine those professions for themselves, so they don’t necessarily gravitate toward them.”

In a CNBC interview following the George Floyd incident, Merck Chairman and CEO Ken Frazier spoke about “closing the opportunity gap” and the value of internships that offer minorities the chance to work in pharma. Many times, if interns prove themselves, they are asked to stay on. This helps fill the pipeline with members of communities that are underrepresented.

“The way to create a diverse pipeline is to start people young,” says Duberman. “An effective way to do so is through leadership development that includes a sponsorship component. Sponsors, typically key decision-makers in organizations, are committed to promoting their proteges and work to advocate for stretch assignments for their proteges to grow early in their careers. To make it stick, organizations have to commit to embedding diversity as part of their overall culture, mission, vision, and values.”

A diverse workforce goes beyond enhancing employee equality; it also helps increase productivity. The 2020 Diversity Wins report from McKinsey & Company revealed that the most gender-diverse companies are 48% more likely to outperform the least gender-diverse companies. The 2019 data also found that companies in the top quartile for gender diversity on executive teams are 25% more likely to have above-average profitability than companies in the fourth quartile; that number is 36% in the case of ethnic and cultural diversity.

And according to a December 2019 Morgan Stanley report, companies with the strongest racial and ethnic diversity are 35% more likely to have financial returns above their industry medians, and business teams outperform on sales and profits when their gender mix is equal.

When you consider that similar backgrounds and information often produce similar results, the value of different viewpoints is clear: Diversity drives innovation. “That push and that pull, that constructive conflict, is important to solve problems,” says Duberman. “Because if everybody’s always in agreement, then you’re not necessarily finding the breakthrough answer.”

Unfortunately, there’s no quick fix to incorporating diversity into the workplace. It requires behavioral change, which experts say can take up to three months. To break out of old patterns, companies should start by tracking data, having honest discussions, and addressing the cognitive dissonance between how people act privately and how they like to be seen acting in public. To close that gap, leaders can take simple actions, such as talking less and listening more in meetings, to show that all opinions count.

“The totality of these actions can then be tracked over time as behavioral change,” says Frost. “The importance of this is that it’s not me telling you what to do, but it’s about you figuring out your own cognitive dissonance, based on the evidence, and then practicing [new behaviors]. To create behavioral change, which is the real value, you need to get into that kind of leadership work.” 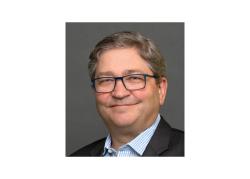 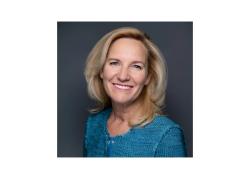