The surprise victory of Donald Trump opens the door to new strategies for providing healthcare to Americans, including coverage and oversight of prescription drugs.

The surprise victory of Donald Trump gives control of the White House and Congress to  Republicans, opening the door to new strategies for providing health care to Americans, including coverage and oversight of prescription drugs. Republicans in Congress have long sought to scale back the Affordable Care Act (ACA), and Trump promised such action during the campaign. The new president also backed initiatives to curb outlays on prescription drugs, and public outrage over high-cost medicines provides pressure for action in this area.

That said, it will take several months for the new administration and the new Congress to be ready to evaluate new health and regulatory proposals. Several key House and Senate panels will change members and chairs due to tenure limits, retirements and electoral changes. The president needs to appoint and gain Senate confirmation for hundreds of new officials to head federal departments and agencies. This includes the Department of Health and Human Services (HHS), and leaders for the Food & Drug Administration, the National Institutes of Health, and the Centers for Medicare and Medicaid Services.

Consequently most health related issues may linger on the back burner for the near future. Even staunch Congressional opponents of Obamacare will not want to eliminate coverage for the millions who have gained insurance through the ACA, especially low-income populations and those with pre-existing conditions. In addition, the nation’s hospitals, doctors, insurers and state Medicaid programs have adjusted to the new program and would oppose broad-scale changes without considering options and consequences.

However, the need to extend funding for the Children’s Health Insurance Program (CHIP) by September 2017 provides a prime opportunity to enact health program changes. CHIP is popular with states and the public in general and would provide a vehicle for a range of health reform proposals, including revisions in Medicare drug coverage and Medicaid programs.

Another legislative high priority is to renew FDA user fee programs that also expire Sept. 30, 2017. The tight timeframe for moving user fee legislation through Congress sets the stage for broader legislation that includes new policies and programs related to pharmaceutical R&D, marketing and coverage, many included in the the 21st Century Cures bill.

Legislators also will be looking for user fee legislation to carry a range of proposals for requiring greater transparency in the process for setting drug prices, rebates and patient copays. Reformers have proposed that the Federal Trade Commission gain more authority to intervene in “pay-for delay” deals between brand and generic firms, and others seek to boost Medicaid rebates on products that raise prices faster than inflation. Policy makers also are looking for more disclosure of the role of pharmacy benefit managers (PBMs) in shaping prices and patient co-pays, as manufacturers and insurers both point fingers at these operations for failing to pass on savings from discounts to patients.

Both presidential candidates backed proposals to authorize Medicare to negotiate prices on certain high-cost therapies. However, Medicare would have difficulty pressing manufacturers for lower prices without being able to deny coverage for a specific product, as is common with commercial health plans and insurers. An added complication is that Medicare drug plans are required by law to cover certain classes of drugs, a policy that would be hard to change.

Members of Congress often complain that FDA should do more to approve new generic drugs faster to provide more competition to high-priced medicines. Agency officials have highlighted their success in moving new generics faster through its approval process, and anyone familiar with drug patent law and FDA procedures understands how the agency is limited in what it can do to enhance competition, particularly for drugs with limited demand or high production costs. Yet demands for more low-priced drugs and biosimilars will continue to surface.

Politicians looking to take on drug pricing, though, may think twice following industry’s victory in quashing to California ballot measure to curb drug price hikes. Pharma companies spent more than $100 million to convince Californians that Proposition 61, which aimed to link payments for drugs under state programs to those paid by the Department of Veterans Affairs, would harm the vast majority of state residents. Pharma won support from veterans’ groups fearing higher personal drug bills and ran a massive media campaign to erode support. Trump earlier said he would take on powerful Washington lobbyists, including pharmaceutical companies, but he may go slow on that idea.

Despite complaints from Republicans about too-high drug prices, it’s not clear what President Trump’s strategy will be. Sweeping changes are not likely in the near future. That will leave time for biopharmaceutical companies to build the case for continued investment in new important therapies, and for the adoption of value-based reimbursement models that better fit the broader shift to insurance and payment plans based on value and quality of care. 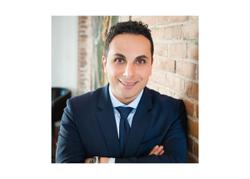 The Foundations of Pharmaceutical Industry Compliance