Want a Good Reputation? Earn it.

The companies with the best corporate reputations have responsibility initiatives that earn their way, but very few of them started in response to a perceived problem or a bit of bad press.

Many years ago, Teva, a generics company, was entering the multiple sclerosis market. They were unknown. Their drug, Copaxone, faced multiple registration and reimbursement challenges—for a start, it is a random polymer composed of four amino acids and no one really knows why it works in MS.

No doubt they did their share of sponsorships and academic grants, but they knew that they would need strong civil society support.

So, they did something radical: they went and asked people with MS what mattered most to them. It wasn't tips on healthy living, or advice on getting state benefits, or even help with access to treatment; it was work.

People with MS often can't work and they want to work for all the reasons that the rest of us want to. Teva funded a program with the International Federation of MS Societies (now MS International Federation) that began in 1995 for career counseling and vocational training and used not just Teva's money, but its ability to convene other corporate partners.

As far as I know, it never won an award or got featured in the Wall Street Journal and, sad to say, it didn't make the agency involved rich but it secured Teva a place at the table among leaders of the global MS movement who had barely heard of Teva before. I don't know what happened to the corporate partnership but the program is still there.

This is corporate leadership at its finest. The key component was marketing 101—listen to your customer, and try to make their lives easier for them. Teva went on in its marketing of Copaxone to create a patient support group called Shared Solutions—a 24/7 support group for Copaxone users (it requires a daily injectable) and support in general for people with MS whether they take Copaxone or not.

Last month the New York Times dubbed Teva as the biggest generic drug maker in the world that secured its rise through aggressive acquisitions, strategic discipline, quality control, low prices, an infectious devotion to corporate frugality, and an ability to put its customers first.

"We're kibbutzniks," CEO William S. Marth, 55, an Irish Catholic who grew up in Chicago and not on a citrus grove in the Negev, told the Times. "Frugality doesn't mean doing less. It means doing as much or more with less."

Corporate reputation programs sometimes embrace them, but rarely include verifiable measures that they have helped the company rather than the recipients.

Teva could show that their subsidiaries built a working relationship with MS societies and could measure the change in awareness of both the company and its research among people with MS who belong to MS societies (the catch, of course, is that most people with chronic diseases don't ever contact the societies that claim to speak for them).

Another company funded a European Parliament working group on a disease area. Members of the European Parliament have nothing to do with reimbursement or treatment policies and have no identifiable influence on what EMEA registers or refuses. But the working group was a route to involve national legislators and was a magnet for civil society groups in the field who wanted to affect things that MEPs can influence or even control. The company could track carefully what the secondary contacts thought about access to treatment. Since it controlled well over 50 percent of the market, the predictable lack of recognition of the corporation's support was not an issue. The secondary benefits mattered far more than the absence of a primary benefit.

Most of the good programs are not obvious. After the bruising pricing and access debates of the 80s and early 90s, GSK (or Glaxo Wellcome as it was then) had a real problem with AIDS activists and was frozen out of many of the forums that would decide the future of treatment protocols: remember that activists are integral to decisions about who to treat, when and with what. Many other companies irritated the activists with old-fashioned image campaigns or misguided corporate hospitality or a desire to identify themselves with the acceptable face of HIV.

GSK began Positive Action and made a conscious decision to fund the bold, the risky and the controversial. I would guess GSK has spent less than several other companies in the field in the 20 years since, but it has received unique recognition among NGOs.

I know that there were uncomfortable meetings talking about the problems of male prostitutes or the funding of programs to give clean needles to drug users, but leaving the corporate comfort zone delivered a level of corporate brand affection in key target audiences that is so high that it can be reliably measured while rival programs blend into a blur of training initiatives. 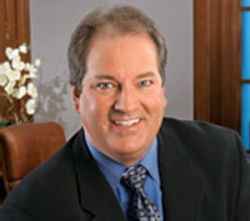 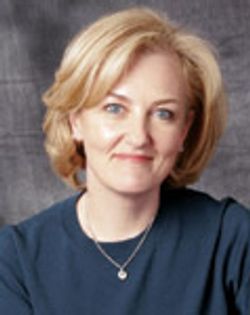 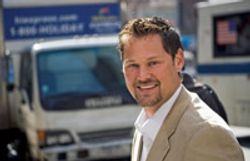