Tuberculosis (TB) advocacy campaigner Treatment Action Group (TAG) has reached a milestone in improving access to TB treatments. The efforts of the research and policy think tank were fruitful as Sanofi reduced the 340B federal discount program price of Priftin (rifapentine) from $73 to $51 and further in January to $32 per box, according to TAG's website. The collective action resulted in a historical win for the TB community with a 57% reduction in Priftin's cost, says Erica Lessem, TB/HIV project assistant director. And in spite of the aggressive stance taken by TAG, including two open letters to Sanofi and pressure by way of the #shameSanofi twitter countdown, the Paris-based drug company is today "more committed than ever to TB treatments."

"TAG vows to do more than just get in the room" to drive drug development for TB elimination, says Colleen Daniels, TB/HIV project director. TAG wants to be certain, she says, that its presence isn't merely a box for drugmakers to check, but a signal for meaningful engagement around a patient-centered approach.

Using similar bold and direct tactics for Sirturo (bedaquiline), TAG and a TB coalition sent an open letter to Janssen in September appealing for a reduction in the drug's price for all non-high-income countries as well as a meeting with the company, policymakers, and key funders of TB drug procurement. Janssen has indicated interest in negotiating on the price of Sirturo, says Lessem. TAG has been involved in the design of the next set of Sirturo's studies and has pushed Janssen to assure trials that are rigorous scientifically and ethically, she notes.

In contrast to the collaboration between TAG and Janssen, Japan's Otsuka has taken a more closed-door approach to working with the think tank. Lessem says the lack of openness and responsiveness to the TB advocacy community is an indicator of a less rigorous trial protocol, and ultimately, the result has been less success with regulatory agencies for Otsuka's Deltyba (delamanid), which only has approvals in Europe and Japan so far.

TAG's roots date back to the early era of AIDS activism. In 1992, several members of the Treatment and Data Committee of ACT UP (the AIDS Coalition to Unleash Power) left to establish TAG, to push for clinical trials and evidence-based approval of HIV drugs. Now the science-based think tank divides its efforts across HIV, and its deadliest co-infections, TB and hepatitis C, according to Daniels.

There are around two billion people with latent TB infection, and we need to be able to prevent them from developing active TB, which kills around 1.5 million people a year, says Daniels. There are not enough efforts in pharma working on preventing TB activation, especially for those possibly infected with drug-resistant strains of the disease.

In endemic areas like South Africa with simultaneously high rates of TB and HIV, patients take drugs that have been in use for 60 years. The drugs have major toxicity and tolerability issues and must be taken in sequence under close supervision; stopping the drug results in loss of the treatment's effect, Daniels explains.

We need drugs that can be taken for shorter duration with better tolerance and adherence, but there are few prospects for improved therapies, she says.

The drug development process in TB is "absolutely broken," adds Lessem. "The incentives for R&D are all in the wrong way so that it's not actually about getting drugs into patients. Its about making money in the big markets," she says. "There are few companies actually investing in TB research, and we've actually seen, recently, that Pfizer and AstraZeneca have pulled out." Last year, TAG reported the first decline in global funding for TB research since the organization began tracking numbers in 2005. This decline was driven primarily by pharmaceutical companies abandoning TB research. With total investments under $100 million, private sector companies spent less on TB research in 2013 than they did in 2009, at the peak of the economic crisis. Many in the TB community are pessimistic when talking about controlling the disease. "We want to change the discourse in TB so that we coalesce around a vision," says Daniels. "We can get to TB elimination."

TAG works globally but has a domestic focus working with minority populations on drug pricing and access in the context of the Affordable Care Act and different state exchanges. The organization looks at how structural and social factors prevent treatment and care from being implemented effectively in the US, notes Jeremiah Johnson, HIV prevention research and policy coordinator for TAG.

A major topic the group has confronted has been pre-exposure prophylaxis (PrEP), says Johnson. A big problem is that those who would most benefit from PrEP still need greater access to accurate information about their risks for acquiring the virus as well as all of their options for avoiding seroconversion.

Truvada from Gilead has hit a political "minefield," says Johnson. "I think there is some interest in the market," he notes. "But it's hard to gauge what Gilead's real perspective is. The community isn't completely behind pre-exposure prophylaxis and there are fears around reducing condom use, and questions around how the therapy works with existing prevention efforts."

Gilead has been willing to help sponsor community organizations to create their own PrEP campaigns, but lately is taking a more hands-off approach, says Johnson. 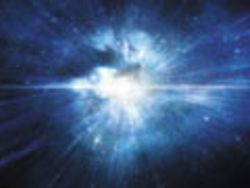