The PBS has subsidized drug prices for more than 50 years, but medication costs have escalated recently, partly as a result of inappropriate prescribing. The Australian Pharmaceutical Manufac-turers Association (APMA) proposed the idea because it believes its representatives are well placed to explain the restric-tions the PBS places on their company's products. The government also announced several other measures aimed at reducing PBS expenditures by a total of A$1.9 billion during the next four years.

One measure increases the amount patients must pay for each prescription by A$1 for concessional cardholders to A$6.20 for general patients. That measure alone may save A$1.1 billion over the four-year period. Yet, APMA slammed the initiative, claiming it will put essential medicines out of many patients' reach. Its research shows, in fact, that much of the savings will come from patients' inability to afford their prescriptions. (See "Total Savings to Government.") 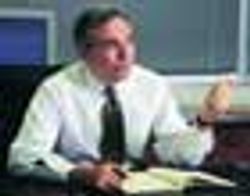