Marketing exclusivity is the lifeblood of the US pharma industry. Every day a brand-name drug is on the market without generic competition brings tremendous revenue to its manufacturer.

Marketing exclusivity is the lifeblood of the US pharma industry. Every day a brand-name drug is on the market without generic competition brings tremendous revenue to its manufacturer.

Consider, for example, that by the end of 2002, an estimated 40 pharmaceuticals-generating a combined annual revenue of more than $16 billion-will either go off patent or lose existing market exclusivity in the United States. Sales for some of those products exceed $4 million a day. Extending exclusivity by a few months, weeks, or even days represents significant revenue by any standard.

The Best Pharmaceuticals for Children Act (BPCA), signed into law by President Bush on January 4, 2002, gives pharma companies another opportunity to extend their market exclusivities by six months. But many manufacturers will continue to let this valuable opportunity slip away because they fail to recognize all the advantages pediatric exclusivity has to offer. This article outlines the provisions of that act and how they affect the industry and explains what pharma companies can do to obtain exclusivity.

The BPCA extends, until October 2007, the pediatric exclusivity provision of the Food and Drug Administration Modernization Act of 1997 (FDAMA)-with some amendments. Congress enacted the program initially because it recognized that there was a lack of information about the effects of drugs and biological products in children. Its sole purpose is to entice pharma companies to conduct pediatric clinical studies to generate that information.

The procedures for candidates in the approval process are essentially the same as those for approved products, except that non-approved drugs need not be on FDA's priority list. Also, such studies need not be completed before the new drug application (NDA) for non-pediatric use is approved.

Even if a pharmaceutical company does not receive a written request from FDA, it can submit a proposed pediatric study to the agency and request that it issue a written request for the drug. In fact, the agency strongly encourages manufacturers to submit such proposals. As of November 1, 2001, FDA had received 281 such submissions. Of those, 208 resulted in the issuance of a written request. The procedure for asking FDA to make a drug eligible for pediatric exclusivity is provided on FDA's website, www.fda.gov/ cder/guidance/2891fnl.htm.

Convincing FDA to issue a written request for a therapy can be tremendously valuable to pharma companies, especially if they have one or more unexpired US patents covering an approved product or its use. However, manufacturers must submit their proposed pediatric study requests with sufficient time to permit

Pediatric exclusivity is intended as an add-on to existing marketing exclusivity or patent protection. If the product's patent expires before the pediatric data is submitted and accepted by FDA, no six-month pediatric exclusivity will be awarded. Preferably, companies should submit their requests at least three years before the expiration of a US patent or exclusivity period. (See "Timing is Everything,") If a company is unfamiliar with FDA practice, it should consider hiring outside counsel familiar with the agency's regulations.

To all that applies

Nevertheless, such exclusivity has limited value because it applies only to the product's use in children, not adults. Thus, during the three-and-a-half-year combined exclusivity period, FDA could still approve a generic product for use in adults. Although the generic would not be approved for children, doctors would probably prescribe it "off-label" to children during the pediatric exclusivity period and beyond, substantially weakening the value of the pediatric exclusivity. For that reason, manufacturers typically do not pursue three-year Hatch-Waxman exclusivity for a pediatric indication if a generic for the same product can be approved for adults during that time.

BPCA contains many of the same provisions as the original FDAMA program. Following are three examples:

Specifically, BPCA allows such generics to be approved if the labeling includes a statement indicating that, because of marketing exclusivity awarded to the brand-name manufacturer, the product is not labeled for pediatric use. BPCA also authorizes FDA to include in a generic's label any appropriate pediatric contraindications, warnings, or precautions, regardless of whether such information is protected by patent or other exclusivity.

That change in the approval process is good for generics and lessens the value of pediatric exclusivity. For example, if the label of the brand-name product is indicated for both children and adults, but the Hatch-Waxman exclusivity for adult use has expired, a generic can then be approved for use in adults, which means US doctors can prescribe the generic "off-label" to children during the Hatch-Waxman exclusivity period for the pediatric indication.

If the company does not agree to conduct the pediatric studies specified in the written request, FDA can authorize the National Institutes of Health to award a grant to conduct such studies, even though the drug has remaining market exclusivity.

Extended sunset provisions. Under FDAMA, FDA could not accept applications for written requests after January 1, 2002. BPCA permits FDA to continue accepting such applications, but it provides that no product can receive a six-month pediatric exclusivity period unless FDA makes a written request for that therapy on or before October 1, 2007. (See "Advance Planning.") 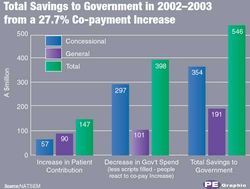