Back Page: Heart of Gold

I feel vulnerable to accusations that I work on the dark side, that I've sold out to corporate medicine.

A song on Neil Young's protest album, Living With War, asks whether the restless consumer will grow tired of Madison Avenue lies, including those Young attributes to the drug industry:

Tellin' me how sick I am

Don't want to know how many people are like me

Don't need no side effects like diarrhea or sexual death

Even though the drug industry develops medicines that benefit millions of people, it ranks among the least trusted industries in opinion polls of consumers. On a GfK NOP/Market Measures survey of 1,000 consumers conducted in March 2005, only 21 percent gave the pharmaceutical industry a favorable rating. A Wall Street Journal/NBC News poll conducted in January 2005 found that only three percent of people polled believed that drug companies were working for the public good; 76 percent said they were most interested in making a profit.

If consumerism and patriotism stand opposite each other, as Young's song, "Restless Consumer," implies, I wonder whether working in the pharmaceutical industry is offensive to Americans. To be sure, "Restless Consumer" also targets the American addiction to oil and materialism, relating it not only to war but also to the greater failure to address problems of poverty. I'm particularly sensitive to Young's lyrics about the industry, perhaps because I worked in managed care before I joined pharma. I feel vulnerable to accusations that I work on the dark side, that I've sold out to corporate medicine.

Young's verse about pharmaceutical marketing also pains me because he has been one of my favorite rock artists for decades. I own almost everything Neil Young ever released on vinyl, CD, laser disc, and DVD. I'm one of those balding 50-something guys you see rocking out in a 12-speaker, Bose-equipped Infiniti-FX, sliding toward old age even as I take my 20-year-old son to the opening-night concert of the Crosby, Stills, Nash and Young Freedom of Speech '06 tour (also dubbed "Soapbox '06" by the tongue-in-cheek Young).

I don't feel as though I've committed any sins by working for Big Pharma, but I do recall reading confessional essays from physicians who have worked in managed care, seeking forgiveness for repeatedly saying "no" to their colleagues: No, you can't be reimbursed for this, and no, your patient cannot have that procedure. As a pharmaceutical physician, however, I don't feel the need to apologize.

I'm involved in cutting-edge clinical trials. I help design care-management programs, primarily for patients with severe and persistent mental illnesses. I also review marketing material for medical accuracy. Neil Young may have heard enough about nausea and diarrhea on television, but accurately describing medication side effects is critically important for consumers. FDA also requires this information as fair balance.

Making scientifically supportable product claims—and not misleading the public—is also important. In fact, the expertise of pharmaceutical physicians helps create advertising and promotional material that is true to the medical and therapeutic realities of treatment, which helps accurately convey beneficial outcomes.

The greatest compliment anyone ever paid me was calling me a double agent. The individual meant that, by working on the "inside," I probably have better opportunities to improve patient care than I would in private practice. I admit that healthcare administration is an unconventional career path for a physician, but it can be rewarding, sometimes even redemptive. Neil Young is not the only one who's seen the needle and the damage done.

Arthur Lazarus, MD, is senior director, clinical research, for AstraZeneca. He can be reached at arthur.lazarus@astrazeneca.com 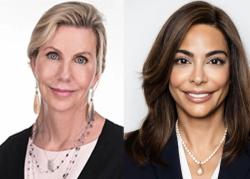